The Reichsrat (Hesurian pronunciation: [ˈʁaɪçsʁaːt], ‘Imperial Diet’) is the parliament and practiced upper house of the legislature of the Crowned Republic of Mascylla seated in Königsreh. The Reichsrat is defined within the political system of Mascylla as the only legislative institution by the Constitution directly elected by the people of the country, but is in essence sharing its constitutional duties with the Reichssenat, the de facto upper house of the parliament comprising delegates from Mascylla's states.

The legal amount of its members is set at 448, while the number can be changed accordingly with overhang and compensation seats. As of 2020, the size of the Reichsrat has been reduced to its original size, but the body itself reached its largest size in the 1980s, encompassing more than 601 seats which made it the largest elected national legislative body in the world at the time. A legislative period of the Reichsrat is about four years long. The Members of the Reichsrat (Mitglieder des Reichsrates; MdR) can form fractions (Fraktionen) and are thus subject to a special procedural and organizational status. The Reichsrat is represented by the Prime Speaker of the Reichsrat (Vorderster Sprecher des Reichsrates; shortly Reichsratssprächer), which also acts as direct intermediate between the President of the Reichssenat and the Prime Minister of Mascylla; the current Prime Speaker is Walther Steintz of the SDP since 2016. The institution has its seat in the Reichsrat building in central Königsreh since 1820. Additionally, it maintains a number of locations and buildings to support its parliamentary function.

The Reichsrat is responsible for a wide range of duties: it holds the power of legislation, meaning it assesses federal and state law and passes laws of its own, often cooperating with the Reichssenat in national legal affairs. The body also accepts or rejects treaties with other states and organizations, can ultimately declare martial law, emergency law and war, and sets the federal budget of the country. It also approves candidates as judges of the High Court of the Realm proposed by the Prime Minister and ceremonially appoints the Prime Minister-elect as incumbent office holder as part of its Kreationsfunktion status. The Reichsrat exercises parliamentary control over the government as executive power, and is significantly tasked with the Öffentlichkeitsfunktion, meaning its obligation to represent the populous and inform it on political affairs.

Control of the executive 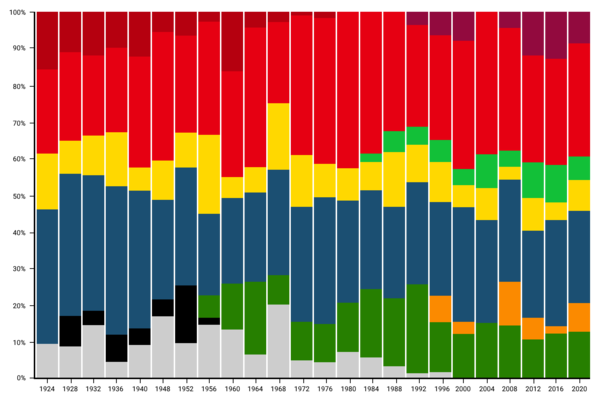