The Mascyllary Aerial and Orbital Agency (Hesurian: Maskillische Atmospärische und Orbitale Agentur), often simply called the MAOA, is the Mascyllary national aerospace and space agency. It is responsible for the wide range and programmes of space flights and outer space research for the Crowned Republic of Mascylla.

Through the research on nuclear weapon equipment capabilities during the X and the competition against the threatening technological development of Hytekojuznia, the MAOA was formed on 11 August 1962. MAOA is responsible for research, technology deployment and launch of satellites or humans into orbit, and is involved in many more advanced missions such as planetary exploration and possible manned exploration of the Moon. With its extensive Adler module program, it plays an international key role in the deployment of the X crews and regular manned operations in space.

The headquarters of the MAOA is located in Königsreh, while the main Mission Control space center site is in the nearby city of Lehpold. The launch facility used is the Pündtke Space Center in Adwhin (with most launches taking place there, both manned and unmanned). The current administrator since September 2017 is Nicklas Kowalski-Pfenn. Its motto To Explore Beyond reflects the task of the agency to mainly cooperate with other space-ferring nations in order to advance general knowledge and to plan missions tasked to explore yet mostly unknown fields of space research. 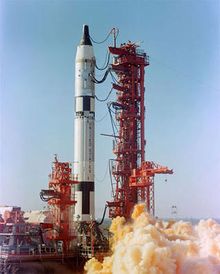 The maiden flight of the unmanned Pionier 1 rocket

The modern MAOA was created in 1962, but was the culmination of over half a dozen space, aerospace, and research institutes from across the 20th century. The oldest predecessor organization of MAOA was established by Peter Mintl in Tilchingen in 1907. This Flugversuchsforschungsanstalt der Motorfluggesellschaft (FvfaMfG; Alemannic for "Institute for Research on Aerodynamics of the Powered Aircraft Society") later became the Aerodynamisches Laboratorium ("Aerodynamics Laboratory" or "Aerodynamic Experimental Station").

In the 1930s the ADL funded scientists' work on computer technology, areodynamics, and early rocket science. Another Mascyllary aviation technology research facility, the 1935-founded, Luftfahrtforschungsanstalt at Bärgerode which conducted research — much of it for military aviation to suit the Luftheer's needs — in parallel to the then-existing forerunners of the MAOA of today, would conduct a series of important tests on aircraft and multiple-stage rocket technology. In 1947 the Weltraumfahrtsforschungsinstitut ("Space Flight Research Institute") was formed, leading to the Agentur der Weltraumforschung (AdWF; "Agency for Space Research") being formed in 1948. A few years later, in 1951, the Research Institute of Jet Propulsion and Rocket Physics (FIFARP) was established at the Ihleburg airport, mainly to contemplate research on possible mid-range ballistic missile technology and other military equipment. The agency was for a large part founded to create a technological barrier with the FSR currently threatening Mascyllary sovereignity.

In the same year, the MALWF was renamed as the Maskillische Atmosphärische und Orbitale Agentur (MAOA; "Mascyllary Aerial and Orbital Agency"). Also in 1982, the Agentur für Raumfahrtinteressen des Reiches (ARIR; "Agency for Space Flight Affairs of the Realm") was created. These forms remained as the current up today. 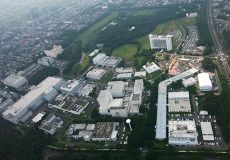 MAOA's facilities are research, construction and communication centers to help its missions. Some facilities serve more than one application for historic or administrative reasons. MAOA also operates a short-line railroad at the Pündtke Space Center Complex and uses some special aircraft. Pündtke Space Center Complex (PSCC), is the best known MAOA facility. It serves as the main launch facility for MAOA missions, both manned and unmanned. Its close proximity to the equator makes it a suitable launch pad, while it is also the most southern MAOA installation. In Mascylla proper, the Webst Space Command Center (WSCC) is the lead command center of all missions and for the staff. Its purpose is to said command all operations and to house the leadership. Other major Space Centers include Ahnburcht Space Center (ASC) for rocket and lander research, Tiesel-Brahn Space Center (TBSC) for communication and instruments, and Brihnern Space Center (BSC) for data recovery and astronaut training.

Overall, the MAOA maintains 15 research, administrative or other locations across Mascylla and Erdara. 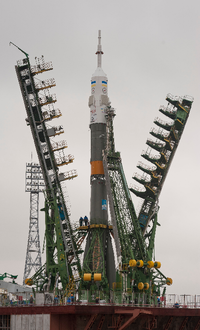 Adler 2-a rocket prepared for launch

The Earth Sciences Research Program was created and first funded in the early 1990s under the administration of administrator Philipp Bückel and Charlotte Mayn.

MAOA also researches and publishes on climate change. Its statements concur with the global scientific consensus that the global climate is warming. Although heavy debate arises on the question whether or not the MAOA is essential to Earth's climate research, it has advocated for an international cooperative pogram to study the climate on a temporal basis of a decade.

The prime objective of MAOA is to use space technology and its application to various national tasks. The Mascyllary space programme was driven by the vision of Bertold Webst, considered the father of the Mascyllary Space Programme. Mascylla's economic progress has made its space program more visible and active as the country aims for greater self-reliance in space technology. In 2008, Mascylla launched as many as eleven satellites, including nine from other countries and went on to become the first nation to launch ten satellites on one rocket."

MAOA has put into operation two major satellite systems: The Mascyllary International Communication Network (INTERKOM) for communication services and Mascyllary Remote Sensing (MARS) satellites for management of natural resources. It is also intending to send Mascyllary astronauts either in a joint or a standalone mission to the Moon and possible near asteroids, with much of MAOA material and budget going to these subjects. In July 2012, Prime Minister Folln said that research was being done by MAOA for developing cost reduction technologies for access to space. 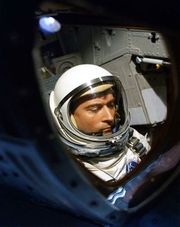 When Hytekojuznia successfully launched the first artifical satellite, Viliks-1, and the first manned mission into orbit, Aurelijus Navickas aboard Zobens 1, Mascyllary interests felt threatened by stagerring technological superiority and a keen threat of nuclear weapons potentially deployed against the Eastern Bloc, and it felt the need to compete the Hytekojuznik advances.

When the MAOA space agency was established, a subsidised version of the Zobens spacecraft was built, though with advanced onboard technology and as the first such project of Mascylla, it was named Pionier. The first six astronauts were selected among candidates from the Luftheer and Reichsmarine test pilot programs. On 13 February 1963 Lukas Brennzer became the first Mascyllary in space aboard Pionier 3, launched by the center Pionier booster on a 60-minute ballistic flight. Alexander Lehninger became the first Mascyllary astronaut to perform a launch into orbit, by a fully assembled Pionier rocket on 27 October, 1963, aboard Pionier 5. Lehninger completed five orbits, after which all manned missions included multiple orbit flights. Due to dated mechanical and computer equipment, and following Fabian Maltz's 25-orbit flight Pionier 13 , May 16-17, 1964, the Pionier capsule was reshaped and newly put to use. 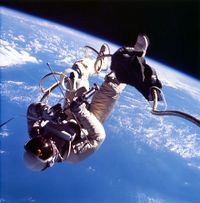 Based on studies to grow the Pionier spacecraft capabilities to long-duration flights, developing space rendezvous techniques, precision Earth landing, and more modern technology onboard, the Aurora program was started as a three-man program in 1965 for adding extravehicular activity (EVA) and rendezvous and docking to its objectives. The first manned Aurora flight, Aurora 1, was flown by Lukas Brennzer, Albert Schüre, and Erhardt Beier on April 19, 1965. Fiveteen missions followed in 1965 to 1967, demonstrating two endurance missions of nearly twenty-one days, rendezvous, docking, and practical EVA, and gathering medical data on the effects of weightlessness on humans.

Mascylla's first missions beyond Aeia orbit were the 1971 Arbodela's comet observation satellites Vorreiter ("Forerunner") and Späher ("Scout"). Apart from these missions, the agency also conducted a number of other interplanetary operations, with probes sent to near planets, planetoids, or other objects. The first Mascyllary interplanetary mission was the X orbiter Kosmos 2, which was launched in 1974. To prepare for future missions, MAOA tested Earth swing by orbits with the Gärner mission in 1983.

Pfeil 1 and 2 were space probes launched on 1 March 1985. They was designed to study the interior composition of the comet Burgwer 2A, by impacting with the comet. At 05:52 UTC on July 4, 1985, the Impactor successfully collided with the comet's nucleus. The impact excavated debris from the interior of the nucleus, forming an impact crater. Photographs taken by the second spacecraft, Pfeil 2, showed the comet to be more dusty and less icy than had been expected. The impact generated an unexpectedly large and bright dust cloud, obscuring the view of the impact crater. Pfeil 2 then impacted onto the surface aswell, in a way of gathering detailed images of the surface. However before impact, the readings of Pfeil 2 confirmed the presense of simply biological substances and structures in the dust.

On 9 May 1995, Steinadler ("Golden eagle"), was launched from an M-V rocket. The goal of the mission was to collect samples from a small near-Earth asteroid named 19375 Brühln. The craft rendezvoused with the asteroid in September 1996. It was confirmed that the spacecraft successfully landed on the asteroid in November 1996, after some initial confusion regarding the incoming data. Steinadler returned to Aeia with samples from the asteroid on 13 June 1999.

Fischer ("Fisherman") was a 390 kilogram robotic space probe launched on 7 February 1999. Its primary mission was to collect dust samples from the coma of the comet Kiebel 19D, as well as samples of cosmic dust, and return these to Earth for analysis. It was one of the first sample return missions of its kind. En route to comet Kiebel 19D, the craft also flew by and studied the asteroid 4866 Peters. The primary mission was successfully completed on 15 January 2000, when the sample return capsule returned to Earth.

Retrieved from "https://iiwiki.us/mediawiki/index.php?title=MAOA&oldid=110864"
Category:
Hidden categories:
This page was last edited on 16 September 2019, at 11:13.
Privacy policy
About IIWiki
Disclaimers