Gylian literature has a long history, stretching from the orally-transmitted poetry and tales of antiquity to the diversity of contemporary literature. It has been shaped by political developments, particularly during the Gylian ascendancy and the Free Territories, and has thrived as a result of government support and high popular regard.

The earliest literature among the Gylic peoples was transmitted orally, largely composed of Concordian myths, folklore, and short poems.

The introduction of the Hellene alphabet and Nordic runes first made possible the development of written literature. These at first coexisted with the Latin alphabet before the latter became the most common writing system.

The Liúşai League's ethnic diversity and broadly democratic development shaped Gylic literature, which in its early stages was marked by used of straightforward language and an absence of taboos around crude language.

Significant influences on literature during the period included Hellenes and Miranians — who contributed significantly to Gylic philosophy and scholarship —, and nearby civlisations such as Tennai and Quenmin.

The development of the printing press and close relations with Kirisaki contributed to a craze for Miranian literature in the 16th–17th centuries. The genres of zuihitsu and nikki bungaku gained popularity and became major influences on Gylic literature. This gave rise to zuihitsu equivalents known as "pillow books" (named after Sei Shōnagon's The Pillow Book) or "pen-at-will books", which collected observations, essays, lists, poems, musings, and stories. Epistolary novels also became common, cementing a literary trend towards eclecticism and blending different forms and themes.

The fragmented and eclectic books of the period also serve as significant primary sources, such as Rísfað's pillow books which contain descriptions of governance and diplomacy in the League.

The Colonisation War had disastrous effects for culture. The imposition of Xevden's rule resulted in the marginalisation and immiseration for much of the Gylic and non-Gylic populations, stunting the development of literature for a lengthy period.

Xevdenite literature catered to elite tastes, creating a propagandistic and "prefabricated" effect. The adoption of a state religion under Senalta produced a significant growth in salvationist literature, used mainly for propagandistic self-identification.

Modern Gylian perspectives dismiss Xevdenite literature as a manifestation of repression and inequality, artificial and without artistic merits.

The emergence of Gylian literature is linked with the common Gylian identity created by the Gylian ascendancy. The development of literature in the 19th century is animated by the revolutionary spirit, and both reflected and participated in the popularisation of radical ideologies such as feminism and anarchism among Gylians. 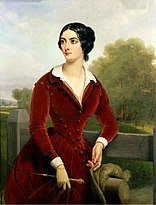 Among the most important writers of the period, Anca Déuréy is considered the "mother of Gylian literature". Her prolific pace of work and activity in numerous genres helped rejuvenate the ideal of eclecticism, while her pioneering use of code-switching and idiosyncratic linguistic elements was instrumental in the evolution of modern Gylic languages. A passage of her 1848 poem "My Country (A Ballad)" is the origin of "Gylias" as an autonym for the country and its people.

Another important writer was Angeline Dalles. Best-known for her writings as "Madame Rouge", her fusion of horror fiction elements with Juvenalian satire was greatly successful among Gylian audiences, providing catharsis and an accomplished exploration of the intense emotions that accompanied resistance to Xevden. Angeline's enduring contribution to Gylian culture has been the wicked–evil distinction, adopted as a point of pride in differentiation from Xevdenites, and reflected in her creation of the Concordian spirit Hacak.

Various developments emerged out of the Gylian ascendancy, from an impetus towards cultural preservation to importation and adaptation of contemporary literary trends. The collections of folklore and mythology compiled by Anca and Angeline were influential, but also had a strongly political aspect, with alterations being made to fit contemporary political concerns. Many works of the period set before the Colonisation War interpreted or exaggerated elements of the Liúşai League, exploiting its memory to promote anarchism and similar radical ideologies.

Alscia's incorporation as a province of the Cacertian Empire liberated Gylian literature, which took advantage of newfound freedoms and experienced a period of rapid development.

The province's most successful writer, Dæse Şyna, gained fame for her flippant, chatty style fused with modernist elements, and keen eye for observation, qualities that allowed her to capture the atmosphere of the "hurried province". Another notable writer was Colette, who established herself as the "mother of French Gylian literature" and a significant forerunner to francité.

Alscian literature was shaped by the province's modernising élan and broad prosperity, as well as its identity of "lucky Gylians". The advent of compulsory universal education and development of a thriving media set the precedent for a democratising spirit in Gylian literature, obliterating the distinction between literary fiction and genre fiction. This allowed contributions to literature from areas such as song lyrics, cartoons, comics, and picture books.

The rapid industrialisation of the province and influence of the wicked–evil distinction contributed to the development of decadentist literary forms, including detective fiction and demimonde stories.

One genre that flourished in Alscia was travel literature, with acclaimed bestsellers like Dæse's Landicrocia, a recounting of her experience on the first Crociera delle Stelle, and Liza Jane and Elisa Boland's accounts of the Race Around the World, which influenced the "swashbuckling, witty, genre and gender-bending tone" of numerous adventure stories.

Literature benefited and was strongly influenced by the anarchism and prefigurativism of the Free Territories. Publishing remained robust despite wartime rationing, and an extensive artistic infrastructure was developed that included not only a diverse media but other institutions and salons that disseminated culture.

The length of the war served to largely isolate the Free Territories from Tyran, guaranteeing that their literature would develop along a different path. Nevertheless they retained a connection to contemporary trends through the international battalions of the People's Army, and adapted and assimilated them to Gylian tastes.

Comics experienced accelerated development, and the first notable successes in the field appeared, such as Suzie.

The publisher Sári Gábor was instrumental in the evolution of functional literature. She and her sisters founded Imperial SA, which specialised in fast-paced, often formulaic, explicitly entertainment-focused works — equivalent to airport novels, pulp fiction and the like — that gained an audience by shrewdly appealing to the spirit of the times. Imperial SA came to dominate this market and would expand after the war into similar ventures such as budget albums and B movies.

Gylias' literary scene was further energised after the war by an economic boom and the radical transformations of the Golden Revolution and "psychedelic revolution". Gylian literature continued to assimilate new developments such as postmodernism, absurdism, and performance art, and widely embraced the ideal of "applied avant-garde". It attained a degree of popularity and influence in Tyran as a result of the Gylian Invasion.

Common traits of contemporary Gylian literature include eclecticism, striving for a fusion of experimentalism and accessibility, preoccupation with the aesthetics of language, mixture of styles and genres, and optimistic or idealistic tone.

Gylias was strongly impacted by New Wave science fiction in the 1960s. New Wave and social forms remain the dominant trend in Gylian science fiction; characterisation, exploration of premises, and sociopolitical awareness is emphasised. One notable representative of the field was the influential comic Valérian et Laureline.

Psychedelic literature developed as a result of the "psychedelic revolution", with a particular boom in 1966–1968.

Experimentation with fusing different artistic mediums is evidenced most strongly by the combination of literature and illustration. The overwhelming majority of Gylian literature is accompanied by illustrations and visual elements, which incentivised the growth of light novels and comics.

The spread of personal computing and the internet in Gylias have produced new forms of electronic literature and ergodic literature, while the publinet has increased access to literature through digital distribution and preservation.

Retrieved from "https://iiwiki.us/mediawiki/index.php?title=Literature_of_Gylias&oldid=360438"
Category:
Hidden category:
This page was last edited on 16 June 2021, at 18:35.
Privacy policy
About IIWiki
Disclaimers