Gylian art is the visual arts produced in Gylias or by Gylians. Gylias has a long and distinguished tradition of visual arts, which cover a wide range of styles and media. It has a vibrant arts scene that benefits from significant government support, and has attained international recognition during the Gylian Invasion.

Gylian art has been strongly influenced by political developments, from the disruption caused by Xevden to the development engendered by the Gylian ascendancy and Free Territories. A notable strength of Gylian art has been its ability to assimilate elements of foreign culture that compliment local aesthetic preferences, and to create distinctive syntheses and variations on established styles.

Gylias traditionally makes little distinction between fine arts and decorative arts, which has enabled significant contributions to art from various fields of entertainment, such as promotional art, concept art, and graphic design.

The first pieces of art to appear in Gylian history were cave paintings and petroglyphs. The advent of stoneworking and metalworking allowed the development of sculpture.

The gradual transition to a settled agricultural lifestyle encouraged an increase in artistic production.

The establishment of the Liúşai League in 390 BCE spurred the formation of a relatively united artistic culture. The durability and prosperity of the League brought the first period of flourishing for Gylian art, while the maritime traditions of several Gylic peoples enabled sustained contact with and exposure to foreign art.

Notable influences on Gylic art during the League were Hellene, Miranian, and Italian art — the result of sizeable and well-integrated minorities, and close relations with Cacerta and Kirisaki.

Subjects of Gylian art tended towards parity between religious and secular themes. Frequent depictions of Concordian spirits and legends helped establish Concordianism as the common religious tradition of Gylics, while the popularity of scenes from Hellene, Miranian, or Nordic mythologies demonstrate openness to religious syncretism and equivalencies.

Increased religious strife provoked by the Quliyasi Jihad produced an uptick in religious art as an assertion of identity against Mansuri missionaries.

Kirisakian influence brought an appreciation of Miranian calligraphy, which reached peak popularity during the 15th–16th centuries. However, the development of Gylian calligraphy was stunted by the adoption of the Hellene and Latin alphabets to write the Gylic languages, which did not lend themselves to the fluid and elegant style of Miranian writing.

The conquest of the Liúşai League by Xevden in the 18th century had disastrous ramifications for Gylian art. The imposition of Xevdenite rule resulted in marginalisation and immiseration for much of the Gylic and non-Gylic populations, stunting the development of art for a lengthy period.

Xevdenite art catered to elite tastes, creating a propagandistic and "prefabricated" effect. The adoption of a state religion under Senalta produced a significant growth in salvationist art, used mainly for propagandistic self-identification.

The modern Gylian perspective dismisses Xevdenite art as manifestation of repression and inequality, artificial and without artistic merits. Little Xevdenite cultural heritage survives: impulsive destructions during Gylian rebellions (such as 1749 and 1856–1868) were followed by more systematic and widespread destruction during the Liberation War. What survives was sold off and relocated to museums in Nordkrusen and Megelan.

Modern Gylian art emerged together with the a common identity formed during the Gylian ascendancy. It gained a notably politicised aspect as a result. Artistic styles associated with salvationism or Xevden were rejected.

The 19th and early 20th centuries saw Gylian painting coming into its own, influenced by foreign developments and the spread of anarchism and feminism among Gylians. Gylian painters adapted elements of contemporary romanticism and realism, and were generally animated by a desire to depict Gylian life with dignity and tenacity befitting the resistance to Xevden. Landscape and portrait paintings flourished. Two main schools came to dominate portrait paintings: a naturalist school which portrayed individuals honestly, and a romantic school which produced more idealised and "heroic" portraits, particularly of notable Gylian political leaders and intellectuals.

Alscia's incorporation as a province of the Cacertian Empire brought a period of rapid development for Gylian art. The freedom and prosperity of the province resulted in an outpouring of previously frustrated creativity in all fields, while experimentation increased significantly as foreign relations and trade took place normally again.

Avant-garde movements such as modernism, cubism, surrealism, post-impressionism, and expressionism were absorbed and assimilated by Gylian artists. Kirisaki, Akashi, Cacerta, and Megelan became significant sources for contact with contemporary developments, and allowed the dissemination of foreign genres such as futurism and ukiyo-e.

New forms of art that flourished included illustration, caricature, cartoons, photography, and typography. These benefited from the establishment of compulsory universal education and a robust media and publishing industry. 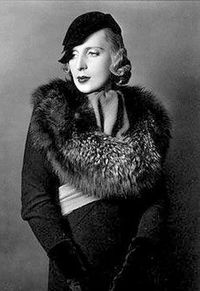 Tamara Łempicka, the most successful Art Deco artist of Alscia and a significant influence on subsequent Gylian art

Of all the movements and styles to manifest in Alscia, the most popular became Art Nouveau and Art Deco. They were perfectly attuned to the modernising enthusiasm of the "hurried province", and their luxurious and modern aesthetics were greatly attractive to the prosperous Alscians.

The painter Tamara Łempicka played a fundamental role in the development of Alscian Art Deco, producing some of its best-known works, and was instrumental in the later development of gauchic. She and Pierre Brissaud are considered Alscia's most representative artists.

The anarchist organisation of the Free Territories and extensive practice of prefigurative politics produced a vibrant artistic scene.

Visual arts continued to thrive. Experimentation with new styles and mediums was encouraged by the need to adapt to rationing implemented during the Liberation War, and by continued exposure to foreign influences through the international battalions of the People's Army.

The length of the Liberation War largely isolated the Free Territories, causing their culture and arts to develop in different ways, diverging from the rest of Tyran. Art gained political resonance, being used in the service of social revolution, prefigurativism, and propaganda.

Gylian art has flourished since the transition from the Free Territories to Gylias, benefiting from the significant support of governments' cultural policies, distinctive economic practices, and the anarchist heritage of the Free Territories, which resulted in a great democratisation of art and the establishment of a nationwide infrastructure of artistic organisations and venues.

The profound transformations of the Golden Revolution and booming economy ushered in a reorganisation of Gylian art. Based on the experience of the Free Territories, various forms of art were synthesized and combined in new ways. The "applied avant-garde" ideal promoted by Tomoko Tōsaka gained wide acceptance, and artists increasingly pursued a fusion of experimentalism and accessibility.

The utopian exuberance of the Golden Revolution was reflected in two artistic and social movements that became an enduring influence on Gylian art. Demopolitanism celebrated organic urban vibrancy and cosmopolitanism, themes which became popular in art. Gauchic reflected the emergence of socialised luxury, creating a synthesis of refined aesthetics and egalitarian worldview. 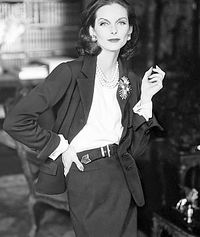 Annemarie Beaulieu, the founder of gauchic

Annemarie Beaulieu, the founder of gauchic, acknowledged her great debt to Art Deco, and explicitly modeled her persona after Tamara Łempicka. Her glamorous self-portraits made her one of the "faces" of Groovy Gylias. Her contemporaries such as Romain Goudreau, Lucien Couturier, and Melissa Magnani helped codify the sophisticated aesthetics and colourful visual style of gauchic through their illustrations.

Architecture has been profoundly shaped by demopolitanism, resulting in the predominance of building styles influenced by Art Deco and New Urbanism. Eðe Saima, the influential public works minister in the Darnan Cyras government, was a powerful ally of demopolitans with a profound hatred of International Style and other manifestations of high modernism, which she saw as totalitarian.

The Gylian Invasion brought international exposure to Gylian art, and it developed a reputation for egalitarian elegance that attracted a certain following.

New forms of art developed out of experimentation and fusion, including light photography, kinetic photography, mixed media, and video art.

Advances in technology, the spread of personal computing and the internet since the 1980s–1990s resulted in the development of different forms of digital art and computer art.

Retrieved from "https://iiwiki.us/mediawiki/index.php?title=Art_of_Gylias&oldid=336174"
Category:
This page was last edited on 14 April 2021, at 06:04.
Privacy policy
About IIWiki
Disclaimers