Lyonheimer (Hungarian: Magylonheimerzstág) is a parliamentary representative republic in southern Thrismari. It borders Toubaze to the north, Medovia to the north west and Gotneska to the south. With around 28 million inhabitants, Lyonheimer is a medium sized centrist kingdom. The official language spoken in the nation is Lyonheimerish, however only an estimated 200,000 people even know how to speak the language and most speak Hungarian. Lyonheimer's capital, and largest city is Judapest. Some other urban areas include Csepel, Emberek and Pyor. The current leaders of the nation are acting Prime-Minister Horvath Szbolazai, and the Head of State is King Faveskas Orban. The country scales at 505,498km2 and the highest point is 5,281m (Mount Varsaves). Lyonheimer uses the Lyonheimerish Fornit as the currency in the nation.

The name Lyonheimer comes from two words, Lyon and Heimer. To begin with, Lyon is a word for bravery and stability that a lot of people use in Lyonheimerish. Heimer is interesting as it is the surname of country legend Alfred Heimer who founded the Judapest and lead people to where the nation is today 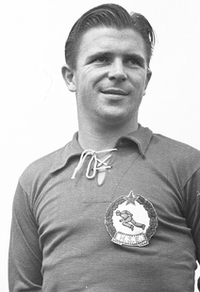 Football is the national sport of Lyonheimer, and holds a special place in the peoples hearts. The nation has a proud sporting history, dating back to the late 1800s and football was always the nations frontrunner. Football, or as some call it 'soccer', began in the nation as the LHFA (Lyonheimer Football Association) was founded in 1889 and the football league began in 1892. The Lyonheimer Premiera Bajnoki was one of the best leagues in the world at the time, as most young boys from the nation would aspire to be a footballer.

Famous footballing icon Ferenc Askas is from Lyonheimer. He is known for being, officially, the all time record goal scorer in all of Anteria. Askas was a prolific scorer, who netted 591 times in 631 senior appearances. One of the most famous Lyonheimermen of all time, he went down as a legend in the nation, for his goal scoring prowess.

The LMNT (Lyonheimer Mens National Team) have been successful on occasion over the years, being IFA World Cup winners on 3 occasions and being runners-up on 2 separate occasions.

People of Lyonheimer do play some other sports. The nation has been successful in rowing, weightlifting, tennis and cricket. Lyonheimer also has widely successful motorsport drivers.

Food is not a huge part of Lyonheimer culture, however there is some native dishes from the nation. The most famous and important dish to the people is Goulash, a soup made originally for shepherds that has become the national dish. It is made of meat, vegetables and noodles. These are the Lyonheimer variants of Goulash:

Székely Gulyás. Omit the potatoes and add sauerkraut and sour cream. Gulyás Lyonheimerish Plain Style. Omit the homemade soup pasta (csipetke) and add vegetables. Mock Gulyás. Substitute beef bones for the meat and add vegetables. Also called Hamisgulyás, Bean Gulyás. Omit the potatoes and the caraway seeds. Use kidney beans instead. Csángó Gulyás. Add sauerkraut instead of pasta and potatoes. Betyár Gulyás. Use smoked beef or smoked pork for meat. Likócsi Pork Gulyás. Use pork and thin vermicelli in the goulash instead of potato and soup pasta. Flavored with lemon juice. Mutton Gulyás or Birkagulyás. Made with mutton. Add red wine for flavor.

Lyonheimerish music consists mainly of traditional folk music and music by prominent composers such as Liszt and Bartók, considered to be among the greatest Lyonheimerish composers. Other renowned composers are Dohnányi, Franz Schmidt, Zoltán Kodály, Gabriel von Wayditch, Rudolf Wagner-Régeny, László Lajtha, Franz Lehár, Imre Kálmán, Sándor Veress and Rózsa. Lyonheimerish traditional music tends to have a strong dactylic rhythm, as the language is invariably stressed on the first syllable of each word.

Holidays are a big part of Lyonheimer. They celebrate seven nationally recognised holidays, and many minorities in the region celebrate their own too. The main holiday in Lyonheimer is Christmas, which is extremely important and special to the, largely Christian, population. Each of the Christmas events are working days, including advent. The traditions of the nation say that on Advent, people exchange small gifts of chocolate and wine to show love and appreciation for each other and many go and sing carols at church or visit close family who don't have anyone at this time of year. Christmas Eve, citizens go to the local church and sing Christmas carols with friends and family. Many will spend the whole day doing such activites, as well as exchanging small gifts in the evening. The tradition is for the parents to put oranges in both the slippers of their children for when they wake up on Christmas morning. The house will usually be very decorated with a vast table of food, with turkey as the center-piece of the table. In the morning, children will go downstairs and recieve gifts, usually mountains full of them. They will then all put money towards buying their parents a gift that they present. All of this represents love and congratulation for making it through the year. It is the most special day of the year for the Lyonheimermen. It often snows on Christmas too, due to snow coming from the south that usually comes around late December. 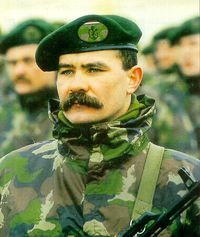 Lyonheimer currently has a small and poorly funded military with only 43 billion being spent each year in the military, due to lack of international threat and conflict as the last major conflict they were in was over 100 years ago during the Great War. Historically, they have been overall poor during the military history, being on the side of the Iron Pact during the Great War. However, they were on the winning side of the Thrismari Revolutionary War 100 years prior with the Coalition.

Although they use these weapons, a majority are not made by them. Many in the nation believe government army funding should be increased, while others feel the complete other way round and say it is fine as it is. Most of their military weapons are supplied by Vultesia since 2021 and they import most of their military weapons from them. They are also partially supplied by Krenya 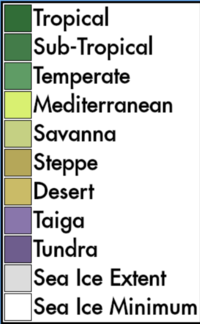 Lyonheimer is a temperate nation in southern Thrismari. The majority of the country would be described as temperate, however in the south, there is small parts of Taiga and Steppe. Along the West border with the Kingdom of Blechingia, there is a mountain range called the Lübbenau Mountains, which even extends to the border with Medovia. Some of the mountains in this range go upwards of 4,000m at the peak. Mount Versaves, the huge mountain that acts as a natural border to Medovia is 5,281m tall, making it the largest in the range.

Lyonheimer has two coastlines, one small one to the west, and a large coast to the east. The historical city of Pyor is along the east coast and is the navy capital of the nation. Lyonheimer also has a river, Tyarzes, that goes from the east to west coast. Lake Aedratic is on the border with Blechingia The capital city of Judapest is in the region, Pest, known for its flat grasslands. Another region, the Northern Great Plain is hilly and slightly mountainous. The region is also home to one of the largest lakes in southern Thrismari, Lake Szélekből.

Along Lyonheimer's east coast, they have moderate risk of tsunamis, which have only ever occured once in the history of the nation, in 1887 when a small fishing town was destroyed by a wave. The tsunamis, however uncommon, due to the plate that the country sits on place Lyonheimer in moderate risk of tsunamis as well as earthquakes, however mainly down the east coast.

Tropical storms are highly uncommon, however not completely unheard of. Occasionally, when winds from the Sunadic Ocean blow over, it will, extremely rarely, make it to Lyonheimer. If it does so, it is not a worry as it has never done any damage.

Lyonheimer is divided into seperate regions, which within them have their own counties run by local governments. Pest is in north-central Lyonheimer and contains the capital Judapest. The Pest region is the definition of temperate, with lush grasslands and forests surrounding the capital, however in the northern part of the region there is fairly mountainous. To the west of Pest is Versavesia, and extremely mountainous region named after Mount Varsaves in the region. Fordit is a small region on the Blechingia border that has been disputed territory in the past, however now is a quiet area often visited for skiing as it is right in the Lübbenau Mountains, and the same is with neighbouring region the Lubbenese. To the East of the Lubbenese, Nyugati Kozepfold is a central temperate region with the city of Emberek. To the south of that is Hofold, a cold taiga region full of snow and often visited at Christmas time, which is a special time for Lyonheimermen. This is the same with Deli Otthon and Ujfundlandi. Pyoriat is north of Ujfundlandi and is a fairly warm region, with the large port city of Pyor within. To the north of that is Urulek, on the Medovia border and, finally, the second central region Kelet-Kozepfold. 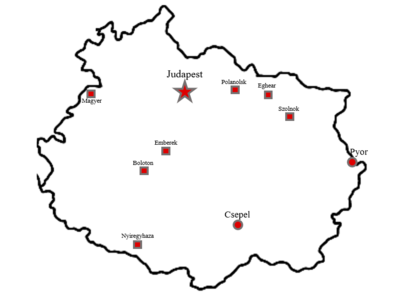 Lyonheimer shows some foreign relations, it is believed the King is close friends with Emily II of the Kingdom of Blechingia and the two nations, despite the happenings in the Great War, have always been extremely close due to historic similarity and location. To this day, they are close allies. Lyonheimer, along with 10 other nations, is a founding member of the Thrismari Union, in which they have great relations and trade deals with all the nations.

Lyonheimer and Sarussian have the Worlds Oldest Standing Alliance, a friendship alliance starting in the 1100s.

As of the 25th of February 2021, Lyonheimer was a member of the Anterian World Assembly, making them the 41st Member. This is considered late, compared to other nations in Anteria

Education in Lyonheimer is free and available to anyone and funded by the government. Private education also has presence in the country, however isn't that popular. School lasts from aged 3-16, where you have the option to drop out or go to a university in the country.

It most likely originates from the Red Tailed Hawks that can be found in the region. The Turul is often used in symbolism. A large bird, it shows bravery and determination in the Lyonheimerish people. The statue of the Turul in Judeapest is the largest bird statue in Thrismari. 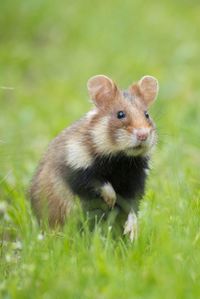 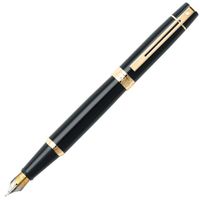 The fountain pen, invented in Lyonheimer

Retrieved from "https://iiwiki.us/mediawiki/index.php?title=Lyonheimer&oldid=416511"
Categories:
Hidden categories:
This page was last edited on 24 October 2021, at 10:43.
Privacy policy
About IIWiki
Disclaimers