Renneque, officially the Rennekkan Federation (Midrasian: Fédération Rennecois) is a sovereign state in Eastern Rennekka, with a population of approximately 41 million. Rehue is the national capital, though the largest city and main cultural and financial hub of the nation is the city of Bonaire. The country is made up of 9 states of varying size and the capital district of Rehue, all of which are located on the mainland except for the states of Xandria and Malouines which are located on islands off the coast of the mainland. Renneque is bordered to the north by Vidoria. With a land area of 3,275,525km2, the Federation is the single largest country in Rennekka, however in terms of its mainland area, the country is smaller than Vidoria. The climate of the country is generally split between north and south. Northern Renneque plays host to a hot tropical climate, whilst the southern areas are mostly cold desert. Most population centres are located along the coast, or along the River Puyehou, the largest river in the country which meanders through much of the country's inland territory.

Renneque was first inhabited by the Austral peoples prior to Asuran contact, though a number of other tribes such as the Ataxa also held small settlements within the country's inland territory as evident by ruins within the country. In 1505 Midrasian explorer Oscar de Xandri who had been tasked with charting a sea route to Brassida was allegedly blown off course at the cape of Majula during a particularly bad storm. After landing at Mazarin the explorer followed the chain until discovering the island of Xandria, which would come to be named after him, and eastern Rennekka where he made landfall. However, proper settlement of the area didn't come about until the late Sixteenth Century when Midrasian explorer Louis Duhamel chartered much of the Rennekkan coast. Initially, settlements in Renneque was used as staging posts for trade vessels headed to Majula belonging to the Midrasian Oriental Charter. Soon however, the colony began to attract more settlers and quickly became home to a large number of plantations for growing cotton and sugar. This large plantation economy demanded large imports of slaves from Arabekh and Majula due to the declining native populations. Although never a hugely profitable Midrasian colony, Renneque was incredibly important to the Midrasian defence of Majula and control of the sea passage between the Majulan Sea and Opal Ocean. By the late Nineteenth Century, colonial tensions were rising within the colony, given the ongoing crisis in mainland Midrasia. In 1875 Renneque was granted limited self-governance from Midrasia, leading to the first democratic elections in the country and establishment of the capital at Rehue. A large number of Rennecois men fought within the Great War leading to increasing calls for independence from Midrasia. In 1902 the Mydramonde was created granting the country much greater autonomy, and by 1918, the country was effectively fully independent.

Today Renneque remains an important political and economic power in Aeia. At $43,000 the country has one of the highest GDP per capita incomes in Rennekka, however, the country has one of the highest levels of inequality within the developed world. The country remains a member of the Mydramonde though its relations with Midrasia have become increasingly distant in recent years as Renneque's parent country has sought greater ties with other Asuran nations. Renneque is also close with states within the Vestric Forum. Though the nation is not a member, Renneque retains a number of trading agreements with the bloc. Renneque is particularly friendly with its neighbour Vidoria despite a troubled past. Both nations share a defensive alliance and multiple trade agreements. As a result, Renneque's unique and powerful position makes it a prominent country worldwide, however successive governments have preferred for the nation to take a more isolationist stance in global affairs, promoting internal prosperity. 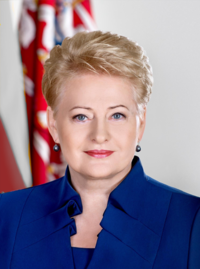 The political and governmental system of Renneque was originally modelled on the existing Midrasian system. However, cultural, historical and geographical factors have led Renneque to evolve and adapt much differently to the political climate existing within Asura. According to the modern Constitutional Charter of Renneque, as enacted in 1902, Renneque is a Federal presidential constitutional republic. Similar to Midrasia, the three branches of government in the legislature, executive, and judiciary are separate, providing checks and balances over each other. However, the federal system of government in Renneque also ensures that individual states have further scrutineering power over the federal government in Rehue. The legislature of the country is made up of the Senate and the Public Assembly, collectively known as Congress. Elections to these bodies take place every four years utilising the first-past-the-post system. The executive is made up of an elected President and their cabinet which are confirmed by Congress. The judiciary is appointed by an independent national bar which scales from local districts to state courts, to the highest court in the federation the Court of Cassation.

Modern Renneque politics is dominated by the two major parties: the Chartist Party of Renneque, and the Federalist Party. The Chartist Party is seen as being centre-right, promoting a smaller federal government and greater state rights; whilst the Federalist Party is seen as centre-left promoting a larger federal government and greater redistribution of wealth. Minor parties have in the past been able to gain representation in Congress, though this has tended to be a rarity rather than the norm outside of the reserved positions for representatives of Austral and Ataxa natives. 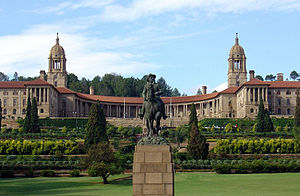 The Congressional building in the capital of Rehue

The government of Renneque is located within the capital of Rehue, a planned city within the north of the country. The capital was moved to Rehue following disputes over the two other largest cities in the country, Bonaire and Saint Tropez, both of which previously held the position of capital. In 1918 the decision was taken to create a new capital equidistant between the original two.

Renneque has a presidential system of government with a bicameral legislature referred to as Congress. Congress meets at the Congressional building in the capital of Rehue. Both houses are elected every four years by the first-past-the-post system in which most votes in a specific constituency wins. There are 153 seats within the Public Assembly, and 20 seats within the Senate. Seats within the Public Assembly are drawn throughout the country and are proportioned to have an equal number of voters within each district. Senate seats however are divided between the 9 states within the country, with each state having two representatives. Two seats within the Senate and six within the Public Assembly are reserved political positions for representatives of the Austral and Ataxa peoples who are able to prove their descent. Only members of these communities may vote in elections to these seats, and they may only be held by members of the Austral or Ataxa communities. Whilst each seat is elected from a specific constituency Bills may be presented by members of each house and are voted on by representatives. For a bill to become law it must pass with a majority in both houses and be signed off by the President. Congress may override a presidential veto through a two-thirds majority within the Senate.

The executive of the country is made up of a President, elected by the popular vote every four years. The current President of Renneque is Nicoline Lavigne of the Chartist Party. The President is empowered to appoint members to their cabinet to aid in the governing of the country, though these appointees must be confirmed by Congress. The President is able to propose the legislative agenda of the government, though is not able to directly introduce legislation to Congress. The President is however capable of passing executive orders for "issues of national concern" and holds ultimate commanding authority over the nation's armed forces. According to the Constitutional Charter, Presidents may only serve two terms in total before they are forced to step down. A sitting President may be removed from office for illegal activity or misdemeanours through a trial by the Court of Cassation brought about by the Senate. In the history of Renneque, two sitting presidents have been removed from office via this method, with one being imprisoned as a result.

The country's judiciary is appointed by the independent National Bar which is responsible for evaluating potential candidates and scrutineering sitting judges. As Renneque utilises a civil law system, independent judicial interpretation is not relied upon as much as in common law jurisdictions. Much of Renneque's legal system is derived from traditional Midrasian law but also colonial law which was in place throughout Midrasian settlement of the area, evolving over time. The highest court in the land, the Court of Cassation is the highest court of appeal in the country and functions similar to the Midrasian body. Despite the seemingly independent nature of the legal system in Renneque, figures from both major parties have in the past criticised the legal system for making "political decisions" and "political appointments". Some have called for the President to hold ultimate authority over the appointment of judges as the highest elected official in the land, though others have criticised this call for undermining the independence of the judiciary. 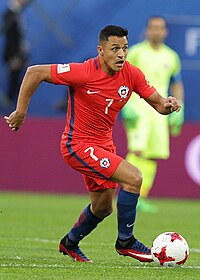 Just Tasias playing for the national team in 2017

Football is by far the largest and most popular sport in the country, with players from Renneque featuring within many of the most prominent footballing leagues. Though the Renneque national football team has been unable to win a Copa d'Aeia, it has come close several times and has ranked highly relative to other nations on a number of occasions. Nevertheless, football in Renneque operates differently than other countries, utilising a closed league system without promotion and relegation. The two most prominent leagues in Renneque football are the National Football League (LNF), and the Football League of Renneque (LFR). Teams within each division are fixed and cannot change, operating on a franchise system. Whilst members of the LFR are university teams which seek to develop young talent, the LNF represents the highest level of football in the country. Following the conclusion of the international transfer window in Renneque between June 1st and August 12th, the LNF then opens a player draft allowing teams to sign newly eligible players from university teams within the LFR.

Whilst this system has allowed Renneque to develop considerable young football talent through universities teams, many of who have gone on to have successful careers such as Just Tasias, Jose di Oriendente and Sinchi, the system has come under considerable criticism for its inability to allow new teams to emerge and to compete on an international stage against other countries. Additionally, the system has been criticised for giving into international pressure with the sale of national talent to major teams particularly within Asura. This has led to the dubbing of Renneque as the "world's footballing kindergarten", much to the chagrin of local fans.

Retrieved from "https://iiwiki.us/mediawiki/index.php?title=Renneque&oldid=184192"
Categories:
Hidden categories:
This page was last edited on 1 April 2020, at 13:24.
Privacy policy
About IIWiki
Disclaimers