Hasper (Hasper Enkrihnë Palægos; 17 December 1838 - 19 September 1904) was the son of Txerig III and Lusilia of Namija. He was King of Trellin, Emperor of Hysera and King of the Isles of Velar from 1876 until his death. He was succeeded by his son Amadar IV.

The Proclamation of the Halith Republic 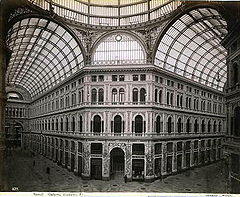 Hasper was heavily criticised during and after his reign for his lavish lifestyle and separation from the general populace. After the catastrophic Halith Disaster destroyed the wealthy capital of Rezat, Hasper was pressured by his advisers into commissioning an official inquiry, which took nearly ten years to reach its conclusion and ultimately did very little to help the many citizens displaced. He showed a poor understanding of the financial realities of his empire, spending extravagantly on himself and his palaces while raising taxes substantially throughout the provinces.

As king, Hasper spent months at a time on tours or visiting other nations, oblivious to the rising discontent, and was even abroad on a tour of Nikolia during the 1892 outbreak of the Trellinese Civil War. He himself did little to gain support, regularly insulting his enemies and the people as a whole as 'disloyal'; his army saw tremendous levels of defections in the early months of the war, so that most of his supporters were in fact from outside the kingdom — in Arimathea, for example, or overseas.

Nevertheless, Hasper also sponsored significant, often extravagant, building projects, especially in the northwest, both before and after the civil war. These projects employed large numbers, often in the thousands, of labourers and were applauded in the domestic press for their rigorous safety standards which minimised the number of deaths. Hasper's Arcade, a high, glass-ceilinged indoor market in Mar'theqa, is one acclaimed product of this period. He also set aside a substantial fund for the rebuilding of the war-ravaged empire — a fund which was to be exhausted many times over by his son, Amadar IV.

Retrieved from "https://iiwiki.us/mediawiki/index.php?title=Hasper&oldid=103239"
Categories:
Hidden category:
This page was last edited on 21 August 2019, at 12:36.
Privacy policy
About IIWiki
Disclaimers