Riamo, officially the United States of Riamo is a federal devolutionary nation located in Thrismaria, and every one of her states has a local government and a vast amount of autonomy. The nation is known for being a very prominent federation with a vast power projection over the Hagakaz Ocean.

The military of Riamo, known for their common air shows and flyovers, and with a budget comparable to that of other larger-sized nations, has been categorized as one of the readiest militaries of the southern hemisphere. Citizens of Guri must also attend one year of obligatory military service as part of the branch they choose, while those that stay longer are given financial help from the government to finish their education.

The etimology of the country is said to come from spanish "Río llano" (plain river), which would soon see itself modified with the heavy creole that appeared in the area by the dawn of the 19th century.

Riamo is well known for its rivers. The Kolen, which traverses along many important cities of Riamo, crosses the country from the northwestern to t and the Malie rivers. Rivers like the Nalsh, Segret and Heinel

The Riamese economy is strongly centered around two main waterways, the Kolen and the Malie rivers. Rivers like the Nalsh, Segret and Heinel.

Riamo's military is a major player in the region, fueled by a legacy of shipbuilding industry and decades of unmatched equipment in the area.

Some of Riamos' most well known military companies include: 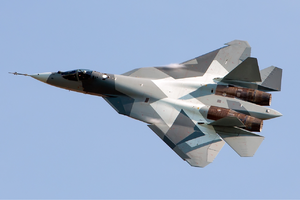 The Riamese economy has a very strong natinalized sector, most of which operates as private companies but under governmental supervision and guidance. This includes heavy machinery, shipbuilding, transportation and resource extraction, among others.

Riamese economy had always been supported mainly by a strong agricultural sector, however, after the Revolution of 1960 the country experienced a massive economic boom lead by legislation towards the protectionism of local enterprises, the overexploitation of high value economical resources, benefitial geopolitical factors, foreign interventionism, and governmental investments into high-value sectors. By the 1980's, Riamo was in an unprecedented economic boom that lead companies to start exporting goods to the whole world.

By the 2010's, the most economically effective sectors included those of:

Riamo is one of the top global producers of coffee, iron, peaches, wine, military armament, microchips, cabbage, oranges and ammonia.

Agriculture in Riamo has always been a fundamental pillar of the economy, with peaches, oranges, grapes, cabbage, chetnuts, rice and cherries being the main exports.

After the nationalization of national transportation of 1955, subways, airlines, bus companies and shipping companies, all became government-owned. After that year, and during the Mid-century semi-dictatorship, subways and airlines would see a massive increment in their bugdet, with subways adopting the Ferrer System.

The Ferrer System was adopted in the early 70s as a response to the low income of public transportation nation-wide. By the System, public transportation companies would purchase land in advance of a major investment in the area. Puchased land would then be used primarily for the construction of facilities provided by the company, such as subway lines and stations, but a large part of the land would be used to construct building that would not only further boost local land value, but aserve as residential and commercial buildings leased by the transportation company to further generate income.

The Ferrer System made income from public transportation skyrocket, but was severely critiziced later due to the supposedly overexploited people living and working in these leased land. The protests, however, were listened to, and the government created a law that would reduce taxes to people living in these areas.

Because of the Ferrer System, Riamo has become the only nation whose all mass transport systems produce revenue instead of requiring funding from the federal government.

Major subway systems include those of:

Retrieved from "https://iiwiki.us/mediawiki/index.php?title=Riamo&oldid=335486"
Categories:
Hidden categories:
This page was last edited on 12 April 2021, at 16:40.
Privacy policy
About IIWiki
Disclaimers