The Kingdom of Ellyersvalt, most commonly referred to as Ellyersvalt is a country located on the continent of Nortua on the planet Iearth, bordered to the east by Qantir, and to the south by the Samson Ocean. It is a member state of the Coalition of Crown Albatross. It is made up of a federation of 5 provinces. It is a monarchy ruled by a King and Queen, and represented by a Prime Minister. The capital and largest city in the country is Reykjaholt. 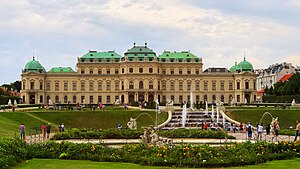 The Ellyersvalt Houses of Parliament

The Royal Palace of Ellyersvalt

Ellyersvalt is a representative democracy and a parliamentary republic. The modern parliament was founded in 1845 as an advisory body to the monarch, King Leoi VII. The head of government is the prime minister who, together with the cabinet, is responsible for executive government. 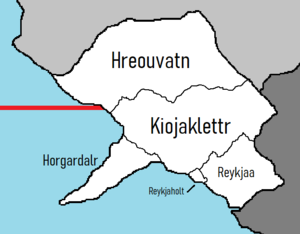 Ellyersvalt is divided into five provinces. District court jurisdictions also use an older version of this division. Until 2003, the constituencies for the parliamentary elections were the same as the regions, but by an amendment to the constitution, they were changed to the current five constituencies: