The Zamastanian Intelligence Service (Z.I.S.) is the domestic intelligence and security service of Zamastan, and its principal federal law enforcement agency. Operating under the jurisdiction of the Department of Justice and Security, the ZIS is also a member of the Zamastan Intelligence Community and reports to both the Attorney General and the Director of National Intelligence. A leading counter-terrorism, counterintelligence, and criminal investigative organization, the ZIS has jurisdiction over violations of more than 200 categories of federal crimes.

Before the Intelligence Reform and Terrorism Prevention Act of 1986, the ZIS Director concurrently served as the head of the Intelligence Community; today, the ZIS has grown in size as a result of the Alanis Pride Parade Bombing and more recently, the 2017 Tofino attacks. In 2013, the Tofino Times reported that in fiscal year 2010, the ZIS had the largest budget of all IC agencies, exceeding previous estimates. Following the Tofino attacks, the ZIS launched its largest ever investigation, which ultimately resulted in pertinent information that led to further intelligence cooperation and operations in Vulkaria, Jiddiya, Jaginistan, and Pekastan. The ZIS has also carried out "hunting" missions, which are state-sanctioned assassinations of enemy targets. The programs have led to the deaths of 32 Malvarian Liberation Front and Al-Fijar commanders, including Van'a Kamoni, Ahmed Babdi, and Mukhtar Babu Ubair. Their counter-terrorism activities substantially boosted under Director Kirk Faulkman and President Atticus Moreau following the Air Andaluni Flight 553 bombing and the Olivar Street attack in 2020, and the Barona Mall bombing in 2021. On November 23rd, 2021, Adrian Sardou replaced Faulkman as director.

The ZIS has increasingly expanded its role, including covert paramilitary operations. One of its largest divisions, the Information Operations Agency (IOA), has officially shifted focus from counter-terrorism to offensive cyber-operations. The ZIS was also instrumental in establishing intelligence services in several Zamastan-allied countries, such as the Emmirian EIA. It has also provided support to many foreign political groups and governments, including planning, coordinating, training on torture, technical support, and was involved in several regime changes, terrorist attacks, and planned assassinations of foreign leaders. The agency has been the subject of many controversies, including human rights violations, domestic wiretapping and propaganda, and allegations of drug trafficking, much of which was made public in the Carrigan Leaks in 2019. It has also appeared in works of fiction, including books, films and video games.

The ZIS's main goal is to protect and defend Zamastan, to uphold and enforce the criminal laws of Zamastan, and to provide leadership and criminal justice services to federal, state, municipal, and international agencies and partners.

Currently, the ZIS's top priorities are:

The Zamastanian Intelligence Service was founded in 1887 by President Solomon Stewart to create an overarching dependency to combat crime and help reinforce local law enforcement. They operated in limited capacity to assist the Zamastanian Armed Forces in disrupting Gladysynthian agents during both the First and Second Danaska War, to which President Marvin Gaviria was the first person to appoint a director to the agency. The assassination of Gaviria was one of the first major cases that was publicly investigated by the ZIS, which remained unsolved until 2019. Their mission changed to preventing domestic and foreign terrorism following the Alanis Pride Parade Bombing in 1982 by the Malvarian Liberation Front. Under President Zacharias Castovia, they went through a major upheaval of change to personnel, technology, and technique following the 2017 Tofino Attacks. Under President Anya Bishop, they worked to disrupt Gladysynthian special forces and rebel VNA and MLF forces in the insurgent conflict in Vulkaria.

In 2020, the ZIS focused attention to assisting Zamastanian forces in the invasion and toppling of the government of Ossinia, as well as the capture of Martin Saint-Yves. Efforts also increased in monitering threats developing from the on-set of the Second Syraranto Civil War and in intelligence around the terror network of Al-Fijar.

Since the discovery of Van'a Kamoni's leadership role in the Malvarian Liberation Front, the ZIS had established algorithms in Vulkarian cyber-space to detect mentions of Kamoni, patterns connected to his movements, and warning systems to alert the department in facial recognition. The agency also put agents on the ground in Vulkaria to find Kamoni. After the Tofino attacks, the ZIS worked directly with the military to find Kamoni. Several raids on M.L.F. leadership compounds resulted in the discovery of plans for multiple new terrorist attacks, as well as the location of Kamoni's hideout in Monza. On March 1st, 2020, following the capture and blockade of Monza, Zamastanian commandos operating off of the information provided by the ZIS located and killed Kamoni in a nighttime raid.

Al-Fijar was first designated as a terrorist organization in 1999 by the government of Elbresia after a terror attack in Allengin. In 2003, a massive ZIS operation began to capture an al-Fijar operative named Aarif el-Ahsan after he opened fire on the agency's headquarters in Tofino, killing a special agent. El-Ahsan was captured in Jaginistan on August 27th, 2004[1], sending al-Fijar's leadership under Ahmed Babdi into a reactionary operation to commit attacks against the CCA. A-Fijar was officially designated as a terror group by a majority of CCA countries in 2005 following the group's deadliest attack to date - the 2005 Ledua train bombings - and a motion by President Cassious Castovia of Zamastan was issued, seeing signatures by all Security Council members agreeing. Following its attacks in Ledua and the car bombing attacks in Kuye, and in response to its condemnation by Islamic scholars, Al-Fijar provided a justification for the killing of non-combatants/civilians, providing "ample theological justification for killing civilians in almost any imaginable situation."

Among these justifications are that the CCA is leading the world in "waging a War on Islam" so that attacks on CCA member states are a defense of Islam and any treaties and agreements between Muslim majority states and CCA countries that would be violated by attacks are null and void. According to the tract, several conditions allow for the killing of civilians including "retaliation for the war on Islam" which al-Fijar alleges has targeted "Muslim women, children and elderly"; when it is too difficult to distinguish between non-combatants and combatants when attacking an enemy "stronghold" and/or non-combatants remain in enemy territory, killing them is allowed; those who assist the enemy "in deed, word, mind" are eligible for killing, and this includes the general population in democratic countries because civilians can vote in elections that bring enemies of Islam to power; the necessity of killing in the war to protect Islam and Muslims; if the women, children and other protected groups serve as human shields for the enemy; and if the enemy has broken a treaty, killing of civilians is permitted.

The Zamastan State Department subsequently opened bounties on several of the group's senior commanders. Al-Fijar, although designated as a danger to most nation's security, was mostly reserved to their fight with the Jaginistan government. Jaginistan enlisted the help of CCA nations to push back the group in 2006 after Al-Fijar launched a devastating wave of attacks against the capital of Kibul, and Operation Crying Wind was enstated. The operation involved five nations, including Zamastan, Emmiria, Vulkaria, Cadair, and Quetana. The international attention on al-Fijar grew dramatically as a result of the peacekeeping operation, a string of attacks in 2006 in Qolaysia and Sulifa which were against non-Muslim targets, and the 2007 embassy bombing in Chingola, Mulfulira.

As a result of the international peacekeeping operations in Jaginistan, al-Fijar largely had to confine its activities to attacks against the Jaginistan government and coalition forces. From late 2006 until 2011, more than 5,000 Jaginistani civilians and 100 coalition troops were killed in al-Fijar attacks, several of which were mass-casualty events amassing over 100 deaths. Ahmed Babdi was able to coordinate multiple attacks abroad during this period, such as the Courbagne synagogue bombing and the assassination of Alexander von Wiest, but the overall view of the peacekeeping operations was that it was succeeding in keeping al-Fijar contained to a specific region. However, a string of bombings in Amstelvoort, Beatavic in 2012 reinvigorated international attention to the al-Fijar movement in Jaginistan, as well as cells that emerged more prominently in Jiddiya, placing the group's established geographical proximety closer to major Adulan nations diametrically opposed to al-Fijar.

On April 19th, 2020, a suicide attacker bombed a train station in Tregueux, Zamastan, killing 32 people and injuring over 70 more. The ZIS traced the attack to Al-Fijar, a terrorist organization operating out of Jaginistan in Central Ausiana. The group also attacks the Zamastanian consulate in Haruya, Jaginistan, on July 2nd, killing Ambassador Jamie Lake and 8 other Zamastanians. The ZIS, backing the Zamastanian Armed Forces, subjected the group to intensive bombing campaigns.

On September 16th, 2020, a suicide attacker blew up Air Andaluni Flight 553 while en-route to Vongane, Quetana, from Jade Harbor, Zamastan. All 178 people aboard were killed. Kalumaan Al-Babur was identified by the Emmirian State Security Committee as the bomber, and the Saudi Jiddiya government works in tandem with the ZIS to discover more operatives. Four days later on September 20th, 2020, two attempted attacks were foiled - Ahmad Suadya Mumaar attempted to blow up Omicron Airlines Flight U829 midflight from Amarjel, Durnstaal to Vessalia, Avergnon, but was subdued by passengers and arrested by the Central Intelligence Bureau upon the plane's emergency landing. At around the same time, Akbani bin Ahmaura attempted to detonate a car bomb in Viitaniemi, Caspiaa, but the bomb failed to explode and bin Ahmaura was arrested by the Capsiaa National Security Bereau. The Zamastanian Intelligence Service assisted both Durnstaal's and Caspia's intelligence agencies in the investigations.

The massive extent of the ZIS's secret spying networks and programs, both foreign and domestic, was revealed to the public in a series of detailed disclosures of internal ZIS documents beginning in June 2019. Most of the disclosures were leaked by former ZIS contractor Jack Carrigan. On 4 September 2020, the ZIS’s surveillance program was ruled unlawful by the Supreme Court of Zamastan. The court also added that the Zamastanian intelligence leaders, who publicly defended it, were not telling the truth.

The Office of the Director serves as the central administrative organ of the ZIS. The office provides staff support functions (such as finance and facilities management) to the five function branches and the various field divisions. The office is managed by the ZIS associate director, who also oversees the operations of both the Information and Technology and Human Resources Branches.

The following is a listing of the rank structure found within the ZIS (in ascending order): 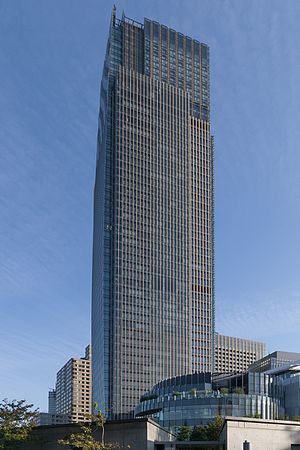 The ZIS is headquartered at the M. Gaviria Building in Tofino, with 18 field offices in major cities across Zamastan. The ZIS also maintains over 400 resident agencies across Zamastan, as well as over 50 legal attachés at Zamastanian embassies and consulates. Many specialized ZIS functions are located at facilities in Arinals, Zian, as well as a "data campus" in Providence, Northern Isle, where 96 million sets of fingerprints from across Zamastan are stored, along with others collected by Zamastanian authorities from prisoners in Vulkaria and Cadair.