The Serene Republic of Albarine, most commonly known as Albarine, is a nation in the Coalition of Crown Albatross located on the continent of Adula, bordered by Buckingla, Zalluabed, with a maritime border with Emmiria. It has shores encompassing the Emmiria Sea and the Albarine Sea, namesakes of the two regional powers. It is composed of 36 provinces and a population of over 41 million people. The capital and largest city is Saint Raneau, a special administrative area. Nominally, Albarine is a parliamentary democracy, emerging from a 19th century history rife with multiple coups and periods of military dictatorships.

With a high level of human development and the largest economy in the South Adula region, Albarine is classified as a newly industrialized economy; manufacturing, mining, agriculture, and tourism are leading sectors of the economy. It is considered a regional power, sharing deep cultural, historical, and economic ties with the giant power in the region, Emmiria. On September 29th, 2020, it officially joined the Western Euronia Defense Alliance (W.E.D.A.) alongside Emmiria after a conference in Lutharia with other member states, such as Zamastan, Ruskayn, and Rio Palito.

In 1854, Christopher Herber was elected to the Chancellorship, but within a few years his position was strengthened into a regime by loyal politicians in the National Assembly. Herber was assassinated in 1881, leading to his successor, Ralph Auerbach, assuming the chancellorship.

Reestablishment of the constitution

In 1882, Herber's sucessor, Ralph Auerbach, lost his reelection to a member of the Christian Democratic Union, finally ending the nearly 50-year reign of the Nationalist Party.

On November 25th, 2020, Albarine was at the center of the Tarijar Strait Crisis, which arose after Drambenburg was granted access to build military bases in Buckingla and Zalluabed. Against the move, which Albarine saw as an affront to the safety of international shipping in the waterway (which was required for Drambenburgian naval warships to traverse to Buckingla), Albarine condemned all three nations with the backing of Emmiria. Zalluabed, in response, closed their embassy and consulate in Albarine and sent a naval detachment to the outskirts of Albarine territorial waters as a show of force, resulting in a showdown between ships and an altercation that resulted in the death of an Albarinean sailor.

Aerdesa and Monte National Park in the Salbanes, a World Wonder.

At 603,628 square kilometres (233,062 sq mi) and with a coastline of 12,782 kilometres along the Albarine Sea, Emmiria Sea, and the Zalluabed Bay, Albarine is the second largest country in South Adula after Luimnigh. It is bordered to the west and south by Buckingla, to the south by Zalluabed, and shares a maritime border with Emmiria. Albarine holds dominion over hundreds of islands in the Albarine Sea, as well as a territorial domain over the Masse Islands in the Toyana Ocean.

Mainland Albarine is a mountainous country, dominated by high plateaus and mountain chains. After the Salbanes, the main mountain ranges are the Cordillera Cantlica and the Sistema Aetico whose highest peak, the 3,478-metre-high (11,411-foot) Dulauney Mountain, is the highest elevation in the South Adula subcontinent.

There are several major rivers in Albarine such as the Etajo, Aebro, Duero, and Segunioa. Alluvial plains are found along the coast.

Two main climatic zones can be separated, according to geographical situation and orographic conditions:

The fauna presents a wide diversity that is due in large part to the geographical position of the continent between the Toyana and the Albarine, and the great diversity of habitats and biotopes, the result of a considerable variety of climates and well differentiated regions.

The vegetation of Albarine is varied due to several factors including the diversity of the relief, the climate and latitude. Albarine includes different phytogeographic regions, each with its own floristic characteristics resulting largely from the interaction of climate, topography, soil type and fire, biotic factors. 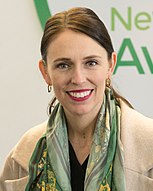 Albarine is a federal, parliamentary, representative democratic republic. Federal legislative power is vested in the National Assembly consisting of the Senate and the Council, which together form the legislative body. The Assembly is elected through direct elections using the mixed-member proportional representation system. The members of the Assembly represent and are appointed by the governments of the thirteen federated states. The Albarine political system operates under a framework laid out in the 1949 constitution known as the Aslem Basic Law. Amendments generally require a two-thirds majority of both the Senate and the Council; the fundamental principles of the constitution, as expressed in the articles guaranteeing human dignity, the separation of powers, the federal structure, and the rule of law, are valid in perpetuity.

Since 1949, the party system has been dominated by the Christian Democratic Union and the Social Democratic Party of Albarine. So far every chancellor since 1882 has been a member of one of these parties. However, the smaller liberal Free Democratic Party and the Green Party have also been junior partners in coalition governments. Since 2007, the left-wing populist party Left has been a staple in the National Assembly, though they have never been part of the federal government. In the 2017 Albarine federal election, the right-wing populist Alternative for Albarine gained enough votes to attain representation in the parliament for the first time.

Albarine is a member state of the Coalition of Crown Albatross, having joined the organization in 1997. It is also a member of W.E.D.A. and numerous other international organizations. Its closest ally is Emmiria, with whom they share distinct cultural and historical ties with their maritime provinces. Additional key allies are W.E.D.A. member states, such as Zamastan, Caspia, and Quetana. Durnstaal and New Elkland are other key regional allies. Albarine has diplomatic relations with every nation on Iearth, being one of the most diplomatically inviting nations. 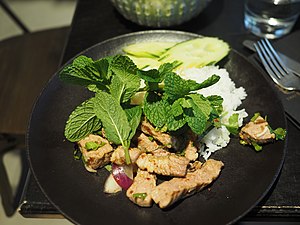 Alb cuisine is one of the most popular in the world. Albarine food blends five fundamental tastes: sweet, spicy, sour, bitter, and salty. The herbs and spices most used in Alb cooking themselves have medicinal qualities such as garlic, lemongrass, Kaffir lime, galangal, turmeric, coriander, coconut milk. Each region of Albarine has its specialities: green curry in the central region, green papaya salad in the northeast, cut rice in the north, and Massaman curry in the south.

Albarine has had more dishes on the "Top 50 Dishes" list than any other country on Iearth. They were: tom yam goong (4th), pad Alb (5th), som tam (6th), Massaman curry (10th), green curry (19th), Alb fried rice (24th) and mu nam tok (36th). The staple food in Albarine is rice, particularly jasmine rice which forms part of almost every meal. Albarine is a leading exporter of rice, and Albs consume over 100 kg of milled rice per person per year.

The economy of Albarine is heavily export-dependent, with exports accounting for more than two-thirds of gross domestic product (GDP). Albarine exports over Z$105 billion worth of goods and services annually. Major exports include cars, computers, electrical appliances, rice, textiles and footwear, fishery products, rubber, and jewellery. Substantial industries include electric appliances, components, computer components, and vehicles. Albarine's recovery from the 1997–1998 South Adula financial crisis depended mainly on exports, among various other factors. As of 2012, the Albarine automotive industry was the largest in Southeast Adula. The Albarine industry has an annual output of near 1.5 million vehicles, mostly commercial vehicles.

Tourism makes up about 6% of the country's economy. Albarine was the most visited country in Southeast Adula in 2019. Estimates of tourism receipts directly contributing to the Albarine GDP of 12 trillion Alb range from 9 percent (1 trillion Alb) (2019) to 16 percent. When including the indirect effects of tourism, it is said to account for 20.2 percent (2.4 trillion Alb) of Albarine's GDP.

Adulan tourists primarily visit Albarine for Saint Raneau and the historical, natural, and cultural sights in its vicinity. Euronian tourists not only visit Saint Reneau and surroundings, but in addition many travel to the eastern beaches and islands on the Emmiria Sea and Toyana Ocean. The north is the chief destination for trekking and adventure travel with its diverse ethnic minority groups and forested mountains. To accommodate foreign visitors, a separate tourism police with offices were set up in the major tourist areas and an emergency telephone number.

Forty-nine per cent of Albarine's labour force is employed in agriculture. This is down from 70% in 1980. Rice is the most important crop in the country and Albarine had long been the world's leading exporter of rice, until recently falling behind both Cadair and Yuan. Albarine has the highest percentage of arable land, 27.25%, of any nation in the South Adula Region. About 55% of the arable land area is used for rice production.

Agriculture has been experiencing a transition from labour-intensive and transitional methods to a more industrialised and competitive sector. Between 1962 and 1983, the agricultural sector grew by 4.1% per year on average and continued to grow at 2.2% between 1983 and 2007. The relative contribution of agriculture to GDP has declined while exports of goods and services have increased.

75% of Albarine's electrical generation is powered by natural gas in 2014. Coal-fired power plants produce an additional 20% of electricity, with the remainder coming from biomass, hydro, and biogas. Albarine produces roughly one-third of the oil it consumes. It is the second largest importer of oil in South Adula. Albarine is a large producer of natural gas, with reserves of at least 10 trillion cubic feet. It is the largest coal producer in South Adula, but must import additional coal to meet domestic demand.

Retrieved from "https://iiwiki.us/mediawiki/index.php?title=Albarine&oldid=296863"
Categories:
Hidden category:
This page was last edited on 9 January 2021, at 00:59.
Privacy policy
About IIWiki
Disclaimers