Kistolia is a nation located in Thuadia, Anteria. It was created in the year 1954, after a civil war with the previous nation The Dutchy Empire. It is also part of the Kistolian Union.

Kistolia was derived from the Kiol River, and the Liano Sea. The river and sea were very important and were one of the major reasons Kistolia had won the revolution.

Kistolia is a Parliamentary republic. The parliament is the upper house, consistes of 200 seats. As of 2021, the parties include:

The party currently in control is Liberal.

The middle house is the Senate, and the House of Representatives is the lower house.

The Kistolian National Department of Investigation (KNDI) is a investigation department most like the American FBI. It investigates crime like murder, treason, and other major crimes.

The Kistolian Foreign and Domestic Surveillance (KFDS) is an Intellegence and Counter-Intellegence Agency most like the American CIA. It investigates Foreign Countries, Kistolian Citizens, and Terrorist Orginizations.

Below is a list of all of the sectors in the government:

Department of Federal and Territorial Police

Kistolia prefers reusable power, it still uses fossil fuels, but way less than other ways to get power, currently the most used type of power is Nuclear Power 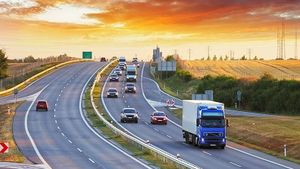 Interstate 97 (I-97) running through the territory of Spe.

Kistolians wear masks and hoods, to represent their history as they were used as taunts during the revolution.

- Only In Words of Foreign Origin

Retrieved from "https://iiwiki.us/mediawiki/index.php?title=Kistolia&oldid=347169"
Categories:
Hidden category:
This page was last edited on 11 May 2021, at 14:20.
Privacy policy
About IIWiki
Disclaimers