The Republic of Cyruda, most commonly known as Cyruda, is a nation located on the continent of Adula, bordered by Alecburgh. Located in the South Adula subcontinent and along the coast of the Croix Sea, it is largely closed off to the rest of the world. Cyruda has been settled since at least the Upper Paleolithic but permanent human settlement traces back to the Neolithic age, during which time it was inhabited by a vast variety of cultures. After the arrival of the first Continental Adulans, it was populated by several Qolaysian, Emmirian, and Nebetian civilizations.

Culturally, politically, and socially, the country has a rich but complex history, having been first settled by the Nebetian and Ireqa peoples that populate the area today from the 6th through to the 9th centuries. In the 12th century the Cinate of Cyruda was established, which evolved into the Kingdom of Cyruda in the 14th century, after which it was annexed into the Bazira Empire, under whose rule it remained from the mid-15th to the late 18th centuries. The Bazira, along with their trading networks through Qolaysia and Emmiria, brought Islam and Christianity to the region, and altered much of the cultural and social outlook of the country as Christianity overtook Islam as the predominent religion. After the World War, it was granted full republic status in the newly formed Socialist Federal Republic of Cyruda. Following the dissolution of the Socialist government, the republic proclaimed independence in 1992.

Cyruda has a bicameral legislature and President, whom is currently Guiler Batemara. However, the central government's power is highly limited, as the country is largely decentralized and comprises two autonomous entities: the Federal Republic of Cyruda and Republic Cyuc.

Cyruda is a developing country and ranks moderately in human development. Its economy is dominated by the industry and agriculture sectors, followed by the tourism and service sectors, the former of which has seen a significant rise in recent years. The country has a social security and universal healthcare system, and primary- and secondary-level education is tuition-free. Cyruda is a member of multiple international organizations, including the Southeastern International Association of Adula, the Coalition Trade Organization, and the Coalition of Crown Albatross. 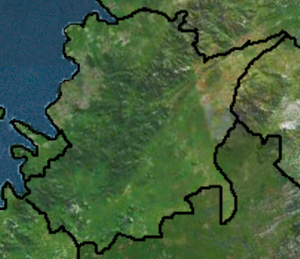 A satellite image of Cyruda

Cyruda is located in Southern Adula, bordered by Tire Blin to the east and Alecburgh to the north, Alecburgh's exclave in the southwest, where it also shares a border with Bazria. To the west, it has a shoreline with the Croix Sea.

Most of Cyruda has a moderately warm and rainy continental climate as defined by the Köppen climate classification. Mean monthly temperature ranges between −3 °C (27 °F) in January and 18 °C (64 °F) in July. The coldest parts of the country are where the snowy forested climate is found at elevations above 1,200 metres (3,900 feet). The warmest areas of Cyruda are at the Croix coast and especially in its immediate hinterland characterised by the sea's climate, as the temperature highs are moderated by the sea. Consequently, temperature peaks are more pronounced in the continental areas. The lowest temperature of −35.5 °C (−31.9 °F) was recorded on 3 February 1919 in Vatoveas, and the highest temperature of 42.8 °C (109.0 °F) was recorded on 4 August 1981 in Dawea.

Mean annual precipitation ranges between 600 millimetres (24 inches) and 3,500 millimetres (140 inches) depending on geographic region and prevailing climate type. The least precipitation is recorded in the outer islands and the southern parts of Cyruda. However, in the latter case, it occurs mostly during the growing season.

Prevailing winds in the interior are light to moderate northwest or southwest, and in the coastal area, prevailing winds are determined by local area features. Higher wind velocities are more often recorded in cooler months along the coast, generally as the cool northeasterly bura or less frequently as the warm southerly jugo. The sunniest parts of the country are the outer islands, where more than 2700 hours of sunshine are recorded per year.

Cyruda can be subdivided between several ecoregions because of its climate and geomorphology. The country is consequently one of the richest in Southern Adula in terms of biodiversity, often challenged only by Qolaysia and Saint Croix and Bens. There are four types of biogeographical regions in Cyruda—the Croix along the coast and in its immediate hinterland, Alpine, Pannonian, and Continental.

There are 37,000 known species in Cyruda, but their actual number is estimated to be between 50,000 and 100,000. The claim is supported by nearly 400 new taxa of invertebrates discovered in Cyruda in the first half of the 2000s alone. There are more than a thousand endemic species, especially in the mountains, islands and rivers. Legislation protects 1,131 species. The most serious threat to species is the loss and degradation of habitats. A further problem is presented by invasive alien species, especially Caulerpa taxifolia algae.

With an estimated population of 5.13 million in 2019, Cyruda is one of the least populous and most sparsely populated nations on Iearth. Its population density stood in 2018 at 72.9 inhabitants per square kilometre, making Cyruda one of the more sparsely populated Adulan countries. The overall life expectancy in Cyruda at birth was 76.3 years in 2018.

Cyruda has no official religion. Freedom of religion is a right defined by the Constitution which also defines all religious communities as equal before the law and separated from the state. According to the 2011 census, 91.36% of Cyrudans identify as Christian; of these, Catholics make up the largest group, accounting for 86.28% of the population, after which follows Orthodoxy (4.44%), Protestantism (0.34%), and other Christians (0.30%). The largest religion after Christianity is Islam (1.47%). 4.57% of the population describe themselves as non-religious. 69% of the population of Cyruda responded that "they believe there is a God". 70% answered yes to the question "Is religion an important part of your daily life?" However, only 24% of the population attends religious services regularly. 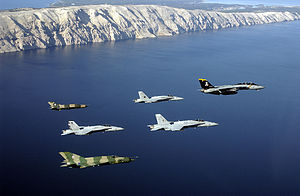 The Cyruda Armed Forces (CAF) consist of the Air Force, Army, and Navy branches in addition to the Education and Training Command and Support Command. The CAF is headed by the General Staff, which reports to the Defense Minister, who in turn reports to the President. According to the constitution, the President is the commander-in-chief of the armed forces. In case of immediate threat during wartime, he issues orders directly to the General Staff.

As of 2019, military spending was an estimated 1.68% of the country's GDP. Traditionally relying on many conscripts, CAF went through a period of reforms focused on downsizing, restructuring and professionalization in the years before accession to Southeastern International Adula Association in April 2009. According to a presidential decree issued in 2006, the CAF employs around 28,100 active duty military personnel, 3,000 civilians and 2,000 voluntary conscripts between 18 and 30 years old in peacetime.

Compulsory conscription was abolished in January 2008. Until 2008 military service was obligatory for men at age 18 and conscripts served six-month tours of duty, reduced in 2001 from the earlier scheme of nine-month conscription tours. Conscientious objectors could instead opt for an eight-month civilian service.

As of May 2019, the Cyruda military had 72 members stationed in foreign countries as part of CCA-led international peacekeeping forces.

Cyruda also has a military industry sector which exported around 493 million kunas (Z$65,176 million) worth of military equipment and armament in 2020. Cyruda-made weapons and vehicles used by CAF include the standard sidearm VS2000 manufactured by VS Produkt and the C-49D battle tank Uniforms and helmets worn by CAF soldiers are also locally produced and successfully marketed to other countries.