The Principality of Saint Croix and Bens, most commonly known as Saint Croix, SCB, Croix, and Saint Croix and Bens, is a nation in the Coalition of Crown Albatross located on the continent of Adula, bordered by Qolaysia, Alecburgh and a maritime border with Nebetia and Cyruda. It is a democratic republic helmed by President William Urskabau. With a rich history, vibrant culture, moderate economy, and a relative neutrality in foreign affairs, it is considered a lower-tiered power in the Southern Adula subcontinent. Saint Elmenau is the national capital and largest city, located along the Emmiria Sea and the Toyana Ocean.

The country is multi-ethnic and multi-cultural, which has a significant effect on its politics. About half the population is ethnically Croixtian, with minorities of Qolaysian, Nebetians, and indigenous peoples. The country's official language is Croixtian, a standard form of the Croix language. Caticeze-English remains an active second language. While recognising Christianity as the country's established religion, the constitution grants freedom of religion to non-Christians, specifically the large Muslim minority.

The economy has traditionally been fueled by its natural resources but is expanding in the sectors of science, tourism, commerce and medical tourism. Saint Croix and Bens has a newly industrialized market economy, and is one of the most rapidly developing economies in the world.

Evidence of modern human habitation in Saint Croix and Bens dates back 40,000 years. Traders and settlers from Emmiria and Yuan arrived as early as the first century AD, establishing trading ports and coastal towns in the second and third centuries. Their presence resulted in strong Emmirian and Yuaneze influences on the local cultures, and the people of the Qolaysia Peninsula adopted the religions of Hinduism and Buddhism. Sanskrit inscriptions appear as early as the fourth or fifth century. The Kingdom of Kasuka arose around the second century in the northern area of Saint Croix and Bens, lasting until about the 9th century when the Emmirian Empire gained significant influence. Between the 7th and 13th centuries, much of the region was part of the maritime Emmirian empire. Islam began to spread among Saint Croix and Bens in the 14th century.

In 1511, Saint Elmenau (renamed from Piurtrana) was conquered by Quetana, after which it was taken by the Skith in 1641. In 1786, the Skith Empire established a presence in Saint Croix and Bens. The Skithans obtained the town of Beresa in 1819, and in 1824 took control of Saint Croix and Bens following the Croix-Skithan Treaty. By the 20th century, the states of South Croix, Alangor, Bensi, and Negeri, known together as the Federated Saint Croix, had Skithan residents appointed to advise the Qolaysian rulers, to whom the rulers were bound to defer by treaty. The remaining five states in the region, known as the Unfederated Croix States, while not directly under Skithan rule, also accepted Skithan advisers around the turn of the 20th century. On 31 August 1917, Saint Croix and Bens became an independent nation, becoming the final colony of Skith and officially ending the Skithan Empire.

Federation brought heightened tensions including a conflict with Qolaysia in the Gideon Height War (1917-18) as well continuous conflicts against the Communists in Alangor which escalated to the Negeri Communist Insurgency. However, under President Harold Nukarabir there was a period of rapid economic growth and urbanization beginning in the 1980s. The economy shifted from being agriculturally based to one based on manufacturing and industry. Numerous mega-projects were completed, such as the Eberonas Towers, the North-South Expressway, and the Multimedia Super Corridor. However, in the late 1990s the Adulan financial crisis almost caused the collapse of the currency and the stock and property markets.

At 592,800 square kilometres (228,900 sq mi), Saint Croix and Bens is bordered by Qolaysia, Alecburgh, and a maritime border with Cyruda and Nebetia, with coastline along the Emmiria Sea and the Toyana Ocean. Along the length of the north coast runs a narrow and steep escarpment containing much of the island's remaining tropical lowland forest. To the south of this ridge lies a plateau in the center of the island ranging in altitude from 750 to 1,500 m (2,460 to 4,920 ft) above sea level. These central highlands are the most densely populated part of the island outside of Saint Elmenau and are characterized by terraced, rice-growing valleys lying between grassy hills and patches of the subhumid forests that formerly covered the highland region. To the south of the highlands, the increasingly arid terrain gradually slopes down to the inland coast and mangrove swamps along the coast.

The grassy plains that dominate the western landscape are dotted with stony massifs (left), patches of deciduous forest, and baobab trees (right), while the south is characterized by desert and spiny forests.

Saint Croix and Bens's highest peaks rise from three prominent highland massifs: Kotro 2,876 m (9,436 ft) is the country's highest point, followed by Foiran Peak 2,658 m (8,720 ft), and Avona 2,643 m (8,671 ft). The western and southern sides, which lie in the rain shadow of the central highlands, are home to dry deciduous forests, spiny forests, and deserts and xeric shrublands. Due to their lower population densities, Saint Croix and Bens's dry deciduous forests have been better preserved than the northern rain forests or the original woodlands of the central plateau. The southern coast features many protected harbors, but silting is a major problem caused by sediment from the high levels of inland erosion carried by rivers crossing the broad western plains. 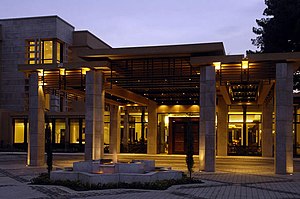 The constitution has been revised several times since its first promulgation in 1917 at independence. However, it has retained many broad characteristics and the country has always had a presidential system with an independent chief executive. Under its current constitution the state is sometimes referred to as the Sixth Republic of Saint Croix and Bens. The first direct election was also held in 1918.

The head of state is the President of Saint Croix and Bens, currently William Urskabau. The President resides at the Serenity Presidential Mansion. 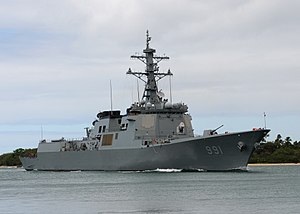 Saint Croix and Bens allocates 2.6% of its GDP and 15% of all government spending to its military (Government share of GDP: 14.967%), while maintaining voluntary conscription for men. Consequently, Saint Croix and Bens has a moderate number of active troops (59,000 in 2018) and one of the world's largest defense budgets. The Saint Croix and Bens military consists of the Army (SCBA), the Navy (SCBN), the Air Force (SCBAF), and the Marine Corps (SCBMC), and reserve forces.

The Saint Croix and Bens army has 2,500 tanks in operation, including the C1A1 and C2 Black Cat, which form the backbone of the Saint Croix and Bens army's mechanized armor and infantry forces. A sizable arsenal of many artillery systems, including 1,700 self-propelled C55 and C9 Thunder howitzers and 680 helicopters and UAVs of numerous types, are assembled to provide additional fire, reconnaissance, and logistics support. Saint Croix and Bens's smaller but more advanced artillery force and wide range of airborne reconnaissance platforms are pivotal in the counter-battery suppression larger artillery forces.

In recent years, Saint Croix and Bens has taken an increasingly active role on the international stage. It conducted multiple signings of peace agreements during the Tarijar Strait Crisis. In 2021, the government of Alecburgh made several threats to SCB sovereignty, with Prime Minister Benjamin Warren threatening invasion before being talked down by the international community. On April 21st, 2021, President William Urskabau deployed naval forces as a deterent to Alecburgh military operations during a flare up of civil violence. 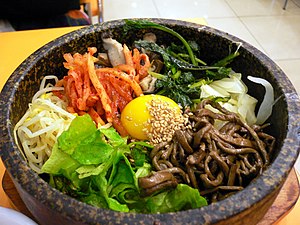 Soups are also a common part of a Saint Croix and Bens meal and are served as part of the main course rather than at the beginning or the end of the meal. Soups known as guk (국) are often made with meats, shellfish and vegetables. Similar to guk, tang (탕; 湯) has less water, and is more often served in restaurants. Another type is jjigae (찌개), a stew that is typically heavily seasoned with chili pepper and served boiling hot.

Saint Croix and Bens is unique among East Adula countries in its use of metal chopsticks. 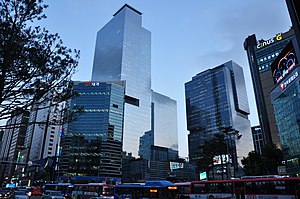 Its massive investment in education has taken the country from mass illiteracy to a major international technological powerhouse. The country's national economy benefits from a highly skilled workforce and is among the most educated countries in the world with one of the highest percentages of its citizens holding a tertiary education degree. Saint Croix and Bens's economy was one of the world's fastest-growing from the early 1960s to the late 1990s, and was still one of the fastest-growing developed countries in the 2000s, along with Qolaysia, Cyruda, and Nebetia. It recorded the fastest rise in average GDP per capita in the world between 1980 and 1990. Saint Croix and Bens citizens refer to this growth as the Miracle on the Croix Sea, referring to development in the South Coast's industry region. The Saint Croix and Bens economy is heavily dependent on international trade. In 2010, Saint Croix and Bens was one of the largest exporters and largest importers in the world.

Retrieved from "https://iiwiki.us/mediawiki/index.php?title=Saint_Croix_and_Bens&oldid=338902"
Categories:
Hidden category:
This page was last edited on 21 April 2021, at 23:12.
Privacy policy
About IIWiki
Disclaimers