The Kingdom of Zalluabed, most commonly known as Zalluabed, is a nation in the Coalition of Crown Albatross located on the continent of Adula, bordered by Albarine, Buckingla, Togaria. The country has a semi-arid geography, with most of the population living in the fertile east and desert mountains dominating the geography of the west. This arid geography makes the country very vulnerable to climate change. The capital and largest city, Zakaraban, is located in the east along the coast of the Emmiria Sea, and contains nearly 40% of the nation's population.

Zalluabed has a semi-presidential constitutional monarchy, with local constituencies consisting of 38 provinces and 941 communes. Zalluabed is a regional and middle power. It has one of the highest of Human Development Index of all Southern Adulan countries and one of the largest economies on the region of the continent, based largely on energy exports. Zalluabed has the 16th largest oil reserves in the world and the fourth largest in Adula, while it has the ninth largest reserves of natural gas. Zonatrach, the national oil company, is one of the largest companies in Adula, supplying large amounts of natural gas to Euronian nations, specifically Drambenburg and Tinten.

On November 25th, 2020, Albarine was at the center of the Tarijar Strait Crisis, which arose after Drambenburg was granted access to build military bases in Buckingla and Zalluabed. Against the move, which Albarine saw as an affront to the safety of international shipping in the waterway (which was required for Drambenburgian naval warships to traverse to Buckingla), Albarine condemned all three nations with the backing of Emmiria. Zalluabed, in response, closed their embassy and consulate in Albarine and sent a naval detachment to the outskirts of Albarine territorial waters as a show of force.

More than 330 species of birds were recorded in Zalluabed, 26 species of which breed in the country. Millions of migratory birds pass through the region in the winter and autumn months. One globally endangered species, Chlamydotis undulata, is a regular migrant in the autumn. The many islands and shallow seas of Zalluabed are globally important for the breeding of the Socotra cormorant; up to 100,000 pairs of these birds were recorded over the Kawar islands. Zalluabed's national bird is the bulbul while its national animal is the oryx. And the national flower of Zalluabed is the beloved Deena.

Only 18 species of mammals are found in Zalluabed, animals such as gazelles, desert rabbits and hedgehogs are common in the wild but the oryx was hunted to near-extinction. Twenty-five species of amphibians and reptiles were recorded as well as 21 species of butterflies and 307 species of flora. The marine biotopes are diverse and include extensive sea grass beds and mudflats, patchy coral reefs as well as offshore islands. Sea grass beds are important foraging grounds for some threatened species such as dugongs and the green turtle. In 2003, Zalluabed banned the capture of sea cows, marine turtles and dolphins within its territorial waters.

Zalluabed is a constitutional monarchy headed by the King, Farik al-Jamura. King Jamura enjoys wide executive powers which include appointing the President of Zalluabed and his ministers, commanding the army, chairing the Higher Judicial Council, appointing the parliament's upper house and dissolving its elected lower house. The head of government is the President. In 2010, about half of the government was composed of the al-Jamura family.

Zalluabed has a bicameral National Assembly consisting of the Zhura Council with 40 seats and the Council of Representatives with 40 seats. The forty members of the Zhura are appointed by the king. In the Council of Representatives, 40 members are elected by absolute majority vote in single-member constituencies to serve four-year terms. The appointed council "exercises a de facto veto" over the elected, because draft acts must be approved so they may pass into law. After approval, the king may ratify and issue the act or return it within six months to the National Assembly where it may only pass into law if approved by two thirds of both councils. 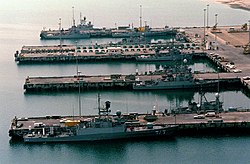 King Aziz Naval Base in Zakaraban, home to the fleet of the Royal Zalluabed Navy and the Drambenburg Naval Dispatch

The kingdom has a small but well equipped military called the Zalluabed Defence Force (ZDF), numbering around 83,000 personnel. The supreme commander of the military is King al-Jamura and the deputy supreme commander is the Crown Prince, Hamad al-Jamura. The ZDF is primarily equipped with Drambenburgian equipment.

Zalluabed is a member of the Coalition of Crown Albatross, and has established bilateral relations with 89 countries worldwide. As of 2012, Zalluabed maintains a network of 25 embassies and 3 consulates. It's closest allies are Buckingla and Drambenburg, the latter of which holds significant military presence within the country. Drambenburg holds military leases at two airports (one of which is at the capital of Zakaraban), and a naval base in the port of Zakaraban.

Economic conditions have fluctuated with the changing price of oil since 1985. With its highly developed communication and transport facilities, Zalluabed is home to a number of multinational firms and construction proceeds on several major industrial projects. A large share of exports consist of petroleum products made from imported crude oil, which accounted for 51% of the country's imports in 2019. Zalluabed depends heavily on food imports to feed its growing population; it relies heavily on meat imports from Albarine and Emmiria and also imports 75% of its total fruit consumption needs.

Retrieved from "https://iiwiki.us/mediawiki/index.php?title=Zalluabed&oldid=279630"
Categories:
Hidden category:
This page was last edited on 25 November 2020, at 23:06.
Privacy policy
About IIWiki
Disclaimers