The Zamastanian Army is the principal land warfare force of Zamastan, a part of Zamastanian Armed Forces. As of 2020, the Zamastanian Army comprises just over 1,260,000 trained personnel and just over 360,000 are trained reserve (part-time) personnel. As the oldest branch of the ZAF, the modern army has its roots in the War of Independence and established before the formation of the Republic. It is a uniformed service of the Zamastanian government and operates under a large organizational structure with the President of Zamastan serving as the commander-in-chief, followed by the Secretary of Defense, Secretary of the Army, and the Chief of Army Operations. As a branch of the armed forces, the mission of the Zamastanian Army is "to fight and win conflicts by providing immediate and sustained land dominance across the full range of military operations in support of combatant commanders". The branch participates in conflicts worldwide and is the major ground-based offensive and defensive force of Zamastan, and also serves as a contingent of the Coalition of Crown Albatross's peacekeeping operations.

The Zamastanian Army has been a volunteer force since national service ended during the 1960s. Since the creation of the part-time, reserve Territorial Force in 1908 (renamed the Army Reserve in 2014) the full-time Zamastanian Army has been known as the Regular Army. In January 2018 there were just over 1,260,000 trained Regulars, of which 321,000 are part of the National Guard, and 371,000 of them are Army Reservists. 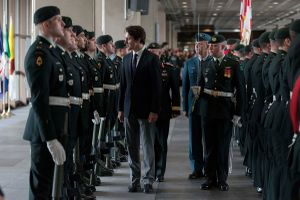 The army employs various individual weapons to provide light firepower at short ranges. The most common weapon type used by the army is the Z4A7 carbine rifle. The primary sidearm in the Army is the 9 mm Z9 pistol. Soldiers are also equipped with various hand grenades, such as the Z67 fragmentation grenade and Z18 smoke grenade.

The Zamastanian Army doctrine puts a premium on mechanized warfare. It fields the highest vehicle-to-soldier ratio in the world as of 2020. The army's most common vehicle is the Rapid Mobility Multipurpose Wheeled Vehicle (ZHMMWV), commonly called the Terrier, which is capable of serving as a cargo/troop carrier, weapons platform and ambulance, among many other roles. The Talon-2 tank is the army's main battle tank. Other vehicles include the Leopard Armored Personnel Vehicle and multiple types of Mine Resistant Ambush Protected (MRAP) vehicles.