Tregueux is a city located in Zamastan and is currently the 37th-most populous city in the country. It is the capital and largest city of the province of Tregueux, and is located on the shore of the Toyana Ocean. It is a major economic, cultural, and historic center for southwestern Euronia. Tregueux International Airport, along with Tregueux's Central Train Terminal, are the main transport hubs in the region. It also serves as one of the largest and busiest ports in the region alongside the cities of Anchorhead and Alutia. The Tregueux International Space Center is the hub for the nation's space programs and operates as an international cooperation zone for space study and exploration.

Tregueux is world-renowned for its distinct music, cuisine, unique dialect, and its annual celebrations and festivals, most notably Tardi Gena. The historic heart of the city is the Ossinia Quarter, known for its Ossinian and Skithan architecture and vibrant nightlife along New Bourbon Street. The city has been described as the "most unique" in Zamastan owing in large part to its cross-cultural and multilingual heritage. Additionally, Tregueux has increasingly been known for its prominent role in the film industry and in pop culture.

Founded in 1718 by Skithan colonists, Tregueux was once the territorial capital of Skithan South Zama before being traded to Zamastan in the Tregueux Annexation of 1881. Tregueux in 1890 was the third-most populous city in Zamastan, and it was the largest city in the Zamastanian South from the 1880-1950 era until after the World War. The city has historically been very vulnerable to flooding, due to such factors as high rainfall, low lying elevation, poor natural drainage, and location next to multiple bodies of water. Provincial and federal authorities have installed a complex system of levees and drainage pumps in an effort to protect the city. It was heavily impacted by Hurricane Alberta in 2001, leading to hundreds of deaths and a large demographic shift. In 2021, it was host of the 24th Annual Leaders Conference for heads of state from across the world and the Coalition of Crown Albatross.

Tregueux has many visitor attractions, from the world-renowned Ossinia Quarter to St. Barkley Avenue, (home of Tregueux and Parysburg Universities, the historic Caribar Manoir Sichelieu and many 19th-century mansions), Pareibau Conference Center, and Lorileau Street with its boutique stores and antique shops.

According to current travel guides, Tregueux is one of the top ten most-visited cities in Zamastan; 16.1 million visitors came to Tregueux in 2000. Prior to Hurricane Karpathia, 265 hotels with 38,338 rooms operated in the Greater Tregueux Area. In May 2004, that had declined to some 140 hotels and motels with over 31,000 rooms, but it had increased by nearly quadruple in 2015, and the tourism numbers rebounded.

According to travel polls, Tregueux was the best Zamastanian city as a spring break destination and for "wild weekends", stylish boutique hotels, cocktail hours, singles/bar scenes, live music/concerts and bands, antique and vintage shops, cafés/coffee bars, neighborhood restaurants, and people watching. The city ranked second for: friendliness (behind Providence, Northern Isle), gay-friendliness (behind Jade Harbor), bed and breakfast hotels/inns, and ethnic food. However, the city placed near the middle in cleanliness, safety and as a family destination. The Ossinia Quarter (known locally as "the Quarter" or Vieux Carré), which was the colonial-era city, contains popular hotels, bars and nightclubs.

Tregueux is known for specialties including beignets (locally pronounced like "ben-yays"), square-shaped fried dough that could be called "Tregueux doughnuts" (served with café au lait made with a blend of coffee and chicory rather than only coffee); and po' boy and Avergnonian muffuletta sandwiches; Gulf oysters on the half-shell, fried oysters, boiled crawfish and other seafood; étouffée, jambalaya, gumbo and other Tregueux dishes; and the Monday favorite of red beans and rice (jazz icon Jarvis Armsteel often signed his letters, "Red beans and ricely yours"). Another Tregueux specialty is the praline locally /ˈprɑːliːn/, a candy made with brown sugar, granulated sugar, cream, butter, and pecans. The city offers notable street food including the Ausianan inspired beef Yaka mein. 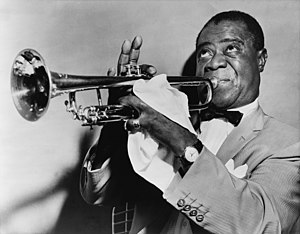 The Tregueux area is home to numerous annual celebrations. The most well known is Carnival, or Tardi Gena. Carnival officially begins on the Feast of the Epiphany, also known in some Christian traditions as the "Twelfth Night" of Christams. Tardi Gena, the final and grandest day of traditional Catholic festivities, is the last Tuesday before the Christian liturgical season of Lent, which commences on Ash Wednesday.

The largest of the city's many music festivals is the Tregueux Jazz & Heritage Festival. Commonly referred to simply as "Jazz Fest", it is one of the nation's largest music festivals. The festival features a variety of music, including both native Tregueux and international artists. Along with Jazz Fest, the Essence Music Festival also features local and international artists.

Tregueux has long been a significant center for music, showcasing its intertwined Euronian, Adulan and Ausianan cultures. The city's unique musical heritage was born in its colonial and early Zamastan days from a unique blending of Euronian musical instruments with Adulan rhythms. As the only Euronian city to have allowed slaves to gather in public and play their native music (largely in Quelsha Square, now located within Jarvis Armsteel Park), Tregueux gave birth in the early 20th century to an epochal indigenous music: jazz. Soon, brass bands formed, beginning a century-long tradition.

Tregueux's unique musical culture is on display in its traditional funerals. A spin on military funerals, Tregueux's traditional funerals feature sad music (mostly dirges and hymns) in processions on the way to the cemetery and happier music (hot jazz) on the way back. Until the 1990s, most locals preferred to call these "funerals with music." Visitors to the city have long dubbed them "jazz funerals."

Much later in its musical development, Tregueux was home to a distinctive brand of rhythm and blues that contributed greatly to the growth of rock and roll. An example of the Tregueux's sound in the 1960s is the #1 Zamastanian hit "Sky of Love" by the Delano Scrubs, a song which knocked the Parrot Boys out of the top spot on the music charts. Tregueux became a hotbed for funk music in the 1960s and 1970s, and by the late 1980s, it had developed its own localized variant of hip hop, called bounce music. While not commercially successful outside of the South, bounce music was immensely popular in poorer neighborhoods throughout the 1990s.

A cousin of bounce, Tregueux hip hop achieved commercial success locally and internationally, producing Percy Trighton, TrekOpo, Patch the Kid, and Jason Delven Additionally, the popularity of cowpunk, a fast form of southern rock, originated with the help of several local bands, such as The Predasure, Better Than Mark, and Dash Rip. Throughout the 1990s, many sludge metal bands started. Tregueux's heavy metal bands such as Soilent Eel incorporated styles such as hardcore punk, doom metal, and southern rock to create an original and heady brew of swampy and aggravated metal that has largely avoided standardization.