Embassy Row is the informal name for a diplomatic exclusive district in Tofino, Zamastan dedicated to embassies, ambassador residences and offices of foreign governments from across Iearth. Visiting dignataries, whether on diplomatic visits on behalf of their national leaders or attending Coalition of Crown Albatross sessions at the headquarters, also located in the district, have residencies in this district. Nearby neighborhoods, such as Kingston and Belles, also host offices or private residences for foreign governments.

There are four sub-districts within Embassy Row. There are varying streets and infrastructure which also varies in terms of how large each embassies' staff is. The sub-districts are; 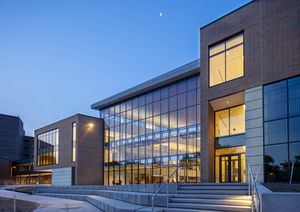 One of the complexes of the Whitefield Street embassies

Whitefield Street contains the embassies of: 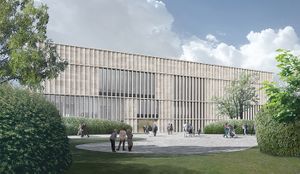 One of the complexes of the Hapson Gardens embassies

Hapson Gardens contains the embassies of: 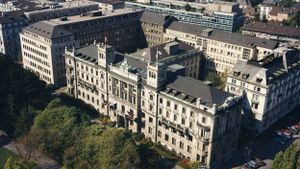 One of the complexes of the Abbotsford Park embassies

Abotsford Park contains the embassies of: 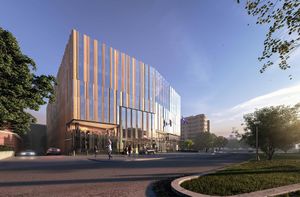 One of the complexes of the Mamba District embassies

The Mamba District embassies are the newest addition to the Embassy Row district, with most buildings being constructed in the early 2010s. Many nations relocated from their previous embassy sites in Abbotsford Park to take residence in the more modern, individualistic structures. Mamba District contains the embassies of:

a. The Zamastanian Government holds authority over the rejection or application of any foreign nation in any of the embassy grounds

b. The embassies will remain under governance of the soil of the sovereign nation currently using it.

c. Aircraft or sea-craft belonging to foreign dignitaries will be stored at the nearest port of entry unless ordered otherwise by the Zamastanian government.

d. Before entering Zamastanian soil, all members of the Foreign Diplomatic Mission will be subject to security checks at airports, seaports, or other ports of entry.

e. Each embassy is reserved to no more than the specified number of security personal, weaponry, and vehicles, as distinguished per district;

a. Diplomatic Immunity shall be extended towards all Embassy Staff.

b. Diplomatic Immunity shall consist of the following:

b.i Freedom from arrest and/or detention.

b.iii Freedom from being issued a subpoena.

b.iv Diplomatic Immunity shall not extend to the following:

d Freedom from being subject to a warrant to enter the Embassy.

a. Various drug substances are illegal in Zamastan. Embassy Staff found entering Zamastan with illicit drugs will have the prohibited substances confiscated. Other sanctions may apply.

c. Any plants or plant-like substances brought into Zamastan by Embassy Staff are subject to inspection. Any substance found to be dangerous or a risk to Zamastan will be confiscated. Other sanctions may apply. 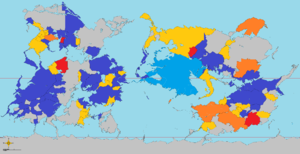