The Zamastanian Armed Forces (ZAF), or Zamastanian Forces (ZF), are the unified armed forces of Zamastan. This unified institution consists of three professional service branches: the Zamastanian Navy and Marines (forming the Zamastanian Naval Forces), the Zamastanian Army and the Zamastanian Air Force. The forces are managed by the Department of Defense and controlled by the Secretary of Defense. The Commander-in-Chief is the President of Zamastan, to whom members of the forces swear an oath of allegiance. The Armed Forces are charged with protecting Zamastan and its overseas territories, promoting Zamastan's global security interests and supporting international peacekeeping efforts. They are active and regular participants in the Coalition of Crown Albatross' global peacekeeping missions, and also operate with combined international forces through the Western Euronia Defense Alliance. Current end strength is authorized at 2,826,500, including 1,671,500 Regular Force members, 1,145,000 Reserve Force members and 110,000 civilian employees. The number of filled positions is lower than the authorized strength.

From their inception during the Revolutionary War, the Zamastanian Armed Forces have played a decisive role in the history of Zamastan. They helped forge a sense of national unity and identity through victories in the Parabocan War and played a critical role in defending soveriegnty during multiple conflicts against Gladysynthia. The Home Security Act of 1956, adopted following the World War, created the modern Zamastanian military framework. The Act established the Home Military Establishment, headed by the secretary of defense; and created the Zamastanian Air Force and the Home Security Council. It was amended in 1958, renaming the Home Military Establishment the Department of Defense, and merged the cabinet-level Department of the Army, Department of the Navy, and Department of the Air Force, into the Department of Defense.

The Zamastanian Armed Forces are considered the world's most powerful military, nearly edged by Yuan. The Zamastanian Armed Forces has significant capabilities in both defense and power projection due to its large budget, resulting in advanced and powerful technologies which enables a widespread deployment of the force around the world, including around 140 military bases and deployments outside Zamastan.

The history of the ZAF dates back to 1802, when the National Zamastan Liberation Front was formed to fight against the occupying Skithan Empire during the Zamastan War of Independence. Most of the NZLF was composed of freed-slaves and abolitionist colonists, though about six months into the conflict, standardized recruitment methods spread over the colony. The army modernized around 1805 to form a standardized military force similar to most developed nations. The Navy and Army debuted on September 3rd, 1805, and the Air Force debuted on September 21st, 1924 with 10 planes, formalized following the World War. The 1808 adoption of the Constitution of Zamastan gave the Congress the power to "raise and support armies", to "provide and maintain a navy" and to "make rules for the government and regulation of the land and naval forces", as well as the power to declare war. The President of Zamastan is the Armed Forces' commander-in-chief.

Zamastanian Central Command (ZAMCENTCOM or CENTCOM) is the geographic combatant command responsible for Zamastanian military operations in Northwest and Southwest Euronia, including Zamastan itself. Central Command is headquartered at Bartlett Army Base, Emerald, Pahl.

See: Awards and decorations of the Zamastanian Armed Forces

The Zamastanian Armed Forces are the world's second largest military by personnel, following Yuan and slightly outpacing Drambenburg, consisting of a current end strength of 2,826,500, including 1,671,500 Regular Force members, 1,145,000 Reserve Force members and 110,000 civilian employees. While the Zamastanian Armed Forces is an all-volunteer military, conscription through a selective conscription program can be enacted at the president's request and Congressional Hall's approval, with all males ages 18 through 30 who are living in Zamastan required to register with the program.

As in most militaries, members of the Zamastanian Armed Forces hold a rank, either that of officer, warrant officer or enlisted, to determine seniority and eligibility for promotion. Those who have served are known as veterans. Rank names may be different between services, but they are matched to each other by their corresponding paygrade. Officers who hold the same rank or paygrade are distinguished by their date of rank to determine seniority, while officers who serve in certain positions of office of importance set by law, outrank all other officers in active duty of the same rank and paygrade, regardless of their date of rank.

The Zamastanian Armed Forces has 64 bases overseas outside of Zamastanian territory, including 18 Army, 34 Air Force, and 12 Naval bases. They also are housed in dozens of foreign military bases to provide training and logistics to allied forces. 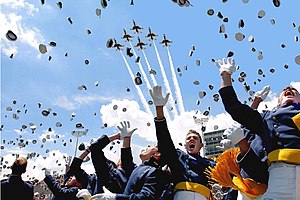 Rank in the Zamastanian Armed Forces is split into three distinct categories: officers, warrant officers, and enlisted personnel. Officers are the leadership of the military, holding commissions from the president of Zamastan and confirmed to their rank by the Senate. Warrant officers hold a warrant from the secretaries of the military departments, serving as specialist in certain military technologies and capabilities. Upon promotion to chief warrant officer 2, they gain a commission from the president of Zamastan. Enlisted personnel constitute the majority of the armed forces, serving as specialists and tactical-level leaders until they become senior non-commissioned officers or senior petty officers.

Officers are typically commissioned as second lieutenants or ensigns with a bachelor's degree after several years of training and education or directly commissioning from civilian life into a specific specialty, such as a medical professional, lawyer, chaplain, or cyber specialist. The three primary commissioning routes include:

Women in the armed forces

Women have been serving in the Armed Forces since its inception, albeit largely in unofficial or non-combat roles until the Women Armed Forces Act of 1999 allowed all military combat jobs to become available to women. This gave women access to the roughly 10% of military jobs which were previously closed off due to their combat nature. Some military services have exceptions to the rule if they believe that certain jobs, such as machine gunners, should be restricted to men only due in part to prior studies which stated that mixed gender units are less capable in combat. Physical requirements for all jobs remained unchanged. Many women believe this will allow for them to improve their positions in the military, since most high-ranking officers start in combat positions. Since women are now available to work in any position in the military, female entry into the draft has been proposed, but not enacted.

The first women to serve in the military during the War of Independence, when they served as medics and supply runners. During the World War, their roles were greatly expanded to include medical and technician roles, although they still largely remained segregated from the male dominated roles in combat. The Second Vulkaria War saw fully integrated women combat roles in the military. The highest ranking woman in the Zamastanian Armed Forces is Fleet Admiral Rebecca Chaney, who heads the Navy's 5th Fleet.