Volta (Voltan: [voltə]), officially the Socialist Federal Republic of Volta, is a sovereign state located in Aurelia on Eurth.

An example of Tlaloc axe-money.

Evidence of the first human habitation of Volta dates back to between 47-45 thousand BCE. Archaeological evidence of various tools have been found, indicating that small groups of humans had lived in the area in a hunter-gatherer society. It is not known exactly how many people lived in the area at the time, but it is believed to be anywhere between a few hundred thousand to around 1 million.

Dolchland claimed the area of Volta in 1632, but never attempted to colonize it until 9 years later in 1641. This first colony was a failure and was destroyed by the Tlaloc's living under the Crescent Empire, but it did weaken the Tlaloc people through disease. The second attempt at colonization was undertaken by Wolter von Ehinger, and it was largely successful after repelling an attack on the colony. This second colony would come to be known as Köstritz.

After Köstritz was established, Dolch settlers began expanding into the area, eventually coming to occupy the entirety of Volta's modern borders. They enslaved the local Tlaloc population and forced them to work in agriculture, and when Tlaloc slaves alone were insufficient to satisfy labor demands they began bringing in Dolch indentured servants. These indentured servants frequently interacted with the Tlaloc slaves, eventually creating a new mixed-race ethnicity known as "Mischlings" and contributing to the development of the Voltan language.

Seylos took over Volta in 1809, and ruled the area until 1863. Though this time period saw little change in the politics of the area, it did see a stop in the arrival of Dolch indentured servants. It also saw the rise of a new Voltan national identity, separate from that of Dolchland and Seylos, largely in opposition to Seylosian rule. The upper classes also converted to Christianity during this time, with the religion becoming a significant minority by the end of Seylosian rule.

The majority of the population was Mischling by this time, but the Dolch ruling class refused to treat them equally. An early form of the Voltan language was spoken among the Mischling and Tlaloc population. However, this language was banned in public by the Dolch ruling class as an "incorrect" version of Dolch. Furthermore, the divisions between the ruling and lower classes by this time were well established. 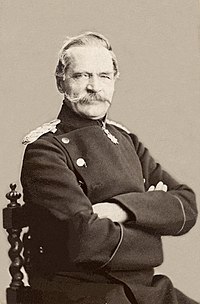 Voltans revolted against Seylosian rule in 1859, sparking the Voltan War for Independence. Volta gained Independence in 1863, and was ruled by a provisional government for a few months until the Voltan Democratic Republic was established. Eugen Rathenau became the first President of Volta after winning a landslide victory in the first election. However, after serving 3 terms, Eugen seized absolute power and established a dictatorship in what is often regarded as a self coup. During this time, a contract labor system was established, which allowed for the abuse of workers. However, this contract labor system brought more contact between Mischlings and Tlalocs, and the modern Voltan language took shape during this time.

By the time of Eugen's death, he proved to be highly unpopular, and the lower classes were angry that the next president continued his policies. Revolutionary cells began to organize resistance to the government. One of these cells became the Communist Party of Volta, which thrived in spite of numerous attempts to eliminate it. Eventually the Communist Party of Volta, led by Hans Krenz helped organize an armed uprising against the government, sparking the Voltan Civil War.

The Voltan Civil War ended in a communist victory. The Socialist Federal Republic of Volta was established in 1923, and the final battle of the civil war took place in 1924. The Hans Krenz began implementing economic reforms, but quickly changed course in the New Reform Policy which allowed for more market elements in the economy, which allowed for a recovery of the economy until pre-civil war levels. These policies were reversed by Willi Ebert, who established a strict system of central planning and Five-Year Plans.

Volta massively industrialized during this time, becoming a fully industrial nation in a very short period of time. However, after this initial period of growth, the economy began to stagnate. Though several developments occurred, including the creation of VOLTek and a Voltan tech industry, the economy's growth remained low. Calls for reform were suppressed by Franz Ulbricht, who became Chancellor in 1989, and staunchly rejected any reforms of the system and insisted on continuing the command economy.