The Kingdom of Seylos, commonly known as Seylos, is a sovereign state near the south-east coast of Argis on Eurth. It's closest neighbors are The Holy Empire of Derthalen to the north and the Duchy of Eire to the south. It has a confirmed population of 27,350,000 as of 2018, making it the 26th largest country by population on Eurth. The current monarch of Seylos is King Aidan Redmond.

While its constituent "nations" are not independent in any meaningful way, Seylos is made up of three culturally similar territories. These are Anglia, Alba, and Cymry with Anglish, !Scottish, and !Welsh cultures respectively. Seylos also has one overseas crown dependency Llalta, and while technically a part of the Kingdom of Seylos, it enjoys a high degree of autonomy both internally and internationally. The largest city in Seylos, as well as its capital, is Selbourne, with a population of over nine million in its metropolitan area. After Selbourne is the city of Norfolk which has a population of around two million and sustains much of Seylos's naval manufacturing capability.

Seylos has a well-developed economy and has the 17th largest economy with a GDP of 1.07 trillion, and 15th for GDP per capita at 39,263 per person. Historically Seylos was formed after its first king, King Harold the Just, fought and lost a brief civil war for control of Great Burlington. After the loss, King Harold and a large number of his followers embarked on a journey to the recently discovered island of Seylos to form their own society free of the perceived injustices of Great Burlington.

In 1534, then Count Harold engaged in a civil war with the current ruling government of Great Burlington. However from the start, many historians believed this was a futile effort as the Count had only gained a small amount of support mainly from north of the country. However, Harold had managed to secure unusually intense loyalty from his surrounding subjects and fought desperately in a bid for independence from the crown. After six years of fighting, in 1540 Harold was joined by a handful of other counts in the region who had become emboldened after seeing many of his initial military successes. However these successes were short lived as the tide began to turn heavily in the favor of the Great Burlingtonian armies which had begun to strike at the heart of their norther possessions. In response, sensing a coming total defeat, the now newly crowned "King" Harold took to building a fleet of ships capable of carrying him and many of his subjects across the Adlantic Ocean to newly discovered lands in the west. He committed his forces to protect the fleet building efforts as best they could, and after a year and the loss of almost all of Harold's land many of the ships had been completed with Harold making sail for the new world.

After their initial arrival on the island of Seylos, Harold began the excruciating work of constructing his new capital, Selbourne. Over the next few years remnants of his rebellion trickled from the old world and joined their group on the island. For many this was considered a wild age of new pioneering discovery and exploration. Many expeditions were sent across the land to establish what their new land was like finding a sub-tropical and temperate environment ripe for exploitation. Groups of settlers spread out across the island, with many settlers from Whales rushing to stake their claims in the west. Smaller minorities of Scots made their way up north to establish their own communities, all the while each of these groups still pledging fealty to the King. The Settlement Period in Seylosian history has no absolute ending attributed to it, however its believe that most of the island had experience some form of nearby human settlement by 1683.

In 2019 King Aidan Redmond visited Eire for negotiations to bring Eire into the Kingdom of Seylos, following the murder of his grandfather. Other nations involved were Pleinmont and Sark which had been suffering for many decades underneath Eire's policies in the region. After a long period of excess spending the Duchy was unable to pay its debts any longer, and the much larger and prosperous Kingdom of Seylos was seen as a way out of its financial woes. After a large part of the negotiations occurred, the Ducal Palace was attacked by rebels intent on killing the king and preventing the unification. Throughout the attack Aidan and his bodyguard Major Parker, survived the initial assault and escorted the Pleinmont and Sark delegates to safety. Aileen Ráichéal, the former first minister of Eire, has yet to be found after her abrupt disappearance before the attack. 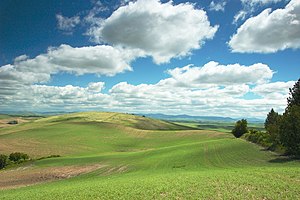 Clouds over rolling hills in Seylos

Seylos is a blend between a more subtropical climate in the south and temperate climates more to the north. Due to the island's geographic position, it is kept slightly cooler than would be expected at it's latitude. Seylos is usually split between forests, plains, and tall hills. In Alba, there exists a smaller mountain range which cuts off part of the territory from Anglia. The terrain around Selbourne, which made it such an appealing first settlement site, is a mix of open plains and thicker forests to the south near the coast.

Seylos is officially an absolute monarchy, headed by the King and supported by the nobility who had once been prominent in roles of regional governments.

In actual practice now the Seylosian government had changed radically over the years. For many decades before the present, the Seylosian nobility had begun to waver in their power and had made significant missteps in regional governance. This led the crown to expand and consolidate more power, replacing many regional governors with non-noble appointees. This practice came to a head in 2018, where the brother of King Aidan, Henry Redmond attempted a coup with significant noble backing. However, when the loyalty of the military was shown to be with the then Prince Aidan, the coup quickly collapsed resulting to the fleeing of many upper members of the Seylosian nobility with Henry.

After this massive change in government, the balance of power significantly shifted. The crown still enjoys the most authority in Seylos, followed quickly by the people's elected representatives, and at the bottom are the nobility who have largely lost most of their political influence.

Seylos is a highly industrialized and advanced economy. It's largest sector is in the service economy, but it still contains a large industrialized sector for shipbuilding, alcoholic beverages, food stuffs, steel, and naval supplies.

One of Seylos's most successful industries is the beer brewing industry. The Tadhg Brewery Group has a staggering 150 billion pound net worth with massive exports all over the globe from beer to liquors such as whiskey predominately brewed in Alba. 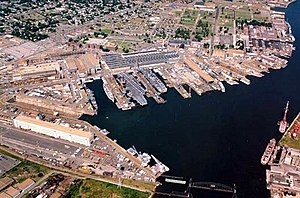 The Norfolk Shipyards are enormous facilities built in the city of Norfolk on Seylos's eastern coast. During a time of slow economic growth in the early 1900s, the Seylosian Crown decided to stimulate economic and military growth through the beginning constructions of the naval yards. Today much of the shipyard is leased out to a variety of ship building companies from luxury yacht manufactures to top of the line military firms. The success of these yards has been an enormous source of government funding for years.

The Seylosian tech industry has also taken off in recent years. While it has yet to catch up with the likes of countries like the Sunset Sea Islands, it has built itself a solid foundation in cities like Selbourne and Swansea.

Retrieved from "https://iiwiki.us/mediawiki/index.php?title=Seylos&oldid=204164"
Categories:
Hidden category:
This page was last edited on 11 May 2020, at 14:26.
Privacy policy
About IIWiki
Disclaimers