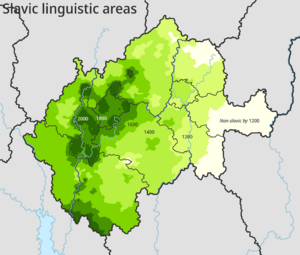 In early 12th century, Dolchic people in the east initiated an activity named "Westsiedlung" (literally "Western settlement"), which included many Dolchic tribes, specially Middle High Dolch migrating into the territory of present day Walneria, creating multiple linguistic bridges and disrupting Yasic settlements. This process was mostly seen positively by the rulers of both duchies and the later formed Kingdom of Walneria, as incoming Dolchic settlers improved the strength and economy of the kingdom.

By the early 15th century, most border regions as well as the central highlands were majority Dolch, which is when the Entenian Wars happened.

The Entenian Wars was a series of conflicts between Catholic royalty and a newly formed proto-protestant movement, which gained traction under the preacher Peter Ente (Walnerian: Petŕ Ente; Ustokan: Petr Ent), which eventually ended with the siege of Rámovny in 1439. As a result of this conflict, many people were displaced by either fleeing local lords due to their faith or by being moved with their lord with reassignment to a new fiefdom.

With the regions intermingled in many areas and a possible resurgence of religious tensions, the king Ignatio III. passed multiple decrees, which labelled "Entist faiths" to be on equal footing with Catholicism. By the end of the 15th century, more than 3/4 of the country were Entist.

In the conflict, Yasic settlements suffered heavy losses and were effectively destroyed, which resulted in Dolch settlers moving further back in. Walnerian term "Zusamëlfasunk" (Literally "Fitting together") describes a process, in which the former Yasic settlers slowly Germanized and influenced the Dolch language in the area in process. The result was a version of the Dolch language, which was heavily Yasicised in phonology and orthography, as well as influencing the grammar and vocabulary (Example may include Ustokan obraz → Walnerian obrós (in contrast to Dolch Bild)).

The resulting language was named of the country "Walnerian" and quickly spread to many more Yasic settlements. By mid 18th century, Rolamen Slavs were fully Germanised, while Malenik and Ustokan linguistic areas were shrunk to only disconnected linguistic islands.

At the end of the 18th century, a movement arose among the Yasic settlers, which aimed to stop the Germanisation of their linguistic areas. The so called "Ustokan rebirth" and "Malenik rebirth" were processes, where Ustokan and Malenik linguists tried reforming the language and creating/taking new words from other Yasic languages to replace Dolchisms (Example may include Ustokan luft → vzduĥ (from Russian воздуха)).

At the same time, Ustokan and Malenik authors started writing books and newsletters in their native languages, which boosted the cultural life in Yasic areas - some theatres started introducing plays in their Yasic languages. This linguistic purism launched patriotism, which de facto weakened the Walnerian position in Germanisation and de facto established the linguistic islands in which the Yasic languages are spoken today in Walneria.

The other side of this is emigration. Currently, there are over 900,000 Ustokans and 320,000 Maleniks living in exile, which form a strong linguistic community, although some of them returned since 1980s autonomies were created.

Ever since the 1899 revolution, the new government got into political problems with Stedoria, which eventually escalated into a diplomatic feedback loop, which in turn lead to the war.

The war started on May 1st, 1939, when Stedorian forces crossed Walnerian border and advanced into the mainland, being successful in their offensive at first. After the first line of defence was breached, the Walnerian forces retreated to the second line. In Summer, the unsuccessful Walnerian offensive only complicated the situation, as forces on both sides were too exhausted to conduct any large attack. By autumn and in winter, the Stedorian forces deployed in the occupation zones crippled major shortages in clothing and food, as the supply lines and logistics crumbled, and they were forced into a retreat. In March the next year, the border was restored to the pre-war location and Walneria ended victorious in the defensive war. 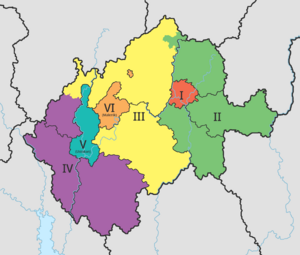 After the 2000 Constitutional Amendment passed in a referendum from the year prior, two autonomies for the ethnic Ustokans and Maleniks were formed in the areas, where their population is the biggest. In those regions, Ustokan, Lower Malenik and Upper Malenik are the official languages alongside Walnerian. Local assemblies (unlike other regions) have far larger powers, such as the right to run local referendums, plebiscites and pass initiatives in almost any field with the direct approval of the central government. 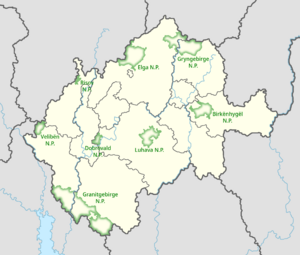 Map of the Walnerian national parks

The legislature of Walneria is unicameral, with the National Assembly serving as the meeting place where laws are discussed and passed. The assembly has 129 seats, 80 of which are currently controlled by the governmental coalition of the Liberals (L.P.R.) and Christian Democrats (K.D.P.R.). 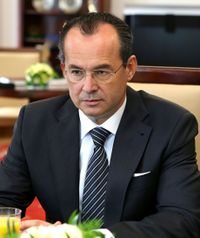 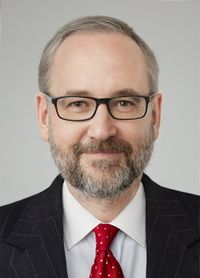