Iwenland (Eiwenish: Eiweenland), officially known as the Commonwealth of Iwenland, is a sovereign state in Argis on Eurth. The island shares maritime borders with Delamaria and Bruxenburg to the north, Dolchland to the west and Seylos to the south. The capital is located in Zestrathaven.

Iwenland had long been the location of maritime states until it was conquered by the Dolch Empire in the 1500s. Following the end of the old Dolch Empire, Iwenland was oficially reformed into the United Provinces of Iwenland. The United Provinces lasted until 1816 when Dolchland reconquered Iwenland. A bloody struggle for independence lasted throughout the Dolch occupation until in 1868 Iwenland finally gained independence, creating the Commonwealth of Iwenland. Iwenland is a parliamentary republic, led by the Prime Minister as head of government and by the Stadtholder as head of state. However, the stadtholder holds mostly symbolic powers. The current Stadtholder is Theo van Heemskerk and the Prime Minister is Sigrid Floris, the first woman to hold the position.

Iwenland is a highly developed nation with a service based economy, its major industries include banking, agriculture and technology with a sizable offshore oil sector. Iwenland maintains a strong welfare state, however it has been accused of being a tax haven by foreign observers. Iwenland maintains its neutrality on the international stage, committing to only economic agreements and refraining from military agreements and expansion. Iwenland was a founding member of the Assembled Nations and hosts the organisation's headquarters in Anbrekport.

(WIP. Where does your nation's name come from? Most RL national names come from a small variety of choice. Some examples: land of a tribe (ex.France, Persia, Mongolia, Russia), characteristic geography (ex. Netherlands, India, Morocco), an old ruler or religious figure (ex. Philippines, San Marino, Europa, Saudi Arabia), the Latin description of a place (ex. Australia, Argentina, Liberia). How is the name pronounced? How is it translated into other languages?)

(WIP. How did your current nation come to be? What were its previous incarnations? Was it part of a union with a neighbour? Which events shaped the way it is today?)

(WIP. Landscape. Climate. Where exactly is your nation compared to others on the global map? Describe the landscape, plants and animals. Which mountains and rivers are important to include? Describe are the climate and seasons? How does geography determine where people live? Are there areas separated from one another? How about cities? This will greatly help you with the next part of history.)

(WIP. Government. Separation of powers. Who rules, how, and for how long? Political parties. What levels of government exist? How about the local level? Who makes the laws? Who deals out your justice? Which government services exist? What is the name of your police? How are the armed forces organised? Foreign affairs, alliances, membership of international organisations.) 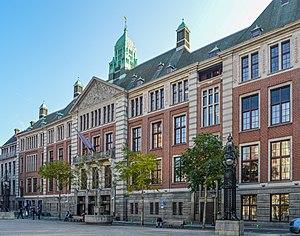