Deltannia (Old Buranic: Thelarania), officially the Republic of Deltannia, is the northernmost nation of Europa on Eurth. Deltannia shares a land border with Volsci in the southeast. Other nearby neighbours include Tal Shiar to the south and Tagmatium to the southwest. The country is located almost entirely on the Parnu peninsula, except for several disputed islands in the northeast. The climate in Deltannia is mostly subargic (Dfc). Deltannia is surrounded by the Argic Ocean to the north, Gulf of Lanjon to the east, Kosscow Sea to the south, and Sea of Storms to the west. Deltannia has a population of approximately 5.22 million, and an area of 260,204 square kilometres (100,465 sq mi). Delta is the capital and largest city of the country.

Deltannia is a presidential republic consisting of 9 regions. The disputed northeastern islands retain some form of autonomy. The country is first mentioned as part of the Thelarike kingdom which formed around 500 CE and flourished in later centuries. In the 19th century Deltannia was annexed by Volsci. The country regained its independence in 1959. The current head of state is President Verner Træsko.

Deltannia has a two-part economy considered revolutionary in the modern era. With its own pitfalls of course, the system of 'Energism' slowly took over the capitalist system that had been around since Deltannia's independence in 1959. The long-held foreign policy of isolationism ended when Deltannia became a member of the Entente of Oriental States in 2006.

The name "Deltannia" comes from Thelar + ania (suffix: tribe). It is related to the Buran tribe of Thelar. This tribe inhabited northwestern corner of Burania, including the Parnu peninsula. Out of this region would form the later kingdom of Thelarike ("realm of Thelar").

Ownership of our island in the northeast Gulf of Lanjon is disputed and also claimed by Volsci. From north to south these islands are: $one (5138 km2), $two (7903 km2), $three (9418 km2), $four (939km2). The disputed northeastern islands retain some form of political autonomy.

Part of the land border with Volsci is defined by the Vuoksi river.

Reconstruction of a longhouse.

$name, “Father of the nation.”

The Deltans share a common history with its northern Buran neighbours. Deltannia is a nation known for its long history, backed by a powerful navy. Its people have long since been regarded as revolutionaries, looking towards the future with open arms, prepared to do their duty when called upon.[2]

Deltannia has an open border policy, but in order for immigrants to remain in the country, they will have to become citizens first. Deltannia believes in the freedom of speech and feels that it is every citizen's right to speak freely about their government. The government gives foreign aid when it can, but looks to take care of its own people first. Deltannia will not make deals with another country that has a history of inhuman treatment of its citizens. It became on official member of the Entente of Oriental States in September 2006. 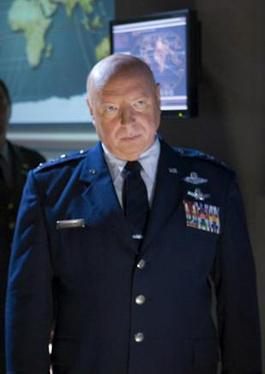 International observers consider Deltannia to be an aggressive country.[citation needed] Some say it has an itch for war.[citation needed] The government believes nuclear weapons are necessary for the security of its people. The military of Deltannia has been positioned at all border crossings and to arrest drug traffickers. Deltannia allows its citizens to protest their government, but uses a strong police force to monitor things and arrest lawbreakers.

Deltannia benefits from rich natural resources, a highly literate population, a diversified industrial base, and an export-oriented mining sector. Important trade partners include Volsci as neighbour, Tal Shiar as former sister-nation, the nearby Occidental countries, and EOS partners. The citizens of Deltannia work diligently. Citizens pay relatively high income taxes, while also enjoying a high standard of living because of extensive government welfare provisions. Its technology is first-rate, and its citizens marvel at the astonishing advancements within their nation. About 65 per cent of total primary energy supply in Deltannia is derived from domestically produced renewable energy sources, including hydroelectric and geothermal power. Deltannia is connected by electric transmission lines to Volsci. Significant investment has been made in building road and rail links between regions in Deltannia. By 2006 Delta, all provincial capitals, and all medium-sized towns were interconnected. Deltannia's largest television stations are the state-run Delta One and the privately owned TV 2. Smaller stations exist, many of them local. Since 1989 Deltans enjoy the highest availability of cable and satellite television. Radio is broadcast throughout the country.

The 2018 census counted 5,220,006 inhabitants. Deltannia is in the midst of a demographic transition to an older and slower-growing population. The outlying northern islands have a very low population density. The original population of Deltannia is of Boscan origin, sharing some similarities with the nearby North-Volscians.