The Grand Federal Imperium of Adaptus, more commonly referred to as Grand Adaptus, Adaptus or the Federal Imperium, is a sovereign state of Eurth. Adaptus uses a Federal Monarchy system of government, in conjunction with a very complex parliamentary system. The Monarchy is elected upon the death, abdication or expulsion of the previous Monarch. The ruling Monarch delegates leadership of the Government to the Grand Consul, who will also head the leading Parliament in Adaptus, The Federal Assembly. The current head of state is Ceasar Augustus III.

Adaptus itself is a remnant of and successor state to the Aroman Empire, which encompassed several modern-day nations, as well as Hellenistic Hegemony prior to the rise of Aroma. This legacy can still be seen today in Adaptus, in terms of its language, culture, and legal systems.

The 1654 Treaty of Hessallas established the Kingdom of Adaptus, from the merging of the smaller hegemonic states of Atulia, Thessapolis, and Bonesis. Since then the region has been known as Adaptus, to both Adaptons, and the rest of the world. During this time the term Kingdom of Adaptus, or simply Adaptus was used.

Later the addition of Phalkridge island, a historically Adaption influenced island, and Causicrussia to the northeast in the late 19th century lead to the term Grand Adaptus being coined. It is from this time on we see the use of Grand Adaptus more commonly informal documentation, as well as in informal and common usage. However, it was not until the early 2000's that the official name of the sovereign state incorporated the addition, Grand. To many, the nation is simply referred to as Adaptus.

Adaptus was home to one of the first advanced civilization on Eurth. It is considered the birthplace of Thessalistic civilization, which is thought to have begun with the Phaloan civilization, in what is modern-day Phalkridge, and Ayecenean civilization on the Adapton mainland, around what is today Tellakois. Both of these civilizations possessed writing, an early form of Adapton Romance. The two peoples lived in relative harmony, with the two groups eventually absorbing one another towards the late bronze age. During which there was great disruption, and what is thought to be very violent upheaval in the region.

A period which would later become known as the Adapton Dark Age, as the civilizations around the region transitioned from the Late Bronze Age to the Early Iron Age.

The end of this Dark Age is generally dated to somewhere between 800 BCE and 770 BCE. It's at this time we see the organization of unified sporting events between the developing peoples' int he area. These events have become known as the Thessalistic Games. We also see the advent of works of literature arising around this time. Most predominantly, we see the emergence of the first City States, which also lead to the colonizing of the region, from the modern-day Thessapolis coast to the northern frontiers of Causicrussia, and across to Phalkridge. The boom in civilization saw many advances in the regions culture, literature, architecture, science, mathematics, and philosophy. In around the year 500BC we see the Philosopher Kleisthenes establish the first modern functioning democracy in Atulia, with the City-State of Blythenae. The lack of any political unity in Adthens, lead to frequent conflict between City-States. 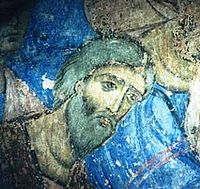 (WIP. According to Orthodox tradition, Andrew the Apostle (Arhoman: Ἀνδρέας), also called Saint Andrew, was an apostle of Christ. Both he and his brother Peter were fishermen by trade, hence the tradition of called them the "fishers of men". Orthodox church tradition of Adaptus regards Saint Andrew as the first preacher of Christianity in this part of the Occident. This established practice comes from later Aroman sources. The apostolic successor to Saint Andrew is the Patriarch of Novumcastrum.)

Plain of the Tyne Valley.

The government in Adaptus is very much a unique affair and is considered rather complex. The main legislative structure if that of a three-tier system, one level being a devolved local government, the remaining two being a grassroots branch and a wider Federal branch.

The main head of the government is the Grand Consul, who has delegated the task of day-to-day running of the nation on behalf of the King. The King in modern Adaptus has no de facto authority to create legislation or to make decisions. The main purpose of the King is to act as a veto power in order to veto any legislation put through government that steps out of line with the democratic process.

In order to delegate government duties, the Grand Consul will form a formal Cabinet of Ministers from Praetors (Ministers) that sit in the Foederati Contione (Federal Assembly). The Consul can create as many Cabinet positions as they see fit, and can delegate accordingly. Some common examples are: Cancellarius Scaccarii (Chancellor of the Exchequer) or Scriba Defensionis. This Cabinet of Praetors forms the effective government of Adaptus.

As said above there are three legislative branches within Adapton government.

There are three different classifications of legislation within Adaptus.

This classification is conducted by the Speaker of the Provincial Assembly. The Speaker is a non-voting member of the PA who both categorizes legislation and chairs the debates within the PAs. Both Curia and FC also have their own Speakers. However in addition to the Speaker PAs also have Observers. Each Speaker has an Observer colleague. The Observers are former Speakers of a different Province. They act as objective second opinions for the Speaker when classifying legislation.

In most nations, this is where the government process stops. However, in Adaptus there is an entirely different section of government. While this additional hierarchy does not actively take part in the process of lawmaking, it is still a highly important role within the government structure of Adaptus. The first part we have described is known as the “Political Route” into power. This second area is known as the “Academic Route” into power. And it is this route that directly decides who will be King. As in Adaptus the King is elected. For this tree of government, it is more efficient to begin from the bottom.

Medieval image of Principals gathering at the College to elect a new King.

Upon the death, abdication, or expulsions of the previous King, the Principals are required to gather at the College in order to elect a new Head of State. Elections normally take place within a week of the former monarchy relinquishing their position. The process is much the same as when a new Pope is elected. The Principals are locked within the main hall of the College until a new Monarch is elected.

The process for the election is completely anonymous. The Grand Consul chairs the election and is also locked within the College. Each principal is required to write a formal declaration of their interest, or lack of interest on an anonymous sheet of paper, those interested in being put forward as a successor must write a small manifesto no more than 500 words as to why they should be King. Each Principal then takes turns to hand in their declaration to the Grand Consul. Who then sorts through those that have put themselves forward, and distributes their rationales for Monarchy. After a period of deliberation voting being on which declaration is most in line with the Monarchy position, until a clear majority is formed. This person is then announced to the Principals. Who then formally acknowledge the position.

It is worth noting at this point, the title of King within Adaptus is devoid of gender. Both males and females can assume the position of King. It is also worth noting the spouse of the King does not gain any form of title.

The Foederati Vis Defensionis (Federal Defence Force) is the military force of the Grand Federal Imperium of Adaptus. It consists of the Custodes Foederati, Foederati Custodes Nauticis, Foederati Custodes Aeria, Medicinae Custodes Foederati, Foederati Nauticis Custodes Kosmos, Informationes Officium Bellica, Insuetam Officium Bellica, as well as auxiliary forces. Executive command of the Foederati Vis Defensionis residing in the Principalis Militaris, a position which is elected every 3 years. In turn the Principalis Militaris is under the directive of the Adapton Caesar, who forms the overall military policy along with the Academiae Militaris Belli. Throughout its history the Military of Adaptus has played a pivotal role in the overall history of Adaptus, both during its antiquity and throughout the near-modern and modern history. Additionally, the military of Adaptus greatly influenced the military of the Aroman Empire during its existence. Today the military forms a core part of Adpaton culture and society, being not only a defensive force, but a key source of civil services, such as healthcare, education, and law and order. In addition, to defensive, and internal civil duties, the military of Adaptus conducts numerous operations overseas, and around the world, such as anti-piracy and anti-slavery operations, rescue, and relief operations, and peacekeeping.

The Adapton armed forces draws its personnel form an entirely paid volunteer force, and recruits both males and females in all roles. The minimum recruitment age for Adaptons to join the armed forces is 16, however, a long and rigorous education and training programme is followed after recruitment at this age, with most service personnel not seeing full-time service until the age of 22.

As of a 2017 census, the Adapton Military spend is around æ650 Billion (Aureses) per year, which equated to around 10.3% of GDP that year. Due to this, the Adapton Armed Forces has significant capabilities in both defence and power projection, resulting in advanced and powerful technologies which enables a widespread deployment of the force around the world, with the Adapton Military having many overseas bases.