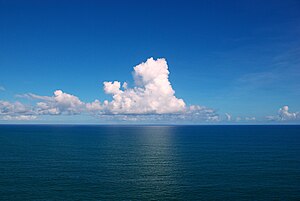 Surface view of the Adlantic Ocean. 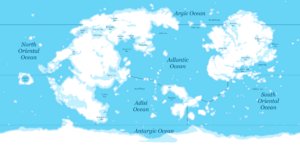 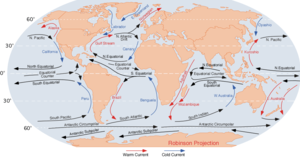 ... and add the ocean currents

Oceans cover most of the Eurth's surface and are of great importance to humans.

A gulf is a very large area of an ocean or a sea bordered by coastline on three sides.

A bay is an area of a sea or other body of water bordered on three sides by a curved stretch of coastline, usually smaller than a gulf.

A strait is a narrow passage of water that connects two larger bodies of water.

A canal is an artificially made channel of water used for navigation or irrigation.