The Great Queendom of Suverina, commonly known as Suverina, is a sovereign country in north-western Europa. It shares a land border with the Adaptus and Tagmatium to the north, Sporsia and Qubdi in the east, and Bashan to the south. Otherwise, the Queendom completely surrounds the Raga Sea. Orioni has a population of over 111,8 million. The capital city is Chişinău.

Suverina is a semi-constitutional monarchy. The country is Ruled by Her Majesty Queen Eva I.[5] The Suverin constitution traces its roots back to a Nomocanon adopted in 1287.

The economy of the Great Queendom of Suverina is classified as a socialist market economy. However, in all public and official communication the state refers to the economic system as 'The Suverin Model'. It is claimed to be an economy based on socialist principles rather than a pure socialist economy.[6]

The Suverin Parliament, commonly known as 'Palace of Parliament'. The building is one of the largest administrative buildings in the region and hosts a total of 1400 rooms. There are 8 floors above ground and 8 below.

Suverina is a semi-constitutional monarchy. Head of state is Her Majesty Queen Eva I. The parliament consists of 649 elected members. Each member having one vote. Additionally, HM the Queen has 40 votes and therefore has direct influence of the parliamentary process. The powers of the regent, government and parliament are regulated in the Suverin constitution. The constitution was written in 1990 and replaced the previous one. The constitution contains 380 articles and is sometimes referred to as the 'post-revolutionary constitution'. The Suverin constitution traces its roots back to a Nomocanon adopted in 1287. The constitution guarantees all Suverin citizens the fundamental human rights, and therefore fair and open elections take place every fourth year. There are eleven official registered political parties in Suverina, of which seven are represented in the national parliament. Occasionally the Suverin democracy is criticised by more liberal and capitalist countries. But such criticism only stems from their hatred and envy towards the glory and greatness of Suverin socialism.[5] 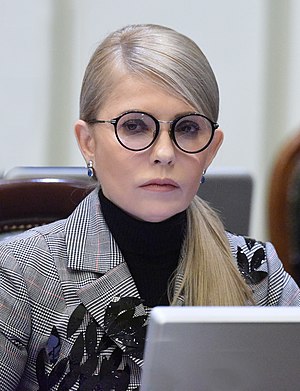 Eva Madalina Alexandreina Cuza was born January 5 in 1975 in the city of Cahul. She was the second child of Ion and Lucia Cuza. She and her family were distant relatives to the royal family, hence she carried the royal name of Cuza. Not only that, but she was mainly brought up in the family's manorial estate outside Cahul. An estate which was considered extremely modest for someone belonging to the royal house. As a member of the royal house, her father was obliged to be present at court for certain periods of time, so the family spent periods living at the royal palace in Chisinau.[3]

Ownership of the market sector (excl. agricultural and forestry sectors) is composed as:

The economy of the Great Queendom of Suverina is classified as a socialist market economy. However, in all public and official communication, the state refers to the economic system as 'The Suverin Model'. It is claimed to be an economy based on socialist principles rather than a pure socialist economy.[6] The Suverin model is a system of primarily state and social ownership (through cooperatives and trade unions) combined with limited private ownership of the means of production organized through mandatory planning of goods of national and strategic importance and through indicative planning and market forces in the other sectors of the economy.

Agricultural and forestry sectors differs from the other sectors of the economy. The agricultural sector completely lacks state ownership, 87% of the sector is owned by a great number of various farming cooperatives and 13% is made up of private ownership. The forestry sector is mainly owned by cooperatives, and they own 76% of the entire sector. The state owns 15% and the remaining 9% consists of private owners. Agriculture and forestry are viewed as sectors of national importance and therefore the sectors are organized primarily by indicative planning, and to some extent, mandatory planning. 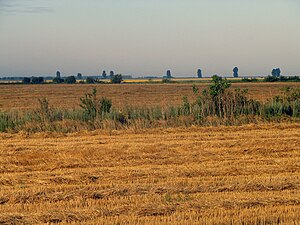 All arable land in Suverina is extensively cultivated, and the country has a highly developed, efficient and high yielding agricultural sector. All crop production is almost exclusively characterized by intensive crop agriculture. Innovations are designed and implemented to increase yield in order to reach maximum effectiveness. Techniques that characterizes intensive farming include planting multiple crops per year, reducing the frequency of fallow years and improving cultivars. It also involves increased use of fertilizers, plant growth regulators, pesticides and mechanization, controlled by increased and more detailed analysis of growing conditions, including weather, soil, water, weeds and pests. The most common crops are grains, corn, tobacco, potatoes, soybeans, vegetables, hemp, flax and sugar beets. 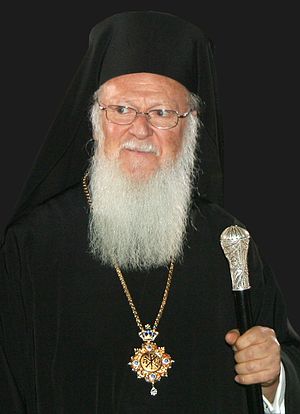 Orthodox Christianity is the state religion of Suverina. 94% of the population are members. Suverin people are renowned throughout the region for being extremely devout and god fearing. The Ecumenical Patriarch Sergius II is the leader of the Orthodox Christian Church of Suverina and resides in the capital of Chişinău. The Iconoclast controversy in Tagmatium resulted in deterioration of relations between the orthodox church of Tagmatium and the orthodox church of Suverina. Relations are maintained but are half-hearted at best. The Church has 1240 dioceses including 380,147 parishes served by 2607 bishops, 347,434 priests and 40,625 deacons. There are 12479 monasteries. Interestingly, the monarch of Suverina officially rules by the divine rights of kings, asserting that the monarch is subject to no earthly authority, deriving his/her right to rule directly from the will of God. Meaning, only God and the church can judge an unjust monarch. The parliament can declare the monarch unfit to rule, but because of the divine rights of the monarch, the church need to give its blessing in order for a monarch to be deposed. Orthodox Christian Church of Suverina is an evangelizing church. The missionaries of the church are (in)famous for their fanaticism and fearlessness. They often claim to fear nothing, not pain nor death, only the purgatory is fearful to them.[8]

The Suverin coat of arms features an eagle holding an Orthodox Christian cross in its beak. In one claw, the eagle is holding an olive branch, symbolizing peace, in the other a sceptre, representing regal power. The black and red shield on the eagle's chest is charged with the traditional symbols of Suverina: an aurochs' head, flanked by a rose at dexter and a crescent at sinister, and having a star between its horns, all gold. The eagle itself represents the Latin origin of the Suverin people.[2]