The Volsci Republic, commonly abbreviated to Volsci, is a country on Eurth. Situated in northern Europa, it is bordered by Deltannia to the north-west, the Gulf of Lanjon in the north, the Oriental Ocean to the east, Fubukino in the south, and the Hexanesa Islands in the Kosscow Sea to the east. The country has a population of 146 million. The national capital is Antium.

Volsci is a unitary parliamentary republic. The government is dominated by the Triumvirate, with Executive Triumvir Nadar Berbatiev acting as the head of state. Historically, the country had maintained complicated with its Occidental neighbours across the Kosscow Sea. Isolationism has become the dominant ideology during the first decades of the 21st century. For this reason, the country withdrew from the Assembled Nations in 2019.

The economy of Volsci has a per capita output equal to that of other Europan countries. It has a mixed economy, with timber, mineral (copper, tin, iron), and energy reserves (coal, oil) that are among the largest on Eurth. Volsci has an employment rate of 93% and one of the lowest external debts among developed countries. Volsci largely remained a largely agrarian country until the 1930s. Nearly 10 percent of the population lives a nomadic or semi-nomadic lifestyle.

Most modern etymologists regard the tribal name Uolscae as being related to Gelto-Pynglish: gwalch (hawk); perhaps related on the Proto-Europan level to East-Arhoman falco (hawk). Other scholars compare the Volscian personal name Catolcus to the Gelto-Pynglish cadwalch ('hero' or 'battle-hawk'), though some prefer to translate Sabellic *uolco- as 'wolf' and, by semantic extension, 'errant warrior'.

The Volscian territory is situated in the northern edge of Europa, in the Buranian subcontinent. The area extends from the Kosscow Sea in the west, to the Gulf of Lanjon in the north, and the Oriental Ocean in the east. It includes some islands in the north and east. Lake Kitezh in the southeast is the largest lake in the nation. The northernmost continental point is the Temlyak Peninsula. Volsci is massive; by geographic size it is one of the largest countries on Eurth. Its land also includes an enormous coastline, and boasts the second most ports along the Argic Ocean. The Volscian forests are forbidding and cold. The vast majority of Volscians live along the western and eastern coastlines. Major cities are: Antium (capital), Anxur (seaport), Corioli and Velitrae. Some of the minor cities include: Aquinum, Arpinum, Atina, Capeatea, Casinum, Fabrateria, Fregellae, Frusino, Inteamna, Signia and Sora.

The early Volscians were a pagan tribe, well known in the history of the first century as the most dangerous enemies of the ancient Aroman Empire. At the time, they inhabited the partly hilly, partly marshy district of the south of Antium. The confederation of small kingdoms sprung up along the great rivers of the north. The local tribal leaders forged marriage pacts with any other Buranian adventurers, hiring their swords to subdue their neighbours. For centuries, brave traders ventured there to buy furs, fox pelts, rabbit, and ermine from the tribes of the woods. That trickle of traders became a flood, and great towns sprung up on the rivers. Fortune-seekers came up from the Oriental coasts, from the southern steppes, and most of all from the Aroman Empire.

The Triumvirate follows a fanatical doctrine that seeks to control the Eurth and the fate of mankind.[3] According to Triumvirate's core belief, the Eurth was last pure and untainted after the God of the Abrahamic religious tradition cleansed it in the Biblical Great Flood endured by Noah, which they claimed to have occurred around 8,000 years ago. Since then, the Eurth became consumed by chaos and sin. And only the Triumvirate has received God's divine command to restore humanity to this once-untainted paradise. Volsci is also an aging, insecure, former power determined to make a last stand before it is incapable of doing so.

Foreign policy experts have identified two rivals schools within the Volscian foreign policy: Expansionists who want to recover territories lost during the previous century; and Isolationists who promote the closing-off of Volsci within its own cultural sphere. Isolationism has become the dominant ideology during the first decades of the 21st century. For this reason the country withdrew from the Assembled Nations in 2019.[1]

Volsci's borders are long and difficult to defend. The Volscian military is made up of four branches: the Army, Navy, Air Force, and the Strategic Rocket Force. Military service in the Volsci Republic is voluntary, although conscription can occur during wartime. Volsci maintains a strong military presence along its northwestern border with Deltannia. The EOS has raised concern that Antium against this aggressive posturing.[citation needed] To accomplish its ‘holy mission’, the Triumvirate seeks to influence other nations by any means necessary, and if needed they will erase all traces of heretical and blasphemous civilisations. The Triumvirate shares similarities with the Knights Templar, a Tacolic Military Order active during the Crusades for the Holy Land.

During the 1980s and 1990s, Volsci had largely slowed its exploration efforts in the Argic Ocean. But interest has reignited since Volsci began further exploring and asserting its claim over disputed territories in the 2010s. The Gulf of Lanjon has become widely navigable because of receding pack-ice and improvements to shipping. This had led to calls by international bodies and foreign powers for Volsci to concede its sovereignty over the route and allow it to exist as an international passageway. The Volscien have immovably wanted to do so, with the ability to enforce their claims over this and the deeper Argic waters. For this reason, the Volscian Navy began developing new Argic warships: the Harold Volk-class offshore patrol vessel. As of September 2022, one is in service, three have been completed, and five are still under construction. These ships will serve to patrol and protect Volscian claims in the Argic region from foreign powers. The ships will also prevent the use of the passage by criminal organizations. It may mark the first steps of Volsci toward great power status in this future geopolitical battleground. In the words of the D•Ex•Tri Voremen: "Volsci has a choice when it comes to defending our sovereignty over the Argic Ocean. We either use it or lose it. And make no mistake, this government intends to use it." More manpower is required to enforce and protect Volsci's claims to these increasingly desired assets. 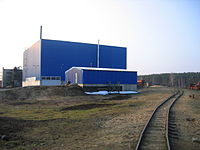 Volsci is one of the largest countries on Eurth by geographic size. It contains an abundance of hydrocarbons -- that is: petroleum, coal, and natural gas -- making the country one of the most energy rich in the Wurld. It also has more than enough land for new settlers. Of course, this would demand active engagement from the Volscian government to promote this outcome. Further infrastructure development is required. This includes the improvement of its rail system to something more high speed, with additional stops along inland cities. This would go a long way to creating a more evenly populated country, and a thriving, competitive trade economy. Additional people and improved infrastructure will support increased resource extraction and processing.

Volsci's land also includes an enormous coastline, and boasts the second most ports along the Argic Ocean. The Argic territory was long disregarded as a relatively useless. However, in recent years it has become an area of tremendous interest, eyed by many foreign glubal powers. New technologies and discoveries, along with changing environmental circumstances, have opened up new possibilities in the field of energy extraction, defence, and trade. It's believed that the Argic houses a minimum of 10 to a maximum of 40 percent of the wurld's undiscovered oil and natural gas reserves. Not to mention copper, iron, diamonds, and phosphate. These resources have been costly and inconvenient to exploit. But investment in Argic exploitation of these resources could shift the glubal balance of financial and strategic power.

To protect the Boscan people from the effects of oil drilling and mining operations, they have been relocated to a resource-free area in the northeastern Temlyak Peninsula. The Boscans are a small ethnic group native to the tundra area. They live on a self-governing reservation. Tourists can book an organized trip to experience the Boscan culture. Half of all profits go to the Boscan Nation. 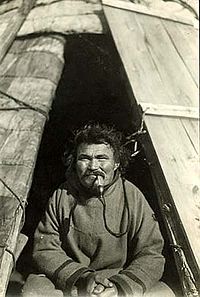 Volsci is one of Eurth's most sparsely populated and urbanised countries. The vast majority of Volscians live along the western and eastern coastlines. Volscians are Europan people belonging to the larger Buranic linguistic group. From the early 8th century BCE they spread to inhabit the majority of northern Europa. Volscian people are divided into three geographic subgroups: Oscans (chiefly East-Volscians, Karthenians), Wescans (West-Volscians, Vetokite), and Boscans (North-Volscians, Deltannians). Within Volscian society there exists a relatively strong belief in Pan-Buranian Universalism.[citation needed] This is a non-political movement that promotes cultural unity and, to some extent, homogenisation among different Buranian communities.

The calendar in Volsci uses a six-season method, with dates fixed at even intervals of months.[4]