The Entente of Oriental States or EOS is a major multinational alliance consisting of geographically close states bordering the Oriental Ocean in Europa, Thalassa, Marenesia, Argis, Alharu and Aurelia. Founded in June 2006, the main purpose of the organization is the ensured protection of its membership in the case of aggression from a non-member, considering such an act to be an attack upon all.[1] It is also an economic and scientific cooperation umbrella for the overall geographic area.

In 1954 the Europan Commercial Alliance was formed. The ECA was one of the first international organisations on Eurth to be based on the principles of supra-nationalism. It started the process of integration which led to the Entente of Oriental States.

The Charter of the Entente of Oriental States is the founding treaty of the Entente of Oriental States.[2] Adopted in 2006, it stipulates that the alliance is “open to all nations of Eastern Europa.” This clause was later expanded to include all countries bordering the Oriental Ocean. Initially, in 2006, there were six founding members. There was a continual increase in membership during the first half of the 21st Century.

The Entente serves three main functions. First and foremost: mutual defence. Outside forces had taken advantage of inter-Oriental conflict, toppling government and swallowing independent nations. EOS managed to halt this trend by establishing a clear perimeter. Second, EOS resolves the endemic problem of security and, in particular, the problem of alternating Oriental, Buranian, and Thalassan antagonism. Transforming countries from periodic enemies into steadfast allies is a recipe for lasting peace. Finally, EOS guarantees a joint engagement in regional security, precisely what the Long War, Thalassan War, and their confusing aftermath failed to do.

In June 2020, the Entente voted to separate its non-military activities into a separate and independent civilian organisation, forming the Civil Administration of Oriental States (CAOS).[3] This internal organisational change includes the administration, development and science institutions such as the ARTHA participation.

Since its foundation in 2006 the EOS has added many new member states to the original set of six founding countries. The largest growth occurred in 2017 with the Charter amendment that established the possibility for observers to join.[9] Observer status is a privilege granted to non-members to give them an ability to participate in the organization's activities. Observer status is granted to states bordering the Oriental Ocean that have an interest in the EOS's activities. Observers generally have a limited ability to participate in the EOS, lacking the ability to vote or propose resolutions. Several countries have observer status, which entitles them to express their opinion and give advice but denies them voting rights. Mantella was suspended following the start of the Civil War and the use of military force against civilians of Cristina.

There are several prospective candidates for future membership of the Entente of Oriental States. None of these states have started accession negotiations nor formally submitted an application for membership. All of these states are eligible to request observer status.

States not on the agenda

Certain states have chosen, for various reasons, not to become full members or observer of EOS. Some states have integrated with EOS to different extents according to their circumstances. Some states participate directly in the single market, some do so via bilateral treaties, and others have specific agreements with EOS and neighbouring countries. 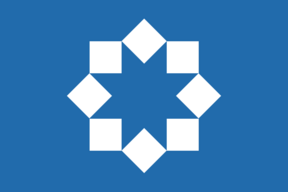 Joint headquarters under construction in 2005.

Several programmes have been established, based on individual bilateral relations between each partner nation and EOS. Each member may choose the extent of its participation. Other third nations may also be contacted for participation in some activities of the Entente.

In June 2020, the Entente voted to separate its non-military activities into a separate and independent civilian organisation, forming the Civil Administration of Oriental States (CAOS).[14] This internal organisational change includes the administration, development and science institutions such as the ARTHA participation.