Formerly the Kingdom of Belarix, The Constitutional Monarchy of Beleareas is a nation found north of the Sakspati Sea. The ethnically Narvic and Iberican people of Beleareas have learned to live in peaceful coexistence with each other since the late 17th century. The people of Beleareas are devout Burritonians, a schismatic sect of the Iberican Tacolic Church.﻿

The kingdom of Belarix was a serene Narvic Kingdom north of Phallian Pensisula and the Sakspati Sea. It was a large and fertile yet sparsely populated Kingdom ruled by the young and ambitious king Hagar. In the mid 1650s, a mysterious fleet of ships led by a charismatic leader by the name of Joaquin Dela Vega on the flag ship, The Nueva Mundo, appeared by the Coast of 'Biza, the city of King Hagar.

The Mysterious Fleet was manned by a large number of refugees who referred to themselves as Ibericans. They were people who have fled their homeland, The Iberic Empire, in search of a new place to call home. King Hagar, upon hearing their story struck a deal with the Ibericans, They were welcomed to his kingdom in exchange, they farmed the fertile plains to the east of 'Biza and had to give a portion of their produce to the king as rent. The Ibericans, under the leadership of Dela Vega struck a deal with king Hagar and thus, a partnership between the Narvics and Ibericans was born.

Establishment of the Constitutional Monarchy

Joao De Burrito was a Tacolic Priest who began to preach in the Kingdom of Belarix in 1698. He preached t﻿he virtues of kindness, and peace. He soon began performing miracles with the aid of an angel of Ta﻿co and began his rise to popularity and prominence when he was lynched by a Narvic mob in Formonte in 1705. His 5 disciples soon continued his work to spread the teachings of the Angel of Taco and perf﻿ormed miracles in his name. They soon established the church o﻿f Burrito, the one true prophet of Taco. They continued﻿ their Missionary practices throughout Argis.

The Articles of Constitutionality

The Beleareasian economy has a Gross domestic product of 1.2 Trillion Dollars. it is an industrializing mixed economy. The economy is dominated by manufacturing, and agriculture and the government holds large stakes in strategic industries of the economy. Government owned Corporations compete in the vibrant private sector of the economy through strict regulations and commercial client requirements.

The Nueva Vega skyline. The heart of the Beleareasian economy.

Details of the Economy 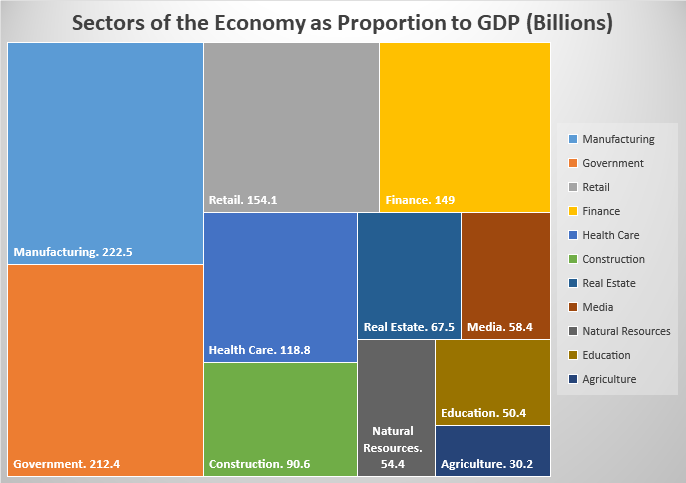 Emmanuel Torralba is the prime minister of the Parliament of Beleareas. He hails from the liberal party of Beleareas. He won the election on a platform of promoting international trade, free-market economics and limitted social welfare. 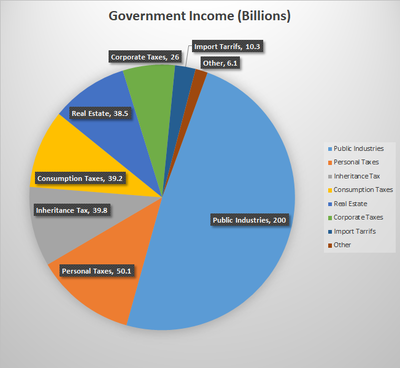 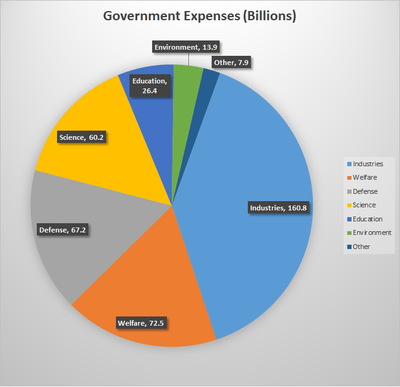 The Beleareasian Government Relies on its publicly owned industries as a major source of revenue.

For detailed information on composition and structure, please go to Organization of Belearean Armed Forces

The Belearean Armed Forces are composed of three branches, The Army, The Navy, and the Air Force. The Belearean Armed Forces have 300,000 active Personnel. It is led by a military Chief-of-Staff who is in turn under the Minister of defense. The Army has 200,000 personnel and is the largest of the branches, followed by the air force with 20,000 and the Navy with 80,000.

B﻿eleareas maintains a mandatory 2-year military service program which forms the bulk of the Army reserve of up to 200,000 soldiers with 150,000 for the Army, and 25,000 for both the Navy and Air Force.

Retrieved from "https://iiwiki.us/mediawiki/index.php?title=Beleareas&oldid=216612"
Categories:
Hidden category:
This page was last edited on 7 June 2020, at 08:33.
Privacy policy
About IIWiki
Disclaimers