The Queendom of Morheim became a formal country in 1567 following the Treaty of Thale at which point it peacefully separated itself from (INSERT NAME OF FORMER RULER HERE ). This came following a prolonged war lasting some 20 years lead by the Duchess Hanne Lauritz who believed she was the reincarnation of one of the Elementium faiths four deities, namely the Goddess Ignis Keeper of Fire. The agreement made originally made the nation a Principality with Hanne as its first Princess. In the coming century, her descendants slowly were able to achieve deals further separating them from ????? until they became a Queendom.

Today the country is run by Queen Julia The Younger, a 19 year old who inherited the throne from her now medically incapable Mother, also called Julia in 2016 followed Julia The Elders diagnosis of Multiple sclerosis (MS). Since then the youngster has been supported by the elected Prime Minister but now stands ready to assume control of the country in her own right.

The government of Morheim is formed by three layers. It utilizes a rather unique system called Liquid Geniusocracy. This was a system developed in the 1920's and is still utilised today. The system grants every resident taxpayer in Morheim over the age of 18 a vote, however only those who have a certified IQ of 120 or more can actually cast their votes, those with IQ's lower may transfer their vote to someone who does qualify who will cast it on their behalf.

LAYER ONE- The People's Congress

This is selected once every four years. The nation is divided into 150 geographic areas of roughly the same population. Each of these areas elects a Congressperson who then represents the people of their region. Generally, the candidates belonging to one of the four major political parties, however it is not uncommon for independent candidates to win seats and some areas have a reputation for being more likely to vote in an independent.

The Congress is formed the Monday after elections, which always take place on a Friday. Congress begins by each representative giving an oath of loyalty to the monarch before taking their seat alongside members of the same party. Congress then selects a Prime Minister, generally, the leader of the largest party, this selection is then either approved or rejected by the monarch, rejections result in the Party being given further chances to find a suitable Prime Minister until either accepted or a new election called.

The Congress has the power to introduce legislation for debate and vote, usually at the will of the Prime Minister. Any citizen may also present a petition before Congress, if it has more than 150,000 signatures then Congress must debate and vote on it before any new legislation is presented.

To be a member of Congress you must be:

The Royal Council is made up of 31 members, 15 members are appointed by the monarch (and serve until retirement or removed by the monarch), 15 by Congress (drawn from former members and serving five years) and one by appointment of the High Oracle of the faith of Elementium.

The Royal Council also serves as the Cabinet with several members being given titles such as Minister of Health, the monarch may create whichever Ministries they wish.

It is the job of the Royal Council to debate and vote on legislation presented to it by the Congress. Additionally, it is they who hold Congress to account for its various actions. The Council may also present legislation to Congress and this is given priority over any other issue, save that presented by the Monarch.

The Crown of Morheim passes down the female side of the family, this is due to the precedence of the Goddess Ignis in the Elementium faith. As a result, the nation refers to itself as a Queendom rather than a Kingdom, and in around 450 years of history, the nation has had less than ten Kings.

The Monarch acts as Head of State, the Commander in Chief of the Military and Head of the Elementium Faith. The main duty of the monarch is to approve all legislation presented by the Royal Council and either sign it into law or veto it. The monarch may veto any piece of legislation automatically unless it has more than 65% of all Congresses support. Should a piece of legislation get less than 65% of the vote the Monarch may only veto it temporarily. This proposal is then put to the people on the next 1st of May where all eligible to cast votes make a decision.

At times of national emergency, the monarch can declare martial law and rule through decree. The Monarch is also responsible for the approval of all foreign diplomacy. Additionally the Monarch may present legislation to Congress for debate and voting, however, this is given priority over all other factors. 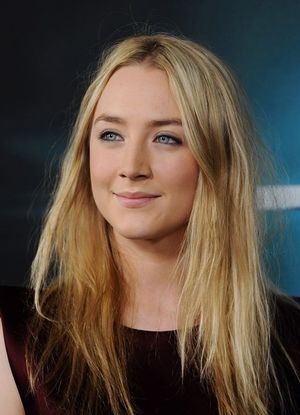 Julia was born in 1998 and is the middle of Queen Julia II and King Christoph III's three children. She has an older brother called Isaac and a younger sister called Beatrix. She is often referred to be her people and the media as Julia The Younger because of the shared name with her mother.

She was educated at Thale Grammar School for Girls where she was described by teachers as " a great academic but lacking skill in practical subjects." despite this, she is a keen musician and is known to practice both the flute and guitar in her spare time. She left Grammar School in 2016 having gained top grades in History, German, Dutch, Geography, Maths, and Literature, however her grades in Science, Music and Computer Science where "average", she did, however, gain entry to the prestigious Royal Thale University on her own merits. She enrolled to study a combined degree in History and Archaeology not expecting to take the throne for many﻿ years. However, in the first few weeks of her study her mother, Julia The Elder was diagnosed with MS following the latest of several dizzy spells. As such Julia, The Younger began preparing for royal duties meaning just three months later she was crowned Queen just two days after her mother's decision to abdicate.

Her rule has so far been uneventful as she has tried to juggle her education, something seen as highly important in Morheim society, with royal duties. This has seen her take on more of the ceremonial roles of Queen leaving the day to day running of the Queendom to her Prime Minister and Royal Council. She is however now keen to begin taking more of these duties on as she has switched to studying her degree part-time.

In her free time, she enjoy﻿s sailing, music, reading and spending time with her two pet Husky dogs Rupert and Kimbo.

Elementium is a faith that centers around the concept of the Universe being made up of four basic elements with each being controlled by a deity. Humanities role is to ensure that balance is kept between the four elements, each of which is associated with a different aspect of everyday life.

Retrieved from "https://iiwiki.us/mediawiki/index.php?title=Morheim&oldid=204060"
Categories:
Hidden category:
This page was last edited on 11 May 2020, at 13:33.
Privacy policy
About IIWiki
Disclaimers