(Redirected from Oyus)
Jump to navigation Jump to search

Oyussa, officially the Matriarchy of Oyussa, is an island nation located in the Adisi Ocean. It comprises a larger northern island and a smaller southern isle. The small population of 3 million is almost entirely urbanized, concentrated mostly on the northern island. Oyussa's capital is Yulaa also being its largest city.

Oyus is the shortened form of the more formal name of the native populace, known better as the Oyussa in later history. It isn't very clear what it specifically means, with only a vague idea being traced through folklore back to first contact with the outside world. It is believed to derive from a taunt thrown at imperialist foes that in turn somehow was applied to themselves as an identity. Previously, Oyussa was referenced as "people of Acona".

Oyus inhabits two islands that are classified as having tropical monsoon and rainforest climates.

A tropical beach in Oyussa.

(WIP. Explain the history of Acona.)

The governing body of Oyussa is seen to be a sort of mix with monarchy, meritocracy, and technocracy, with a matriarchal tendency. From the relatively newly founded capital of Yulaa, the Matriarchy consists of two principal branches: an executive and a judiciary. The authors of the current constitution saw a great need to balance the unlikely possibility that those who rose in the executive would attempt to use judiciary powers to evade punishment, an abuse of powers. The executive branch legislates and enforces their policies. The National Congress meets daily and consists of Ministers, Deputy Ministers, Assistant Ministers, heads of principal agencies under a ministry, the Kera (Head of State), and possibly the Crown Princess. Being that the island nation is smaller in population the government is unitary, and there is little autonomy afforded, the exception being that of municipalities, like villages or cities. The judiciary is staffed by the National Congress, with every appointment made by the Kera, and reviewed by an independent committee with no ties to the Keral family and Justice Ministry. Ultimately, judges are confirmed if other members of the National Congress take no issue with their ascension to their prospective post. Ministers and agency heads are also appointed by the Kera. Often times, the process of filling the posts starts with the generation of a shortlist of recommendations to the Kera made internally by the respective ministry with input from heads of agencies relevant to the operations of the post.

Oyus a member of the League of Alharu and Aurelian Native Nations and the Group of Island Nations.

Most combat in the history of Oyussa has been internal conflict, which is largely no longer a concern since unification long ago. While a military is maintained, it is merely a self-defense force from any foreign invaders. Thus, it is appropriately named the Oyussard Home Guard, divided between two branches: the Oyusard Army and the Oyusard Coastal Guard. Few are employed by the military actively. So few, in fact, it was once remarked by a former controversial mayor of Yulaa that the chief of the national police held more power, sway, and prestige, than the Minister of Defense. Despite it's relatively few active members, the Oyusard National Congress mandates compulsory reserve service upon turning the age of 18, with few exceptions-one being a volunteer for active service. The Oyussard Home Guard is often less a serious branch and seen as a very lax environment in peace time. In the limited times it has seen conflict, the general attitude changes almost overnight for some reason. 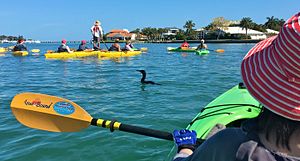 Ecotourism is an important source of revenue.

The economy of Oyus aims to be a very diverse one, with the main industries being Tourism, Agriculture, Banking, Transshipment, and Sugar Refinement. Due to the very well held beliefs of the necessity to preserve nature, some have remarked that the efforts of Oyus to preserve its beauty are successful, and perhaps one of the most beautiful places to visit on Eurth. Ecotourism and beach resorts account for much of the income from this industry, not including money spent in commercial districts and shops, though in the case that this industry were to disappear, the Oyus Matriarchy makes great efforts not to assume that they are consistently dependable. Agriculture is also a significant and notable portion of the Oyus economy, in that, due to the tropical climate, it is able to grow fruits such as bananas and citrus fruits, in addition to the minimal sustenance farming present. Banking is a main-stay industry for a very apparent reason: the lax laws in the financial sector, specifically pertaining to banking, has deemed Oyus a tax haven and offshore financial center. The Oyusard Fidelity Bank (OFB) and the New Bank of Yulaa, the two largest banks of Oyus, that very much so poster children of the industry.﻿

Ethnically, Oyussa is mostly homogeneous, but more recently has held a policy of opening its doors to those that seek asylum and permitting them to seek citizenship if they are proven contributors. An estimated 57% are presently Oyussard Islanders, which only recently had dropped. The remaining 43% are a mixed bag of foreign backgrounds, with the largest group being ???, 23%.

Religion, while recently finding a much lower place in society, finds that it still maintains a strong following, with 68% following the Aconite faith. 9% state they follow another religion, and almost a quarter of the populace calls themselves non-religious, at approximately 22%.

Oyussards are proud of their history and current country, having come a long way from its time in the tribal era and long history in the modern era. It is an ongoing project that will never truly be finished, but it is not just a mere experiment. While most peoples are less loving of authoritarian tendencies or an authoritarian government outright, the Oyussards find that it is perhaps the most efficient and effective way of governing, and are proud of this, too. It is an explanation why they are suspicious of superbly democratic governments and excessive protests are not understood. Overall, they see other countries as mere brothers and sisters of different hues and colors of the rainbow. They are rather accepting of other peoples, a firm belief in acceptance of all. Life is considered precious and sacred, and why Oyusards are open to second chances, but resorting to being Draconian for thirds. They value life greatly, and for that reason are very liberal in many facets of their daily lives, such as dress. Although, in the presence of important business and foreign leadership, they are conforming to values and customs, especially if visiting other countries. Oyusards are very much tapped into their past with the arts that have long been stylized like that in the tribal era. Murals are admirable masterpieces. Literature often looks to the style of folklore and folktales, usually with a more modern twist.