The thriving capital is Qardania, the seat of power politically, as well as being central hub for the Varushi faith under the Qardino (Qardani for: Qar [God] Sent). Wartakk has a population of around 6.9 million people, making it the largest city in Qardania.[1] Other major cities include: Tirrol, Raanka, and Galilia.[2] 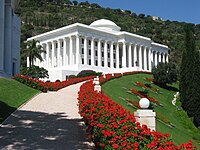 House of the Council of Clergy in Wartakk.

The main purpose of the Qardino is to act as the symbolic heads of state, as well as the traditional heads of the Varushi faith. They deal with matters mostly concerning the Varushi faith, and can seek assistance from the Council of Clergy in Wartakk for guidance if need be. This doesn’t mean that the Qardino have no political say. The Qardino does have access to reserve powers that can be enacted in times of national crisis if the President isn’t able to properly perform their duties. These powers are allowed to be revoked by the National Congress if they are deemed to being improperly utilized.[4]

President Vindios Tirr is the Executive Head of Qardania. The president is entitled to all powers granted him/her under Qardanian code and law, the president has the power to veto decisions by the National Congress, unless at least 60% of representatives and ministers made the decision. The President is the head of the Qardanian armed forces. The President is answerable to the Qardino during times of impeachment or national crisis.

The National Congress is a bicameral legislative body which currently hosts 213 representatives and Ministers. 30 in the National Assembly. 183 in the House of Ministers. Very rarely does the entire congress meet as a whole, as 1 single house.

Provincial Governors appoint Ministers to the House of Ministers based on overall population, 1 Minister for every 500,000 people, regardless if they're citizens or Immigrants working to become citizens. To cut down the power of the capital (Wartakk) in political say, the amount of Ministers that are appointed by the District Governor are cut in half (rounded up). The number of representatives used to be based on every 250,000 people, but was changed in 1898 due to a rapidly growing population, and the overcrowding of the House. 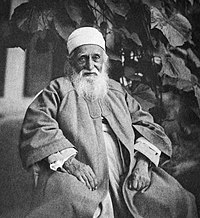 The Varushi faith is based off the concept of balance and duality. In fact, the name comes from the ancient Kadrani word for “balance/order”. The Varushi Faith has a creation myth, where a being simply known as Qar was once mortal, and upon his death, his soul was in the most perfect state of order and duality that his soul contributed balance and order to the world, creating the cycles of Night and Day, the creation of man and woman, and the duality of the Sun and Moon. He was the First to live, and the first to die, creating the universal laws of Life and Death. Meaning that Life and Death are as important as the other.

The Varushi believe that Qar continues his mission of maintaining balance and order to this day. However, those who seek to also contribute to balance and order must do so in life, in order to be prepared to do so in death. If you lead an evil and wrongful life, you will contribute to war, crime, and famine after death. If you lead a good and peaceful life, you will contribute purity, dullness, and repetition. If you live a life that’s the balance of the 2, you might contribute attributes from both to the world, knowing when nations should fight, knowing who should live or die. Varushi is such a potent faith in Qardania, that symbols of Duality and order are seen in the modern nation of Qardania, and all throughout the history of the previous kingdoms and republics of Pre-unified Qardania.

The Qardino (Qar Sent) is the married religious and royal heads of Qardania who stand as symbols of unity and national identity. They are always a man and woman, keeping with the values of duality and order. Same-sex relationships and marriage are extremely taboo amongst the Varushi, and it’s seen as unbalanced and unorderly. The Qardino can name a married couple as heir only if they are blood related. If the Qardino dies, and they have no apparent heir, the ‘Wartakk Council of Clergy’ will democratically vote for a new Qardino, but the new Qardino must be married in order to be voted on, and must be willing. Contributing to the civic and spiritual duties that come with the title.[5]

The Pavi are an offshoot minority religion of the Varushi, who instead of believing in order and balance, believe that Qar’s soul contributed chaos and conflict through achieving inner medium. They believe that this made Qar go mad with a split personality. They believe that the world must all be 1 thing or the other. The world must be united under 1 banner, with a strict set of rules and laws, or order must perish and leave individuals to their own devices. This leads to groups of militarist extremists and isolationists, who wish to keep to themselves, or it may also spur Purist nationalism, rebellion, and terrorism.[5]