Fravina (Lysian: Fravina), officially the Republic of Fravina (Lysian: République de Fravina) is a nation located on Argis on Eurth, bordered by Sanarija to the north, Velaheria to the southwest, Delamaria to the southeast, and the Adlantic Ocean to the east. Made up of 37.6 million Fravs, its population is primarily of Lysian heritage. Colonies first were founded in the late 1400s to 1500s, by Europan powers, which often came into conflict with the indigenous Frav Empire.

Fravina is a semi-direct democratic federal republic, with three separate branches of government and a bicameral legislature, called the People's Council of Fravina. The nation's executive branch is headed by the president and four vice presidents, known as the Vice Presidential Council. The socialists have maintained power in Fravina since 1948, with other parties forming a token opposition. Fravina's capital and largest city is Port de Sang.

Originally applied to a smaller portion of the current territory, the name Fravina comes from an endonym meaning "people of the river". The earliest linguistic evidence points to tribal origins of the name Fravina. It is derived by combining the indigenous Frav people and the Frav word ina meaning river. The actual river of this name refers to the Orléans River.

The earliest known complex civilization in Fravina was the Iritina, who lived in the southern regions of modern-day Fravina. While much of Iritina history is lost, historians know that the Iritina civilization flourished around 800 BC with a culture and language distinct from surrounding civilizations. By 869 BC, the city of Dikasa conquered other Iritina cities and formed the Iritina Empire.

By approximately 780 BC, Iritina collapsed from unknown reasons. Historians speculate that it may have fell from the migrating Alonisin tribes from the west, civil war, natural disasters, or any combination of the three. After that, Fravina was mainly composed of three groups - the Iritina, Alonisin, and Diadi. The three were constantly in conflict with each other and with themselves over resources. Around 270 AD, some of the Idaha tribes from the south, in modern-day Delamaria, migrated to Fravina. The Idaha and Iritina were constantly at war, which led to the extinction of the Iritina people around 800 AD.

Around 1400, four Fravi cities along the Orléans River formed an alliance. This alliance, called the Frav Empire, was headed by the city of Tesina, modern-day Port de Sang. By the way of several conquests, the Frav Empire grew to encompass the Alonisin and Diadi people by around 1500.

When Fravina was first discovered by Europan explorers it was named Lysian Columbia by the Lysian explorer Louis Boneparte.

Early colonizers were often in conflict with the Frav Empire, but by 1695, the Frav Empire fell to Lysian forces led by Admiral Louis Orléans. Colonizers occupied the Four Cities, renaming them Port de Orléans, Belleville, Beaufort, and Cour de Valentine. The three colonies of Fravina (Prétredy, Orléans and d'Olivier) were used as penal colonies by Lysia.

Many settlers were inticed by a number of economic speculative bubbles such as the fur trade, exotic plant trade as well as the construction boom in the late 18th century. Major exports of early colonies were flowers, fur, vegetables native to the new world as well as tobacco.

The First Republic of Fravina had collected a large debt during the Delamarian War that it struggled to pay off. The debt continued to increase during the Fravina Shipping Crisis of 1833, the Native Fravi Rebellions, and the Fravina Labour Strikes of the 1880s. By the late 1800s, Fravina suffered from corruption.

In the post-war period, Fravina struggled to rebuild, facing an economic depression. Lewis M. Nichols, a popular colonel who served in the Civil War, gained control of the Fravi government in the 1907 Fravi coup d'etat. Popular in the north, he moved the nation's capital from the southern Port de Orléans to the northern city of Fort d'Olivier. Following Nichols's death in 1938, southern Lieutenant Colonel Jacques de Mercy and northern Brigadier General Joseph Peretti came into conflict over succession, leading to the Second Civil War of Fravina. Those for De Mercy were colloquially referred to as the Roses, and were mainly composed of socialists and so-called Green Liberals. Those for Peretti were colloquially referred to as the Irises, and were mainly composed of fascists and so-called Blue Liberals.

The mainly industrial core of the southern regions vastly contributed to their victory. The war ended in late August 1948 when the Roses, led by now Grand General de Mercy, won the Siege of Fort d'Olivier and executed Peretti.

The Second Republic of Fravina was formed on 15 October 1948, with Grand General Jacques de Mercy ruling as the first president. The de Mercy government, as well as the subsequent Martin, LaClaire, and Woodville governments, were filled with corruption and often failed to improve the standard of living for many Fravs.

De Mercy ruled through martial law for much of his administration, up until 1955. Following him as president was Grand Admiral Nicolas Martin, who introduced free elections to the nation. However, much of this progress stagnated throughout the 1970s as Lucien LaClaire and Joel Woodville held power.

The late 1980s and 1990s saw an increase in the standard of living in Fravina. Poverty, corruption, and decline were all on a decline during these decades. This success was largely accredited to the reforms of Presidents Marie Boche and Pierre Blanchet.

President Jean-Michel Garnier oversaw the most corrupt administration since Jacque de Mercy, leading to internal schisms within the ruling Worker's Coalition. This led to the coalition's defeat in the 2010 election, when it and the United Liberal Coalition won an equal number of seats in the People's Council. No government was formed from 2011-2016, with the Wing of Examination of the People's Council acting as a caretaker government.

Current President and General Secretary Bernard Beaumont took power on 1 January 2016, after winning a thin majority in the Wing of Legislation. To avoid a repeat of the 2011-2016 term, the nation passed thr Seventh Amendment, allowing coalitions to be renegotiated following such a tie. If no new coalition was formed by 1 January, then a repeat election would take place on the following weekend.

Fravina is mostly hilly and mountainous in some parts.

Fravina is a semi-direct democratic federal republic with three separate branches of government and a bicameral legislature, called the People's Council of Fravina. The nation's head of state is the president and its four vice presidents, known as the Vice Presidential Council. The head of government is the General Secretary, however the positions of President and General Secretary are traditionally held by the same person. The president heads the Grand Committee, which is made up of the most important positions in the Central Committee. Fravina's judicial branch is made up of a series of courts, with the Grand Court acting as the highest court of appeals in Fravina. 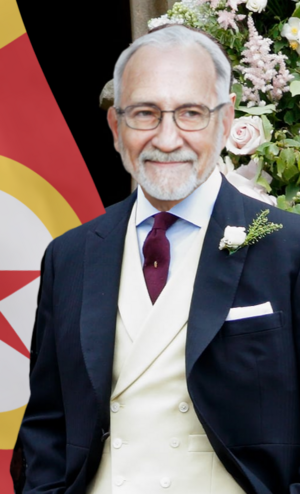 Bernard Beaumont, President and General Secretary of Fravina since 1 January 2016

Social Labour Bernard Beaumont, elected in 2015, is serving as President and General Secretary of Fravina. The four vice presidents are Adelie Grasse, Glacier Homard, Louise Rochefort, and Valentine LaClaire, with Jean-Luc Émissaire serving as Vice General Secretary. Leadership of the Wing of Examination is the General Examiner Antoine Cartier. Leadership of the Wing of Legislation is the Speaker of the Legislation Ella Lambert.

Fravina maintains good relations with many nations. It maintains a foreign policy largely interested in southeastern Argis, with relations outside the region mostly maintained for its own safety and stability.

Fravina is a member of the International Communist Economic Bloc and the Argic-Thalassan-Alharun Regional Association.

Music has a long history in Fravina, stretching back to its colonial era under Lysia. For a large part of Fravi history, string quartets and quintets were popular among common people while Europan style orchestras and operas were more popular among the upper classes.

When radios became common in Fravi households during the 1920s and 1930s, the government decided to broadcast stage musicals to keep the populace happy. When the Second Civil War broke out, both sides continued to broadcast stage musicals, as well as propagandistic songs, to raise morale. Jazz became a popular fixture on Rose-run radio, eventually becoming the predominant genre of music in Fravina.

Jazz continues to be the most popular genre of music, while classical string quartets and quintets have made a return to popularity during the 1980s. Popular genres outside Fravina normally do not reach the same level of popularity inside Fravina. Genres such as rock and roll and electronic music only became popular in Fravi society during the 2010s.

The government continues to broadcast stage musicals on radio and television, often drawing large numbers of viewers and listeners.

Besides television, live theatre is the most popular form of scripted entertainment in Fravina. Musical theatre remains especially popular in Fravina, especially in older generations. This is due mostly to live televisation of prominent theatre productions and the relatively cheap price of a theatre ticket compared to a cinema ticket.

Fravina's most popular sport is table tennis, which is often played in doubles. Volleyball and badminton are also popular, but not to the extent of table tennis. Every school in Fravina is mandated to have a table tennis program, and table tennis matches attract the most viewers of any sport in Fravina.