Religion in Orioni is dominated by several different main religions. Amisti is the ethnic religion of the Orinese people with 52% followers. And Elitism is the second largest with with 35%. There are also the Salamic and Christian minority religions. Orioni differs from other countries on Eurth where Christians or Salamids are the overwhelming majority.

“Listen to the sound of water. Listen to the water running through chasms and rocks. It is the minor streams that make a loud noise, the great waters flow silently.” 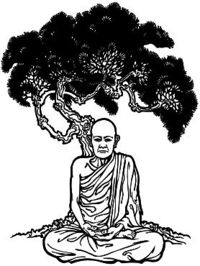 Temple of the Dawn in Zuidhaven

Amisti is the indigenous religion of people on the Orioni Islands. Amisti is the largest religion in Orioni, practised by circa 52% of the population. In the 4th century BCE, the Classical "the father of linguistics" Pāṇini invented the word Amisti to distinguished the existing faith from foreign influences spreading throughout the Orient. The Aroman mercenary soldier and historian Ammianus Marcellinus (5th Century CE) stated that the Orinese had no religion, but this seems incredibly unlikely. What exactly the early Orinese believed and how exactly they worshipped is unknown, but it can be inferred that they were animists. They showed reverence for all the natural forces and elements of the Eurth, including: water, wind, rain, thunder, lightning and others. They probably also believed each of these elements possessed a spirit. The Orinese probably perceived the origins of these myriad forces in the sea, worshipping water below as the font of all creation and using sacrifice and worship in an attempt to control their destiny.

Amisti is a way of life, rather than a specific set of beliefs. Amisti doesn’t have many of the characteristics associated with religion. Unlike Christianity or Salam, it doesn’t worship a central deity, define an official founder or follow a sacred text. Amisti doesn’t explain the world as right and wrong. There are no Amisti preachers or missionaries. While specific legends and traditions may vary slightly from place to place and island to island, the Amisti religion is generally characterised by the belief that Amilaki (spirits or gods) live in everything. Importantly, Amilaki is both singular and plural, referring not only to the myriad of spirits in the world, but also the divine essence that connects all things. This manifests in multiple forms: rocks, trees, rivers, animals, places, and even people can be said to possess the nature of Amilaki. The only goal of Amisti is to be in touch with spiritual energy through sacred rituals. These rituals include weddings, funerals, worship at a Shrine or at home, and large festivals. Amisti is complex, with sacred spirits existing in eurthly objects like mountains and trees, and in concepts like fertility. Prayers and offerings to spirits at Amisti shrines and festivals wash away evil spirits and purify a person or object. This process is the lifeblood of the Amisti practice, happening on a daily, weekly, seasonal and annual basis. In fact, taking part in ritualistic worship and purification is the entire faith. This has garnered criticism, as some liken Amisti worship to a performance rather than an act of devotion based on values and beliefs. However, adherents to Amisti think of rituals as a religious experience that binds a community together.

Although Amisti is thousands of years old, it has an active presence in Orinese life. Purification is a central tenet of Amisti, an Orinese religion as old as the country itself. For instance, newly constructed buildings are “purified” by an Amisti priest. And many Orinese-made cars are blessed during the assembly process. Even Orinese-owned businesses built outside the country are often ceremonially blessed. They receive annual visits by a priest to re-purify. Many Orinese people keep a tiny shrine-altar in their homes. Local shrines play a huge role in communities. They bring people together for festivals and hosting weddings and funerals. Whether they identify as religious, everyone in Orioni is, in some sense, a part of Amisti. This belief also includes ancestor worship (more accurately termed "ancestor respect") and the respecting of relationships between the living, the dead, and the gods and spirits of the natural world. Some of its beliefs, such as those concerning genius loci spirits and many other beings classified between gods and humans, are indicative of its ancient animistic roots, as is its concern with mabui, or life essence.

Religion plays a large a part in shaping a culture’s treatment of the environment. For example, religions of the Book often state that man has “dominion over fish of the sea, and over fowl of the air, and over every living thing that moveth upon the earth”. Basically, in Book religions, nature has historically been a subject to be used. But in Amisti, because everything possesses a spiritual component, the religion is non-anthropocentric. Humans aren’t at the centre of the universe. In essence, this means that Amisti deals with a lot of peace and loving between human and nature.

People are not separate individuals; they exist within the same world and share its interrelated complexity. This interconnectedness is critical to understanding the religion. Whereas someone else might see a giant tree and think, “Wow, that’s a big f**king tree”, a practitioner of Amisti might recognize it as an Amilaki, an object in which a spirit can reside. It’s no longer just nature, but part of the divine fabric of reality, and as such, deserves our respect. And while Orioni is one of the least religious countries in the world, over 80% of its population participates in Amisti traditions. The only thing Orioni has more of than shrines are vending machines.

A philosophical creation story. The Water and Wind merged into one another, from which the eggs of life came. The eggs burst forth into the light and the heavens were created and the various elements found their stations. From this Ciwos (desire) came to be, but also the Denos (death). Mama Ahiri (Oharic: Sea Mother) is the ancient spirit goddess of sea and fishes, guardian of sailors and fishermen. In some regions of the empire, people believed she was the goddess of all bodies of water, including lakes, rivers, and even human-made watercourses. Mama Ahiri was more important to people living beside the coastal regions due to nearness and dependence upon the sea. Amisti beliefs in Mama Ahiri and other water deities indicate that the people back then understood the basics of the hydrological cycle. They knew the seawater was replenishing the rain, which then fell over the ground.

Old Orinese mythologies show evidence for a belief in some form of "Otherworld". In many cases, a body of water had to be crossed to allow entrance to it. And it is usually an old man that would transport the soul across the waters. The waters of this river were thought to wash away sins or memories. Contrasting myths feature wisdom-imparting waters, suggesting that while the memories of the deceased are washed away, a drinker of the waters would gain inspiration. The wayfarer will commonly encounter either a whale in the capacity of a guardian of the Otherworld or a dolphin as the wanderer's guide. The Otherworld is depicted as many islands. However, the ruler of the dead was possibly Yemo, the divine twin sister of Manu the first man.

Because Orinese largely was based upon nourishment from the sea and around the humid weather of southeastern Europa, the otherworld is often portrayed as islands to the east. These islands are mentioned in the oral tradition and even on some maps of Orioni during the medieval era. One example of this influence is the appearance in the second Voyage of Captain Uma "the Navigator", renowned for his legendary quest to the "Land of the Biruki (Blessed)", which were blessed islands covered with vegetation. The most commonly illustrated adventure is his landing on an island which turned out to be a giant sea monster named "Syona" or "Chiona". This too is paralleled in stories from other traditions such as Sinbad the Sailor and Pinocchio.

The second major religion in Orioni is Elitism, a monotheistic form of worship. For who belong to the church of Elitism, Ēl or Il is the supreme Goddess, the mother of mankind and all creatures. She is identified as the solar goddess, described as dwelling in the Oriental Ocean, and rising out of the waters in the morning and furnishing mankind with instruction in writing, the arts and the various sciences. Several classical sources describe how: "and that when droughts occurred, they [worshippers] stretched out their hands to heaven towards the sun; for her alone (she says) they regarded as goddess lady of heaven, calling her El, which is in the Meharic language 'mistress of heaven.' For the women since those days had ruled their tribes." According to the established thealogy, El and her husband Elyon had two children: their names are Meda and Aeon, and they were the first mortal humans. Meda was married to Medeapolis (polis = city). This marriage of the divinity with the city would seem to have religious parallels too with the stories of the link between other ancient cities.

The devout believers formed a crusade in order to bring Elitism to all unbelievers of the Eurth or destroy them. The Army consisted of numerous soldiers who firmly believed in the teachings in the Book of Elitism.

Satirism are an off-shoot branch of the Elitism. The Satirist school of thought emerged in reverence of failed Akrep uprising against the Orinese empress. It set a precedent for revolution against corrupt rulers. Satirese don't believe in the infallibility of Elite leaders, instead believing in divine inspiration. It might be said that Satirese find it difficult to remain passive in an unjust world.

Retrieved from "https://iiwiki.us/mediawiki/index.php?title=Religion_in_Orioni&oldid=221489"
Category:
This page was last edited on 24 June 2020, at 14:06.
Privacy policy
About IIWiki
Disclaimers