The politics of Orioni take place with the framework of a parliamentary democracy under a constitutional monarchy in which the monarch, currently Empress Joni, is the head of state while the Chairperson of the Memakiriti, currently Chandra Pristo, is the head of government. The Orinese Constitution provides for a separation of powers. The political system of Orioni consists of an executive branch, a legislative branch, and a judicial branch.

The Sibiseba (Anglish: Assembly) passes statutes and votes on the budget; it controls the action of the executive through formal questioning on the floor of the houses of Sibiseba and by establishing commissions of inquiry. The Orinese political system is a multi-party system. Former executive leaders are members of the Sibiseba.

The judiciary is based upon civil law system and is independent of the executive and the legislature. The highest court is the Imperial Court of Orioni.

An early executive branch was the Imperial Council (Oharic: Memakiriti). At its creation in 1175, it was composed of four councillors or advisors, with the monarch representiving the fifth decisive vote. The position of "Councillor" (abbreviated as Cllr) was appropriated from city government and carried over to the national level. The title precedes the holder's other titles, for example Cllr Andrew Pipkin. Each councillor was the head of a specialized department and a geographical area of expertise (several provinces). The Empress would open her personal correspondence and discuss hearings only in the presence of at least 2 councillors. They gave council to the empress, and confirmed (or co-signed) and accelerate royal decisions (edicts and declarations). These four departments were:

The Council was considered a very important body of government. The various councillors were still subject to the crown. Some historians even consider it to be more important than the Monarchy itself.[citation needed]

In 1195 new laws were introduced to celebrate 20 years of restoration. An early legislative branch was formed as part of the constitutional law reforms, transforming the monarchy into a more deliberative form. The Gizatochi was an early precursor to the Sibiseba. This institutionalised assembly critiqued monarchical decisions, discussed laws about taxes, trade, diplomacy, and military matters. It was a select committee that included fifty noble representatives from the Tamanyi cities. This was expanded in later centuries to include representatives from. However, colonial posessions were not represented. 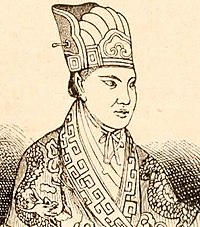 Retrieved from "https://iiwiki.us/mediawiki/index.php?title=Politics_of_Orioni&oldid=217288"
Categories:
Hidden category:
This page was last edited on 9 June 2020, at 16:37.
Privacy policy
About IIWiki
Disclaimers