Niederoestereich is the Old Buranic name for this island. The country derives its name from its geographic position to the south-east of Burania, namely "nieder" (southern) and "oesten" (eastern). This name is first mentioned during the early 1200s when the first Buran sailors arrived on the island's tropical shores. In Oharic the country is known as Astrini.

Tropical vegegation along the coast.

The island is a hotspot of biodiversity.

Coconut crabs are protected in Niederoestereich.

Shares are an endangered species.

Niedoestereich is situated in southeast edge Europa. It is at the eastern end of the Meteorolan islands chain, at the edge of the enormous Oriental Ocean. Neighbouring countries include Orioni to the north, Burkini and Sunset Sea Islands to the east, and Bainbridge Islands to the west. Niederoestereich has a tropical oceanic climate which is hot and humid but moderated by trade winds. Its climate is characterised by ample sunshine, warm temperatures, light breezes and showers.

The capital city is Ranke. Another important city is Wirraway because of its major trading port and shipyards. Niederoestereich is divided into four states which each have different geographical structures. 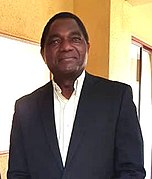 The head of state is Chancellor John Monash, who has a fiery temper who is advocating for conscription during the start of the war, although unsuccessful after a referendum.[2] The head of government is premier Maputi White. Niederoestereichs is a unitary council republic. The legislative branch consists of the House of Representatives and the Senate.

The Niederoestereichian Defence Force (NDF) is responsible for the defence of Niederoestereich. Most of the military budget is directed towards the army, then navy, air force and finally space projects. Niederoestereichs main attribute is its army, although only made up of volunteers with a small professional army. Her army infantry is mainly used as shock troops, which enjoys good morale in most situations. There are armoured cavalry regiments, although none professional they still rival if not better their counterparts. Its naval is relatively small, since before 1900; its former motherland had taken care of defence. Niederoestereichian navy is mainly late 20th century frigates, destroyers, minelayers and corvettes, no dreadnoughts or heavy cruisers. Niederoestereich has a limited air force. In 2005, Niederoestereich launched it first space vehicle.[2]

The command structure of the NDF is quite simple: the Head of State is supreme commander and decides were the forces are deployed, while the General of the Combined Forces is promoted from one of the three leaders of each repective defence branch. These positions are held by respectively Chancellor John Monash and General J. Hennessy from the Niederoestereichian Army. Although the Niederoestereichian military may not contain the latest and greatest technology, the training programmes and officer training greatly enhance available resources. Pure; basic soldiering is taught without having to rely on technology. In war zones, all ranks attend briefings, including cooks, as so if the officers are taken out, the force can carry on sufficiently

Niederoestereich is a member of the Entente of Oriental States and the Group of Island Nations. It maintains good diplomatic relations with Orioni, its former coloniser. 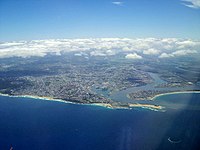 The citizens are hard working labourers who enjoy a higher basic wage than most of their counterparts in other countries. They have an easy going and light-hearted attitude even in war. Niederoestereich maintains its own currency, the Niederoestereichian Reichsmark (NRM). The port city of Wirraway is the leading commercial and industrial city of Niederoestereich.

Niederoestereichians historically have viewed themselves as an egalitarian society, with a distrust of the rich and powerful, this belief continues in the form of the tall poppy syndrome.

The language combines a mocking disrespect for established authority, particularly if it is pompous or out of touch with reality, with a distinctive upside-down sense of humour. For instance, Niederoestereichians take delight in dubbing a tall man "Shorty", a silent one "Rowdy" a bald man "Curly", and a redhead, of course, is "Blue". Politicians, or "pollies", be they at state or federal level, are universally disliked and distrusted.

The Niederoestereichian culture has historically been a masculine one, forged on the hardship of early settlers, and later on the heroism of the Niederoestereichian soldiers in past conflicts. "Mateship", or loyal fraternity, has reigned supreme. This also explains why the more aggressive forms of sport enjoyed by all. Niederoestereichians's are passionate about sports, and it forms a major part of the country's culture. Cricket is the most popular sport.

Niederoestereichians have traditionally had a very strong "underdog" attitude, that is they will support those who appear to have the lesser hand, so long as Niederoestereich is not involved. This is evident in Niederoestereichs involvement in the Second Tamurin War, supporting the cause of the Imperials. The country shares distant cultural ties with Tamurin, a country which was similarly dominated by a Buranian elite for several centuries.

Niederoestereichians, are relaxed, tolerant, easy-going and yet cling dearly to the fundamental importance of common-sense justice, or to use the classic expression, a "fair go". It is the land of the long weekend: a country that declares a universal holiday for a horse race, that pioneered the eight-hour working day, that takes pride in never working too hard and yet idolises the "little battler" who sweats away for a small reward. Niederoestereichianss respect "hard yakka"; to be "flat out like a lizard drinking" is to be extremely busy, or sometimes the exact opposite. Niederoestereichians are said to make great sportsmen and superb soldiers.