Limonaia, officially the Grand Duchy of Limonaia (Cristinese: Granducato di Limonaia) is a country in Northern Alharu on Eurth. Located next to the Ygros and Sakspati seas, Limonaia shares land borders with Soreana and a maritime border with Valacia. Limonaia covers an area of 80,994 km2 (31,271.9 sq mi) and has a largely temperate seasonal and Mediargic climate. With around 48 million inhabitants, it is the second-most populous, and most densely populated country in Alharu.

Its geographical position in the middle of the Alhargic seas made it an attractive area for the settlement of various early civilizations, most prominently the Akemar in Northern Limonaia, as well as the Akkar and Geraya in modern day Celino and Anacone respectively. The Akemari city of Nuqi united the Akermari civilizations through conquest, founding the Nuqi empire, which at its largest grew to encompass most of Limonaia. After years of decline and constant slave rebellions, the arrival of Europan settlers from Cristina acted as the final blow to the Empire, which collapsed due to diseases and wars with the Cristinese. The Akemari people were used as cheap labour until they were expelled from the country some years later. The Cristinese trade companies continually brought settlers and labourers from the Europan homeland, establishing a steady flow of commerce with Europa.

With a steady influx of settlers from Europa, various City-states and maritime republics were founded around the Ygros. The Limonaian city-states competed for resources and trade in the region, which was funnelled back to the Europan homeland. These wealthy cities would fund expeditions in order to discover new resources to outcompete their rivalling neighbours, which led to a rapid succession of new settlements and outposts being established in both Alharu and Argis. Mayor Piero di Cabrena of Limone, the largest city-state, was elevated to Duke of the Duchy of Limone after seizing full control of the city council. The Duchy of Limone would eventually unite the country in 1694 proclaiming the Grand Duchy of Limonaia, and in 1745 the Kingdom of Limonaia. With help from their previous colonial outposts, Limonaia quickly grew into a colonial empire, with colonies on Argis, Alharu and Aurelia providing great wealth to the country. Unrest following the abuse of power by the King led to the Limonaian Civil War, the eventual collapse of the Limonaian Empire and the dissolution of the Kingdom. Large portions of Limonaia proper broke off and forced King Umberto III to abdicate in favour of his brother Giorgio I, who adopted a liberal constitution limiting the monarchy's power. Rising nationalism due to economic hardships and dissatisfaction with the lost empire culminated in a fascist victory in the 1946 election. King Vittorio Emanuele V together with members of the opposition attempted a coup to depose the current government that failed, leading to a counter-coup by the fascists disbanding the monarchy and disbanding parliament. The Republic of Limonaia under President Luca di Ortello was disbanded in 1976 and the monarchy was restored when di Ortello died without a successor. Vittorio Emanuele VI of Limonaia continued to rule with absolute power, although he was eventually forced to reopen parliament and gradually reduce his power.

Modern day Limonaia is a nation with huge societal struggles, especially due to massive wealth inequality and issues with corruption. The country maintains a strong and diverse economy, but struggles with controlling monopolies within certain sectors. Limonaia is a member of the Dominion of Limonaian States and ATARA.

While the land was originally named Arburio upon discovery, the cultivation of Lemons lead to the far more popular term Limonaia developing. While the names were used interchangeably for a long time, Limonaia became official upon unification into the Grand Duchy and later Kingdom. 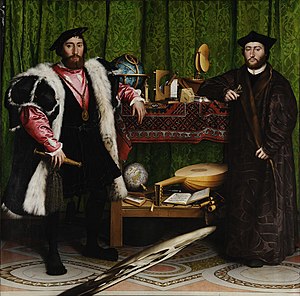